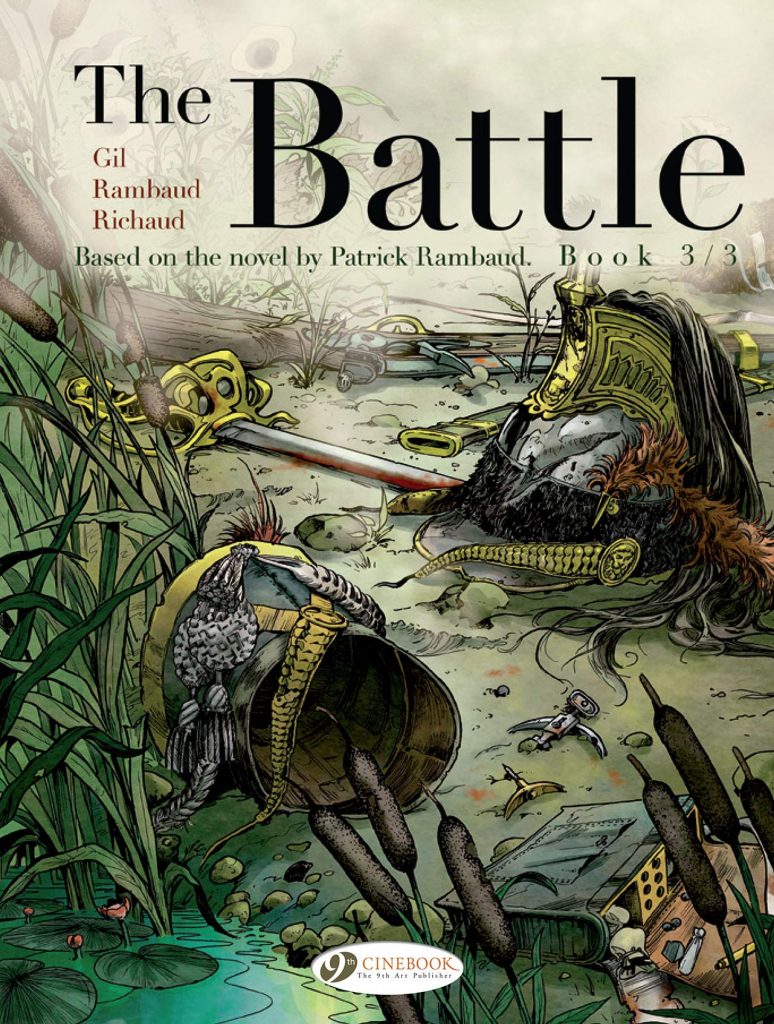 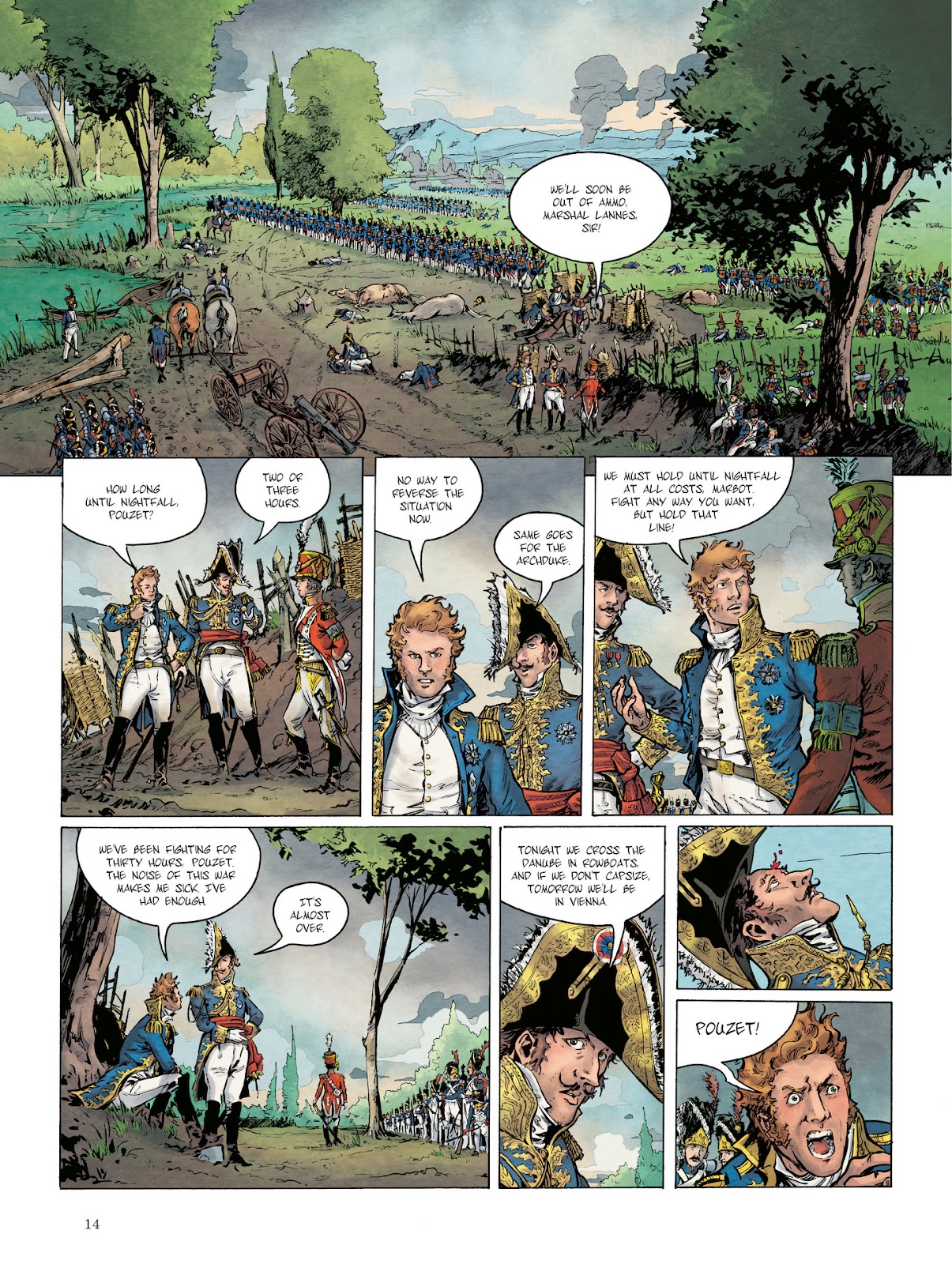 Book 3 concludes Frédéric Richaud and Iván Gil’s adaptation of Patrick Rambaud’s award winning novel about May 1809’s Battle of Essling, the first time Napoleon’s forces had been pushed back, although at a massive cost in human lives on both sides. Rambaud’s novel introduced a few characters and then placed them in the middle of the battle, but at various locations, among the French forces at least, to build a complete picture of the strain they were under. The efforts of Archduke Charles on the Austrian side are only acknowledged by the result, and he remains a faceless enemy.

Key to Napoleon’s strategy was constructing a boat bridge across the Danube river, and as Book 2 ended that had been breached, with repairs not possible at short notice, leaving French troops stranded on the wrong side of the river and no back-up arriving. The troops are aware of their insecure position, and are desperately scrambling back to an island in the river as Book 3 opens.

Napoleon in the previous books is a decisive man, maybe believing his myth, but certainly confident in his decisions when others would disagree. Here he’s aware he may not be losing, but neither is he winning, and after honesty from a trusted marshal he’s seen as uncertain for the first time, which is an interesting departure. From it he conceives another wily strategy. Also interesting is the final fate of the nearest the story has to an outright villain. We’re led to believe a different path, and the consequences of his stare into the abyss are suprising.

Gil’s contribution is again outstanding. There are fewer battle scenes this time, yet they’re as horrific as they have been. A single page illustration providing a perspective on the French lines is stunning, and deceptively simple. The cast bounce with life, the expressions and postures magnificent, and he’s completely convincing about the period.

Events in Vienna away from the battlefield are an aspect of Rambaud’s plot awkwardly treated in this adaptation. The clumsy diversions are necessary in setting up one powerful scene in the final chapter, but others are weaker for the adaptation being limited to 150 pages. There hasn’t been enough space to establish people as anything other than names as the conflict itself takes precedence, and even Lejeune, an exception to that, in these scenes seems a fickle libertine, not an upright heroic figure. It’s unclear if that was always part of his character or results from what he’s seen. Overall, though, The Battle is an admirable adaptation, and a project to be proud of, with the tragedy and futility transmitting exceptionally well.

At the time the Battle of Essling was a stalemate with mass casualties, but it proved that Napoleon wasn’t invincible. The Battle’s ending, though, is enigmatic for readers unaware of military history, Wagram being the battle in which Napoleon with reinforcements beat the Austrian resistance. The subsequent careers of the primary cast, mostly real people, are summarised in text pages after the story. Just one lived a long and fulfilling life. Rambaud followed The Battle’s success with another deeply researched historical novel about an even worse setback for Napoleon, which Richaud and Gil have also adapted over three parts as Berezina.