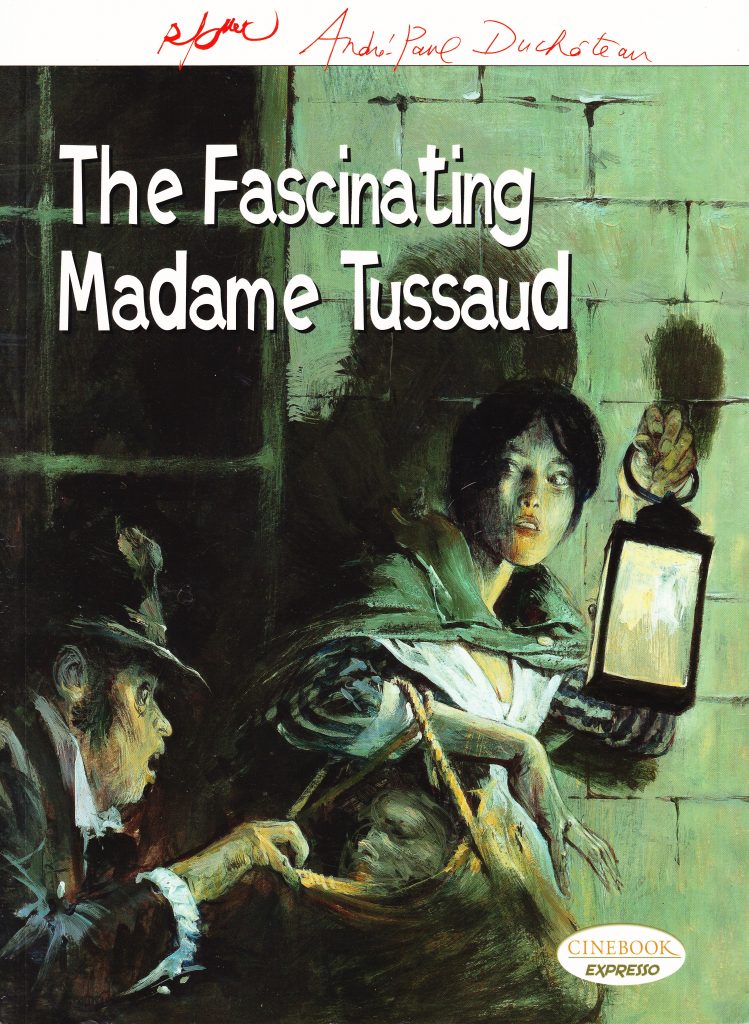 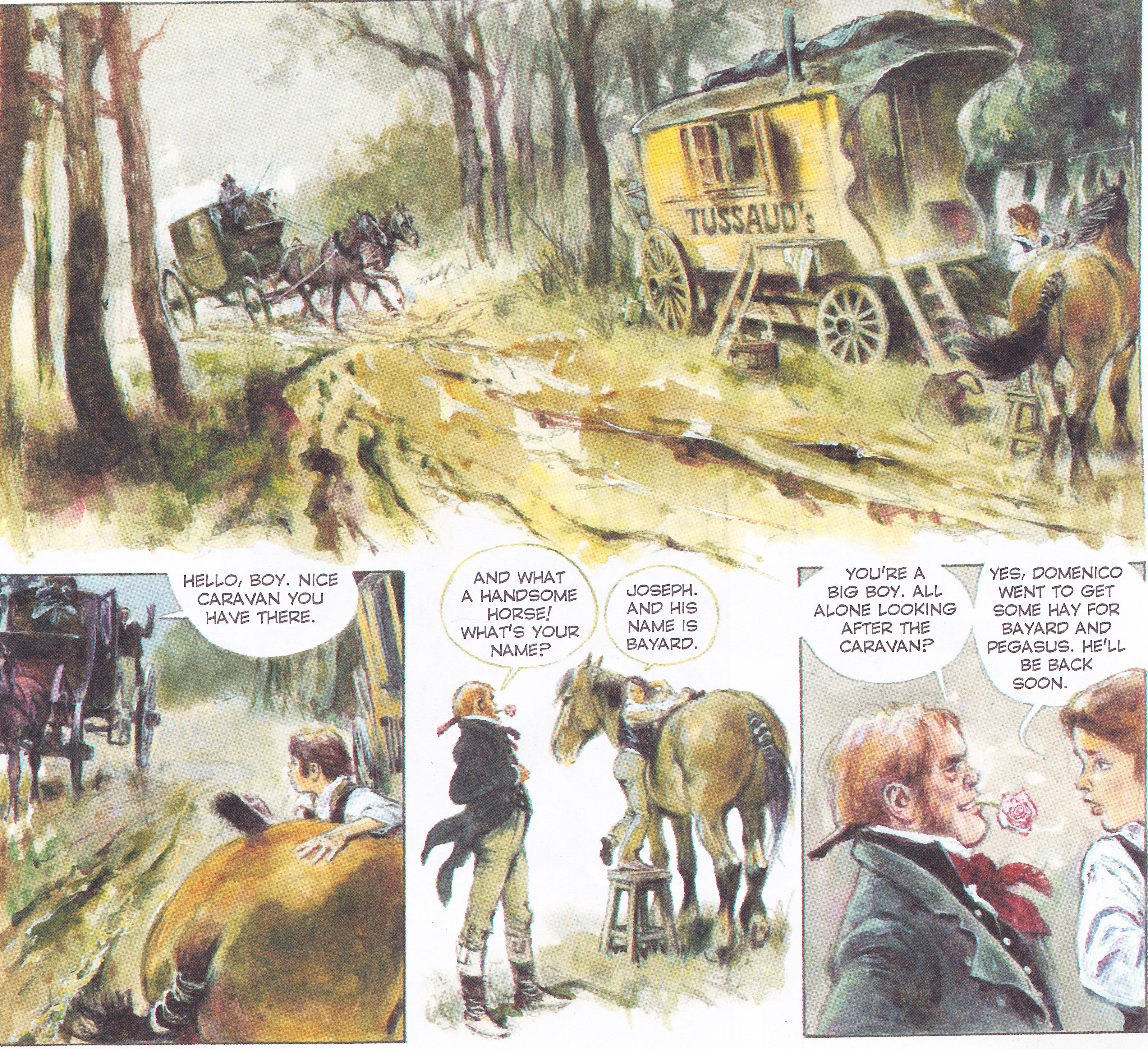 If you travel to London for the first time, chances are you will be asked if you are visiting Madame Tussauds™ legendary wax museum. Long before she became Madame Tussaud she was Marie Grosholtz, a young woman with a talent for creating lifelike wax sculptures. Her life story is truly fascinating- even if wax sculptor doesn’t sound like it- and is the subject of this semi-biographical novelisation of her rise to international household name.

When artist René Follet was commissioned to illustrate the cover for André-Paul Duchâteau’s book on Tussaud, he convinced the writer to adapt it into the comic’s format. Printed as The Fascinating Madame Tussaud by Cinebook, it’s a book of two halves originally published as Terreur 1-2 in French. The first section focuses on Tussaud’s early life living in Paris during the terrifying upheaval of the French Revolution. Told through her own eyes when she is still Marie Grossholz, she makes wax masks of executed nobles and intellectuals in an effort to keep her exiled uncle’s museum of wax curiosities open. Part two is set roughly 20 years on as the unhappily married Madame Tussaud, now in her early forties, is travelling to England. Narrated by her son it documents her rise from travelling entertainer to national celebrity.

The theme that connects the halves is a conspiracy involving the missing French crown jewels. Both the revolutionaries and the nobility are searching for a missing diamond they believe is hidden on one of Marie’s wax models. It’s a drama that spans decades and follows her across the English Channel, weaving fictional accounts with historical events. In some places the names are altered to facilitate the heist conspiracy, like that of her first business partner in England. To quote Duchâteau’s foreword, “the most shocking, the least believable and the most dramatic facts that appear on the superb Follet pages are real”.

Tussaud’s life is utterly fascinating, a woman who was knocked down many times and stood up over and over. Imprisonment, a loveless marriage, and a friendship with Napoleon’s wife Josephine are less impressive than Marie’s tenacity and shrewdness. That’s what shines through most with Duchâteau’s heist caper intriguing though cliché, the transfer from novel to illustrated script not entirely smooth. We only view things from Marie’s perspective, so how and why she is accused can leave the reader as puzzled as Marie herself. The choice to focus only on specific time spans within Tussaud’s life does leave questions hanging. Why was her marriage unhappy? What happened to Marie’s mother after the civil war? This isn’t a full biography so the questions pique further interest. but are not essential to the novelisation.

Follet’s art is beautiful and the main attraction, Duchâteau himself declaring so. He captures the horror and paranoia of the Revolution perfectly, his depictions of the period’s fashion, art, architecture and culture exquisite. It’s the way he portrays his cast that’s most impressive. Their movements are graceful, Follet able to garner sympathy or disgust for characters as and when they each need it. Marie herself has an air of dignity, the artist capturing her spirit, tenacity, intelligence and artistic skill. In a time where women had relatively few civil liberties, Tussaud overcame situations that would leave most men in crisis. Who she was and what she achieved remains inspiring.

The Fascinating Madame Tussuad has an entertaining storyline running parallel with her more interesting real life. It’s a pleasantly readable and beautifully rendered introduction to the tour-de-force that was and forever is Marie Tussaud.