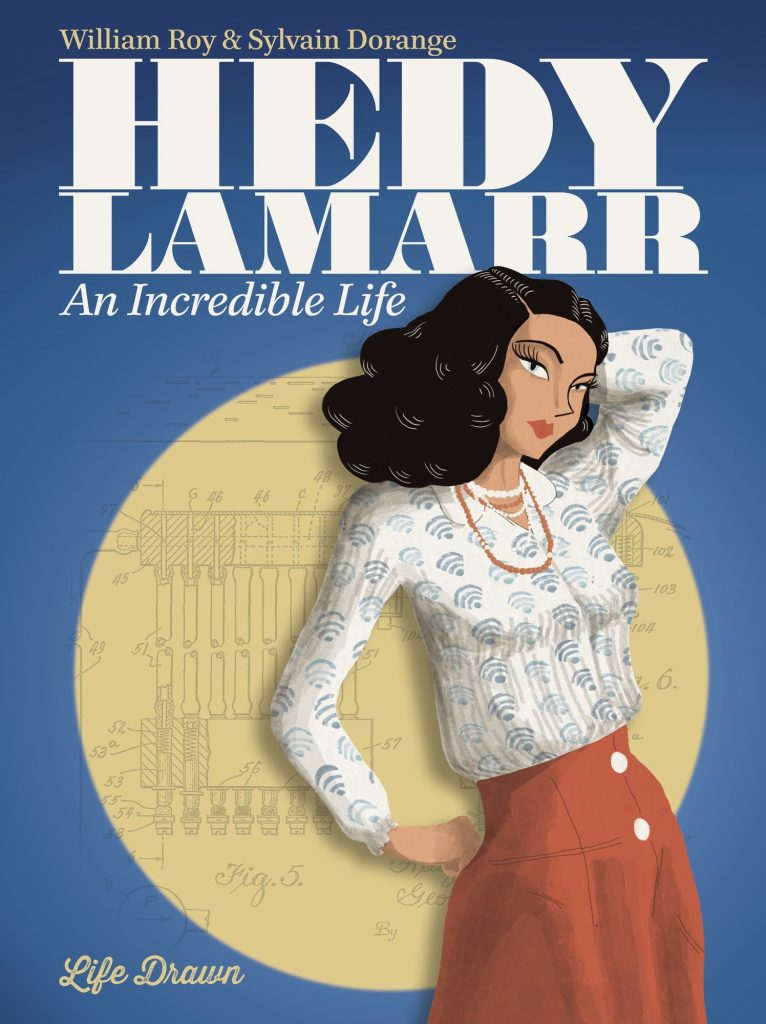 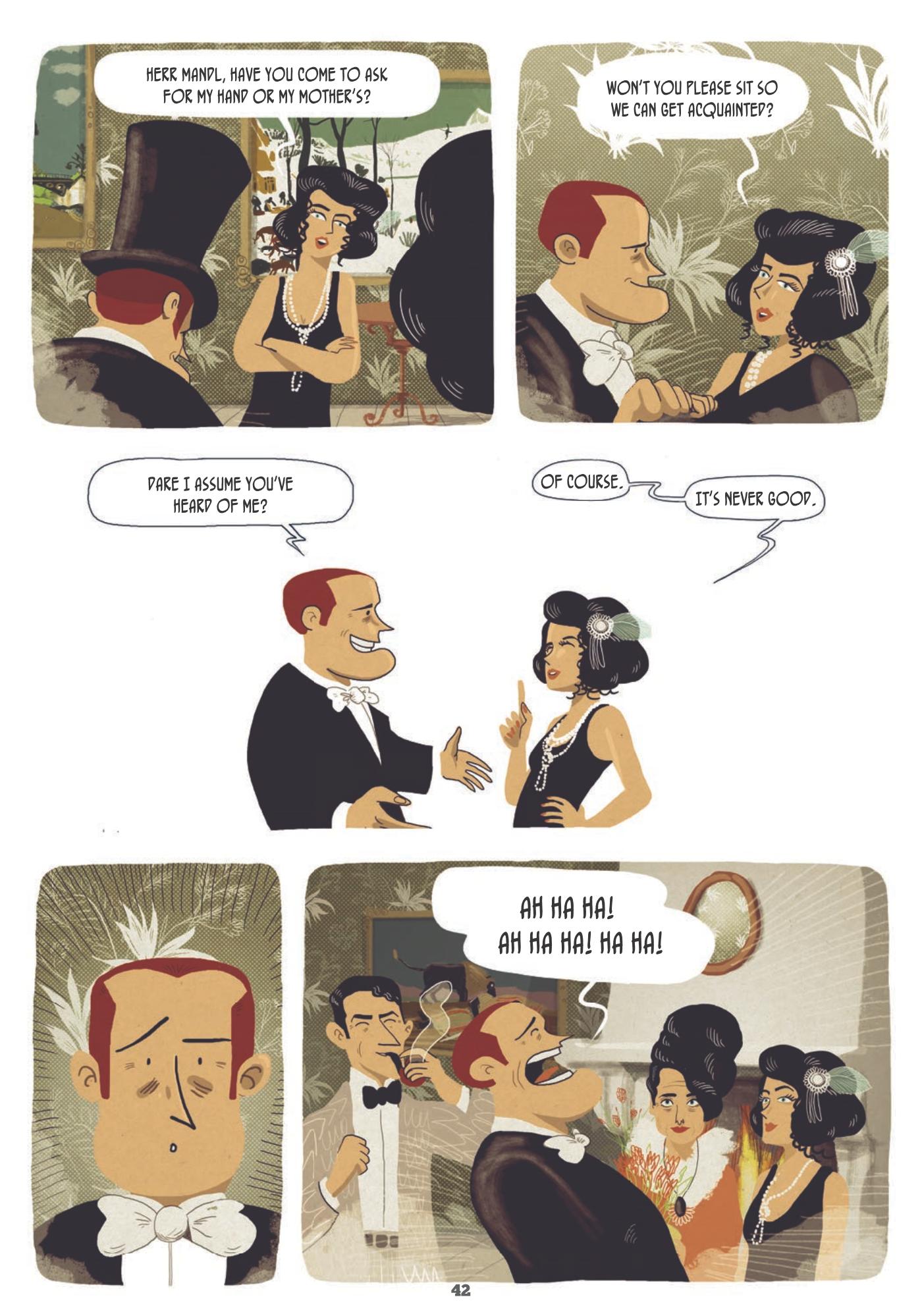 Hedy Lamarr was by any standards a remarkable woman who lived a remarkable life. This has been briefly spotlighted in a 2006 educational comic by Trina Robbins and Cynthia Martin, and by Pénélope Bagieu in her Brazen collection, but William Roy and Sylvain Dorange providing a more detailed biography is very welcome.

The original French version was titled The Most Beautiful Woman in the World, which is how film producers promoted Hedy Lamarr. Still a teenager, she took a daring role in the silent film Extase, in the days before films routinely required a censor’s certification. That however, was just the beginning of her story, and while she was undeniably beautiful and not above exploiting that, she didn’t let her looks define her.

Roy and Dorange begin by illustrating Lamarr’s 1957 appearance on What’s My Line? (see around 15 minutes in), in which an experienced panel guess her relatively rapidly, displaying how well known she was in her day. Her Viennese upbringing was with a liberal banker father who had an interest in science and passed that appreciation to his daughter at a young age, along with a spirit of independence. Married early, she seemingly led an impossibly glamorous life, but was in fact a bird in a gilded cage at a time when anyone Jewish in 1930s Austria was increasingly endangered.

A feeling of being trapped would characterise Lamarr’s life, and in the light of the #metoo generation, what Lamarr endured from Hollywood is instructive. An astute narrative choice by Roy removes her from attention for the final third of the book, respecting her withdrawal from the limelight, but supplying her through the prism of others’ opinions, headlines and belated recognition. His estimation of her personality is very clear: she possessed a civic duty, yet pleased herself and maintained her principles, money being a secondary concern. It could be inferred that Roy considers this responsible for her later less happy moments, but read the book to learn why the world as we know it today wouldn’t exist without Hedy Lamarr.

Faced with the daunting task of representing the most beautiful woman in the world, Dorange opts for retro cartooning rather than hanging a millstone around his neck by going for a figurative style. The art is charming throughout, verging on caricature in places, but lively and clever in evoking a period through the style alone. Working directly with colour rather than adding it to outlined work creates a unique look, and Dorange is adaptable enough to apply his style to scrapbook style montages of film posters and newspaper articles.

It’s a great shame that true and lasting recognition of Hedy Lamarr’s talents only came in the twilight of her life, when she shunned public appearances. Her reputation since has only grown, and is now cemented, her contribution to humanity extending well beyond her films. Roy and Dorange’s commendable production is timely and entertaining.