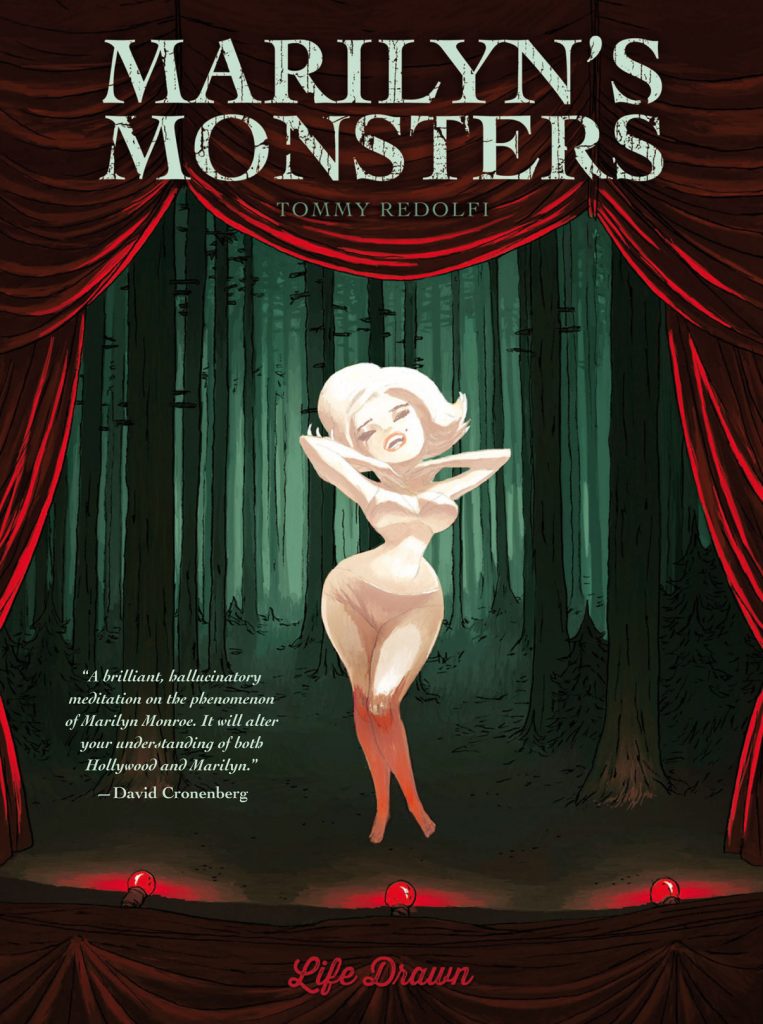 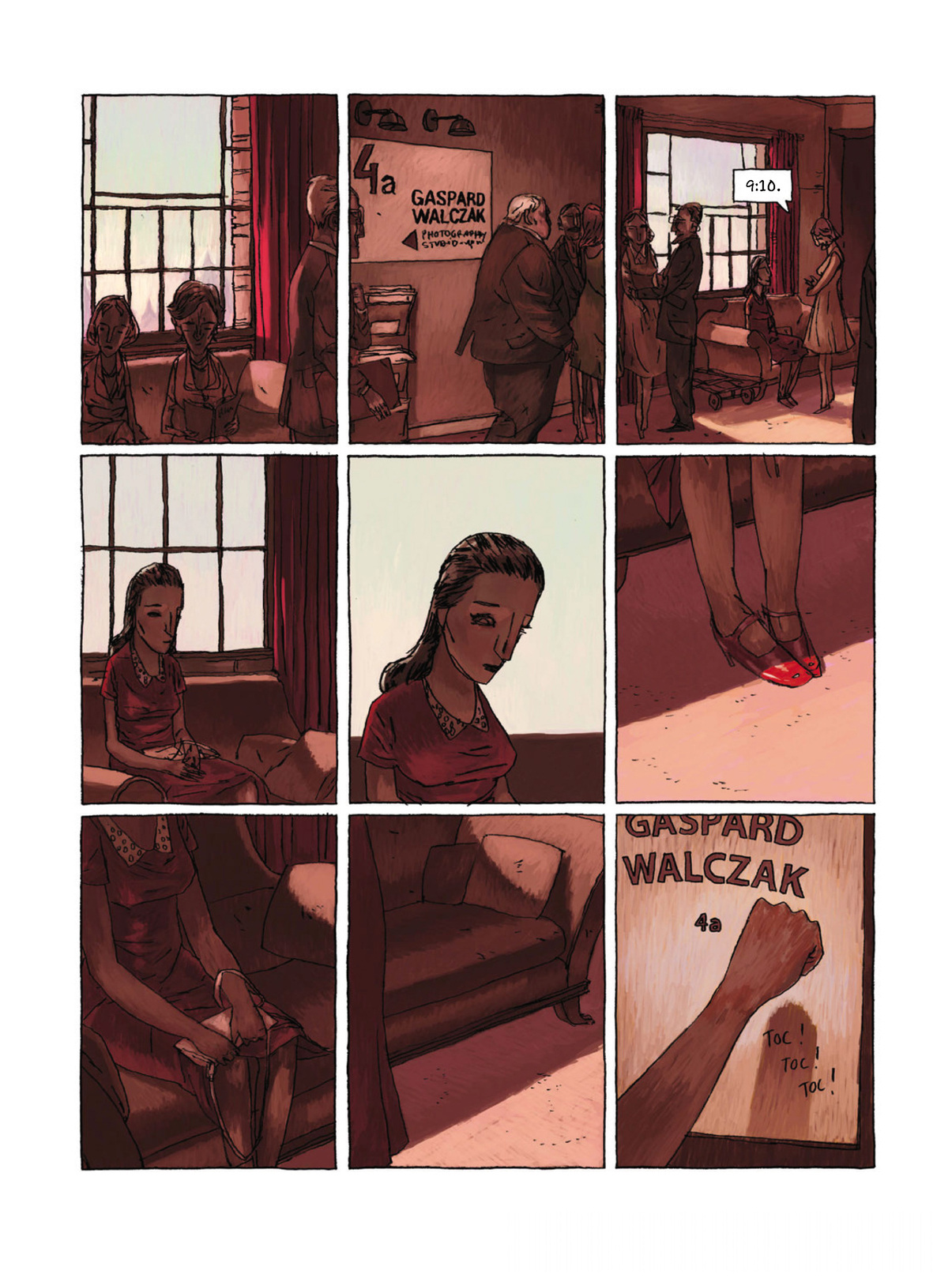 It might be assumed that Marilyn Monroe’s myth, reality and legend have been so raked over there’s no new way of viewing her. It turns out there is, and not just her, but the exploitative Hollywood machine that manufactured her.

Marilyn’s story is told as if a fairy tale, the cute country kid arriving by bus at the Holy Woods, a remote area populated by caravans overseen by carnival performers the movie industry has rendered obsolete. Norma Jean Baker is stuttering and shy, but has an overwhelming dream to succeed in movies. These are overseen by a decrepit, almost mummified couple, the Founders, whose orders are followed without questions by a cabal of two dozen old white men who’re presumed to make all the important decisions in a gloomy room.

Creator Tommy Redolfi re-imagines the morphing of Norma Jean into Marilyn in surreal and disturbing terms, having more in common with the hallucinogenic visions of David Lynch than the 1950s glamour associated with Marilyn Monroe. His jagged drawing, often presenting his confined characters as seen through a fish eye lens, in constant gloom, and the eccentric, sinister, people heightens the atmosphere of the pre-fame days. Everyone has a different Marilyn in their mind, and Redolfi’s is the eternal child. Light and space manifest after her transformation, but despite the surroundings Redolfi’s Marilyn is isolated and as trapped as she was within her previous cramped environment, unable to bond lastingly with anyone as they all see the image, not her.

Redolfi’s storytelling is novel, consistently morphing along with Marilyn’s moods. A long period of gloom gives way to brightness, and delicate watercolour panels in alluring shades, but also children’s illustrations, and blank panels with text representing phone conversations. As on the cover, at her peak Marilyn is projected in radiant light, and almost always in white, an innocent in a corrupt and hateful world.

Having set out a particular path for Marilyn’s Monsters, Redolfi is as trapped as his version of Marilyn, and while novel to begin with, the dreamlike surreality tests the patience by the end. As in dreams, characters drift in and out, and only Marilyn anchors the weaving plot, into which a parade of supporting personalities briefly drift in before being discarded. His vision of her as the innocent is also too simple. It ultimately leaves a fairy tale reflection providing a series of small scenes that never coalesce into an intended bigger picture.