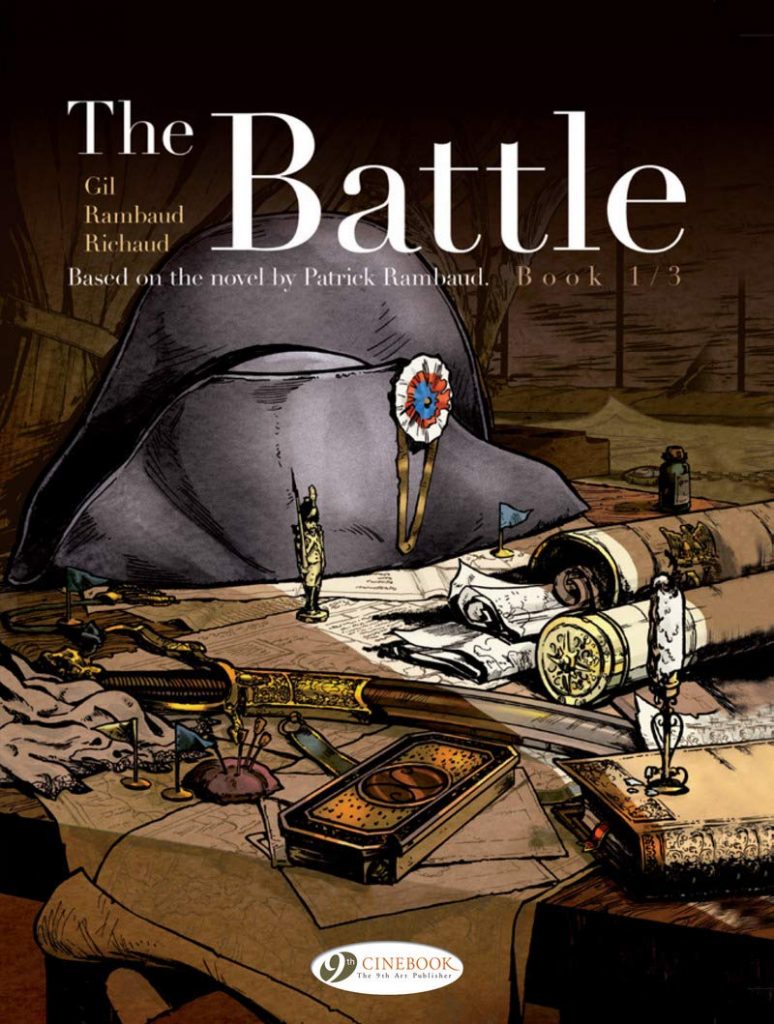 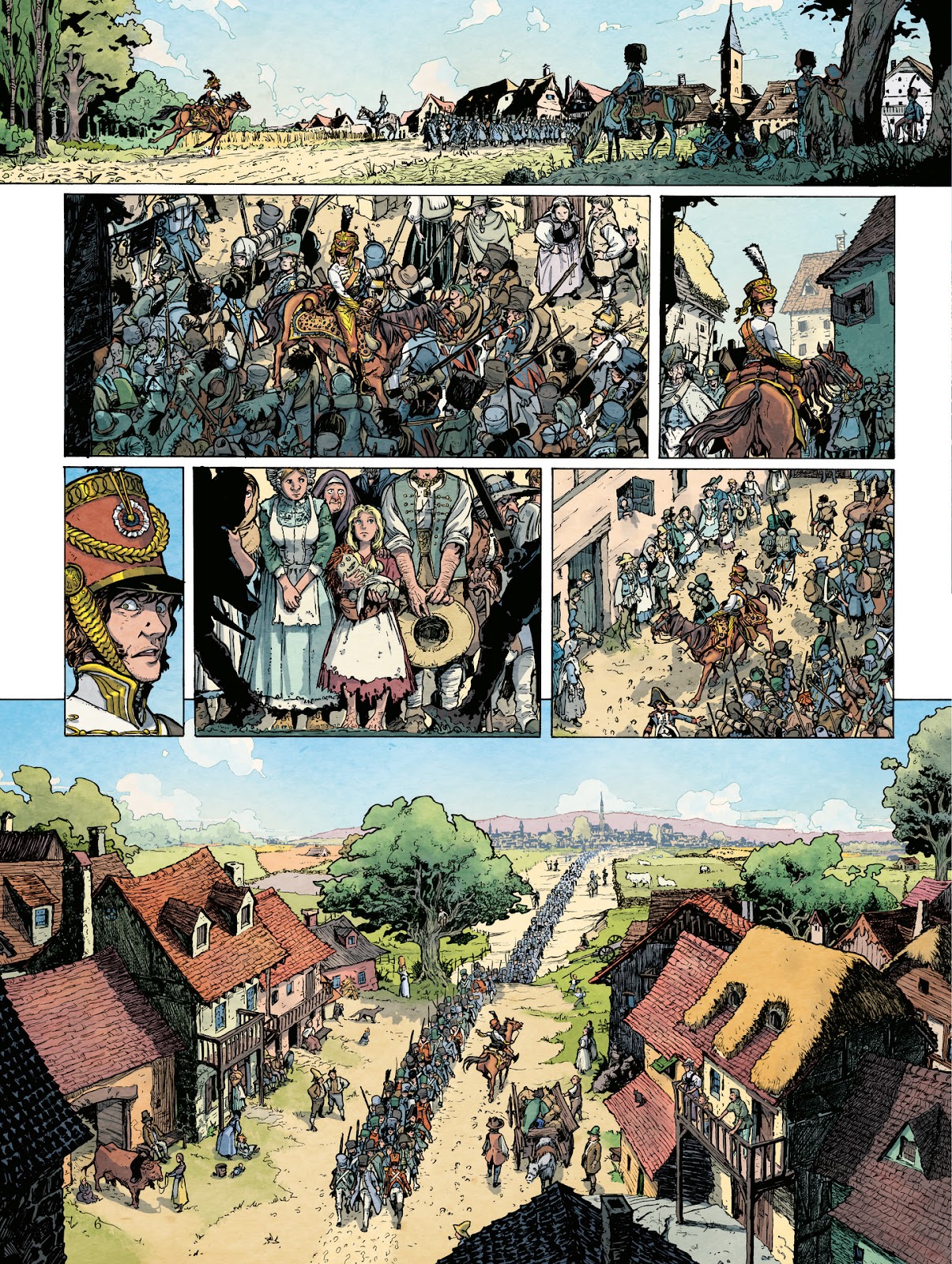 Graphic novels set around historical incidents are relatively rare in English, yet there’s a long tradition of them in Franco-Belgian comics, with many famous names starting out on such detail-heavy and character-oriented projects. It’s nice, therefore to see Cinebook presenting The Battle in English, adapting Patrick Rambaud’s award winning novel, and the work that cemented his reputation in 1996. It concerns the Napoleonic era, which has proved rich pickings for European creators, not least because Napoleon’s forces occupied much of mainland Europe at one point.

Rambaud’s introduction notes he didn’t want to attempt the graphic novel himself, but he’s pleased with the work of Frédéric Richaud and Iván Gil, indicating a faithful adaptation. He should be pleased. Over three volumes The Battle is an epic presentation, detailed and ambitious, humanising a moment when the tide turned. The 1809 Battle of Essling may be little taught in UK and US history classes, but it was a pivotal moment in European history, and the Napoleonic Wars.

Napoleon numbers among the world’s greatest ever military strategists, generating victories from unlikely situations, and having already occupied Vienna, in 1809 he anticipated moving his troops North of the Danube and fooling the Austrians while whittling down their forces. At the time, the Austro-Hungarian Empire was a major European state, and well capable of marshalling their own forces.

The Battle is written in the tradition of epic works like Les Miserables or War and Peace, using ordinary people as the window into momentous events. The starting point is Colonel Louis-François Lejeune, a fundamentally decent officer with Napoleon’s ear who’s obsessed with a Viennese woman. His polar opposite is dissolute cavalry swordsman Fayolle, and the cast spreads outward from there.

Spanish artist Gil was a relative newcomer on beginning The Battle, and while an occasional small indication betrays that, his work ethic astonishes. Rambaud’s introduction likens him to Velasquez, which may seem exaggeration, yet it’s a valid observation as there’s phenomenal effort taken to establish locations, he supplies great life and personality to the distinctive people, and by god a crowd is a crowd, and a battle is a battle. Look at the effort on the sample art, and then imagine how a highly touted new American artist would draw it. Gil is a different level, and almost any of the 52 story pages could have been selected to show that.

As with so many plans, Napoleon’s for Essling is brilliant in principle, but Richaud brings out how principle doesn’t always match reality. His backlist was slightly more extensive than Gil’s on starting The Battle, but hardly vast. Importantly, though, his background was historical fiction, and his adaptation focuses on the essential character moments without neglecting the action.

Interestingly, while the cover has The Battle based on Rambaud’s novel, the indicia page refers to being loosely inspired by it. Either way, this opening chapter covers a lot of ground thrillingly. The battle has begun by the end of this book, and continues in Book 2. This ends, though, with four pages of notes and contextualisation from Rambaud explaining how Balzac had attempted to place the battle at the centre of a novel, and his own priorities when writing the original. 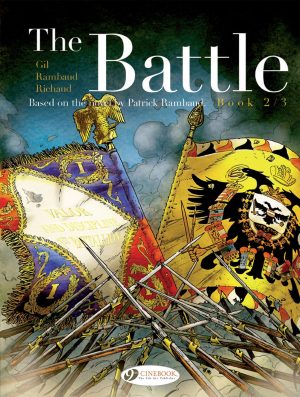 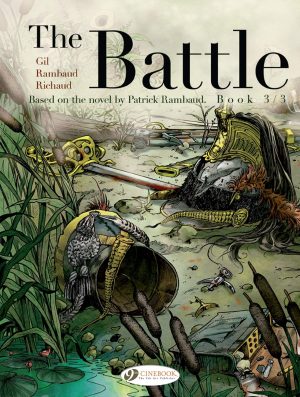