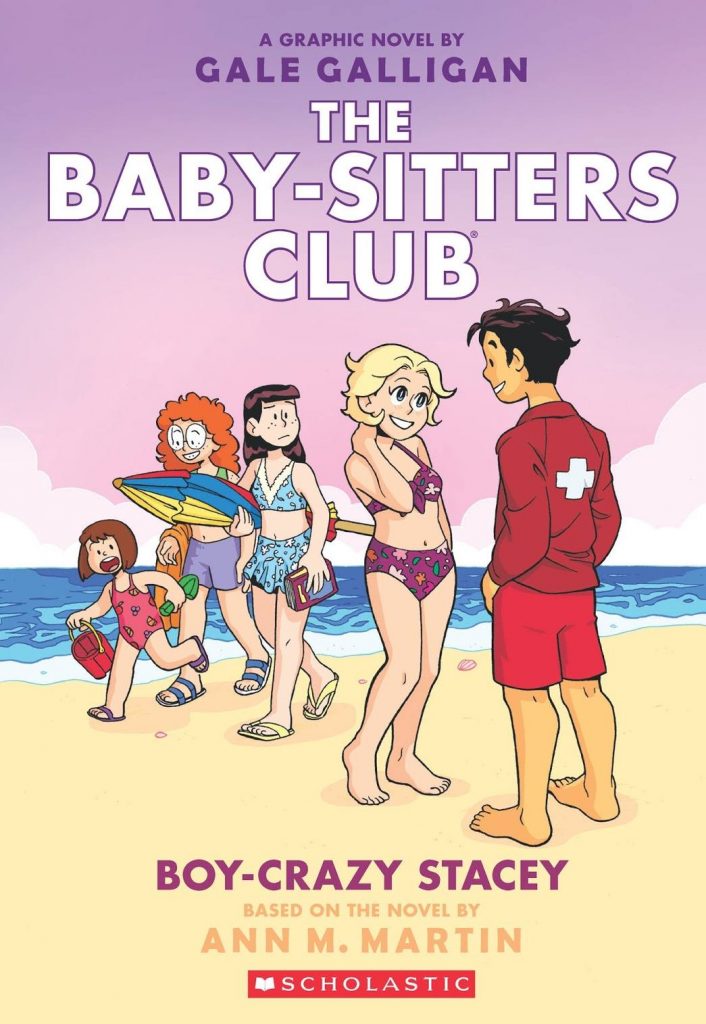 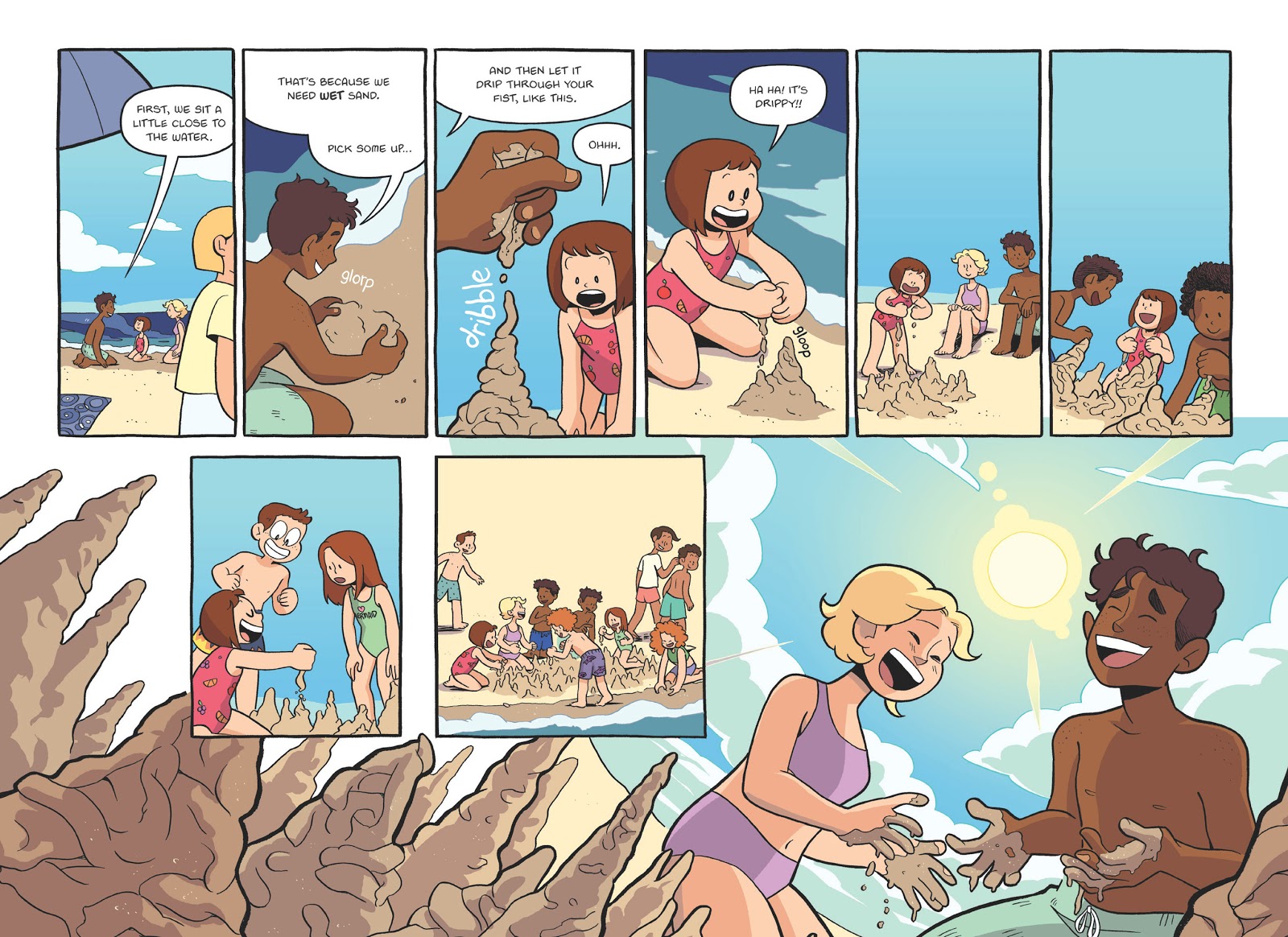 Considering that the Baby-Sitters Club stories are about a bunch of twelve and thirteen year old girls, there’s been little acknowledgement in the series of the awakening attractions that come with puberty. A couple of comments about Kristy’s brothers by Stacey a few books back is the only real step near the subject, and having established that Stacey at least has eyes for boys, Ann M. Martin takes that a step further with the story of a summer crush. The title somewhat exaggerates Stacey’s behaviour.

That comes about because the Pike family have eight children. They feel that to give their eldest a break, they could also take the kids’ favourite babysitters Stacey and Mary Anne on holiday with them. It’s a grand trip to a large beach house.

Charm is a consistent aspect of these adaptations and however charming the novels may be, it’s ramped up by Gale Galligan’s sure touch in drawing the cast, and making the beach holiday venue a place you’d like to visit. Over the two previous books Galligan has broadened her artistic template and provides treats for the girl readers not only in the form of pin-up spreads, but also using those spreads imaginatively. There’s one here laying out the clothes the girls intend packing and another pictures the attractions of the boardwalk. Galligan also changes the notebook entries usually separating chapters to postcards home.

Tension develops when Stacey develops a crush on the local lifeguard, neglecting her babysitting duties to hang around him, and leaving Mary Anne to supervise the wild children on her own. Adults reading this with their children will probably figure out where the plot is heading a fair while before it arrives there, but younger readers without having experienced the heartbreak of first love won’t, so the plot stands up. A few home truths are needed, and supplied, and because these are generally cheery books, things work out better than they might in real life.

The Baby-Sitters Club graphic novels are every bit as engaging as the source material, and Martin’s stories transfer so well that you’d not know they were adaptations if they’re the introduction to the stories. This is another success, and Logan Likes Mary Anne is next.