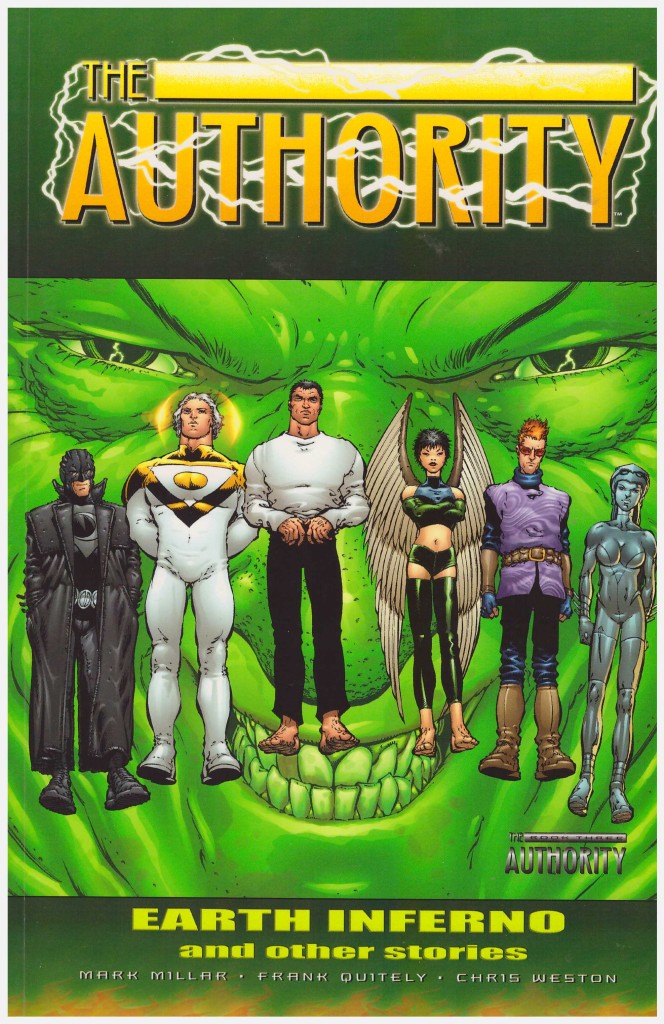 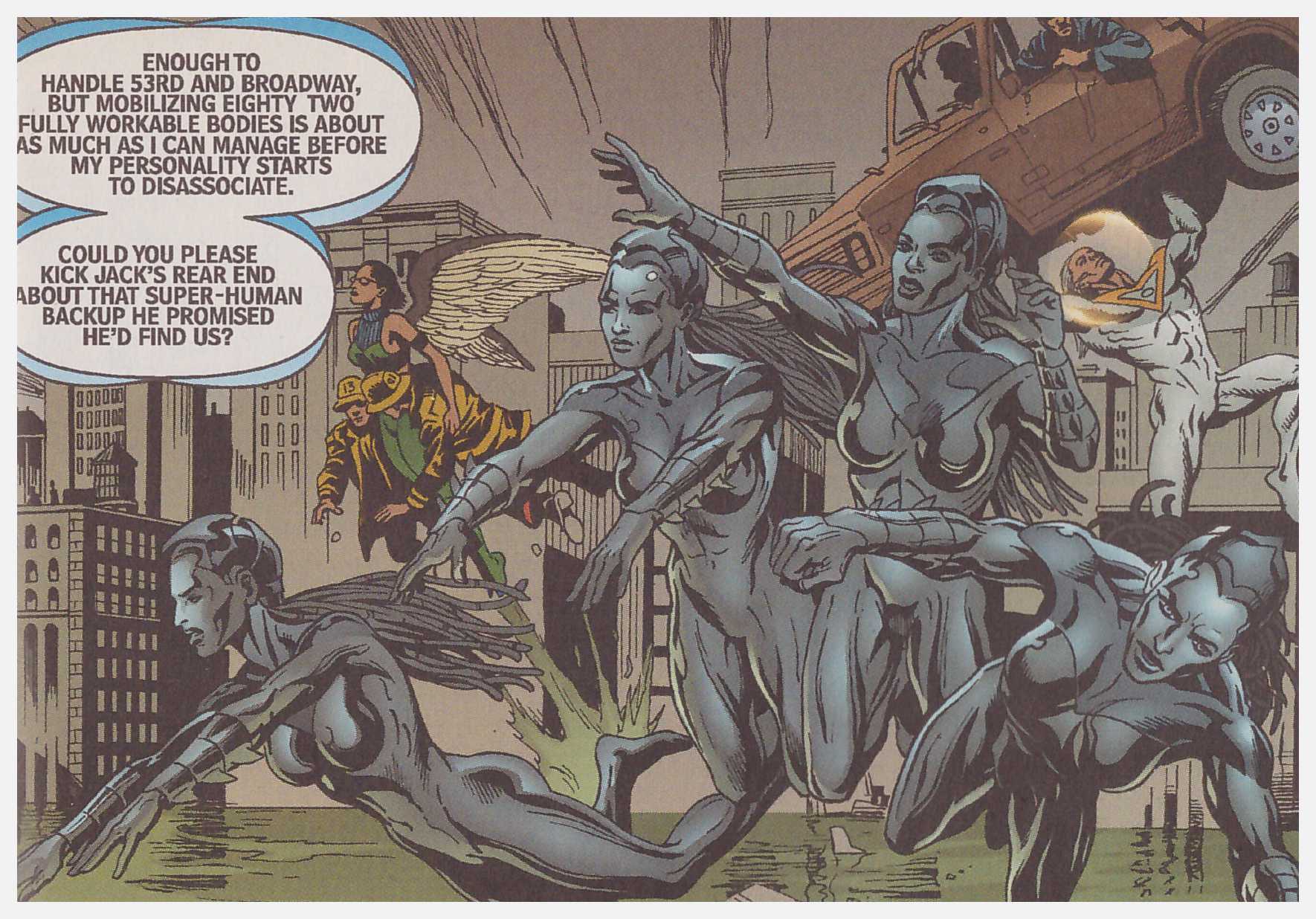 After the uniform excellence of Relentless and Under New Management, Earth Inferno and Other Stories is very disappointing. After succeeding Warren Ellis, Mark Millar grasped the fundamentals of what had been established, but given their chance with the team, Paul Jenkins resorts to cheap smut and Joe Casey is woeful. He skims off the surface veneer and pastes it over a standard superhero story lacking any inspiration.

For those who miss Ellis, which should be all of us after the preceding two stories, he delivers his Authority finale, a simple narrative of Jack Hawksmoor skipping back across cities where the team have made a difference. It’s elegantly illustrated by Cully Hamner, if in a style veering more towards cartooning than has been the case, but on the Casey story Hamner lacks that subtlety and supplies a particularly gruesome Apollo. Georges Jeanty is far better, working in a sub-Adam Hughes style.

Millar and Frank Quitely’s opening shot on the Authority was excellent, but, as other series would discover, the cost of Quitely’s fine rendering is that a monthly schedule evaporates. He’s substituted on the first two chapters here by Chris Weston, on the surface a reasonable choice. Weston also packs his pages with detail, has an imaginative compositional sense and a suitably dramatic approach – check the train blown through the Vatican. This, though, is combined with some poor figurework and an occasionally woeful sense of perspective. Finishing the story, Quitely still seems a little rushed, even with much of the concluding chapter’s locale specifically supplied to reduce background detail.

Millar also contracts the ennui affecting the entire book. His plot appears contrived toward visual ejaculation, and while he varies the circumstances, seeing the world’s major cities experiencing catastrophe on a devastating scale is a plot played in the series already. He develops the Engineer’s capabilities well, his use of the Doctor is a little more interesting, and when eventually introduced, the villain of the piece is also innovative and far from the steroid-infused hulks linked with superhero comics. His attitudes, though, never come across as anything other than Millar sniggering up his sleeve, and certainly not as the provocation intended. It’s very patchy, although leads to a good conclusion.

From such a fantastic start, the wheels fell off the Authority very quickly, and that’s a pattern followed by assorted re-boots. A fourth volume follows, Transfer of Power. It includes only a single Quitely chapter, but Millar’s most cohesive work on the series. That volume is now incorporated with this within a bulky hardback, The Authority vol 2.