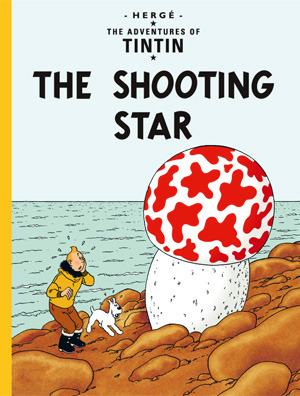 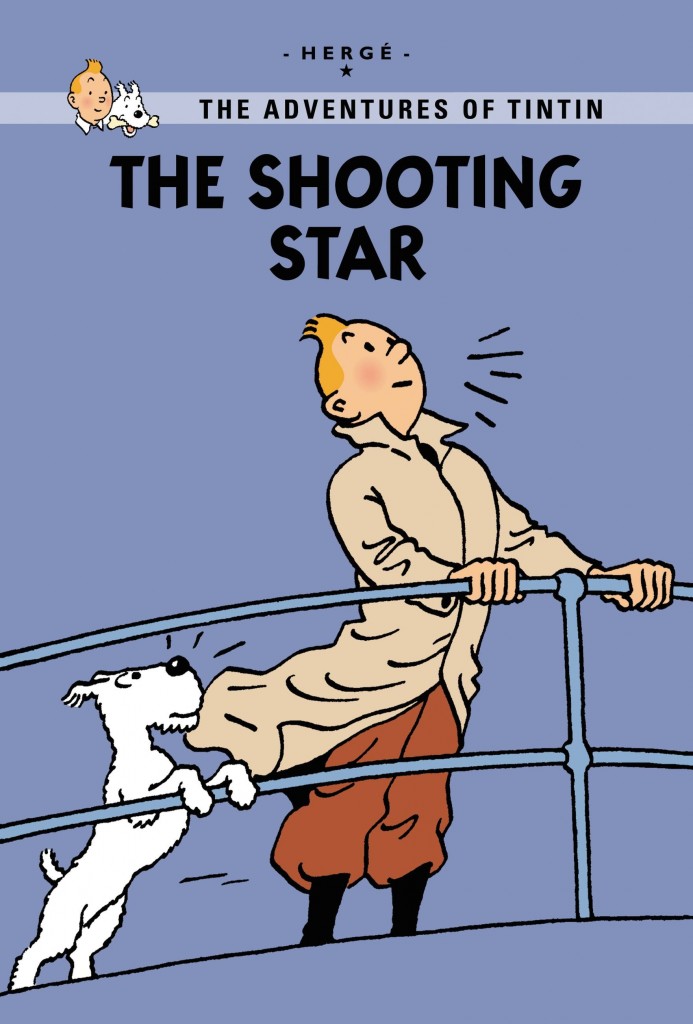 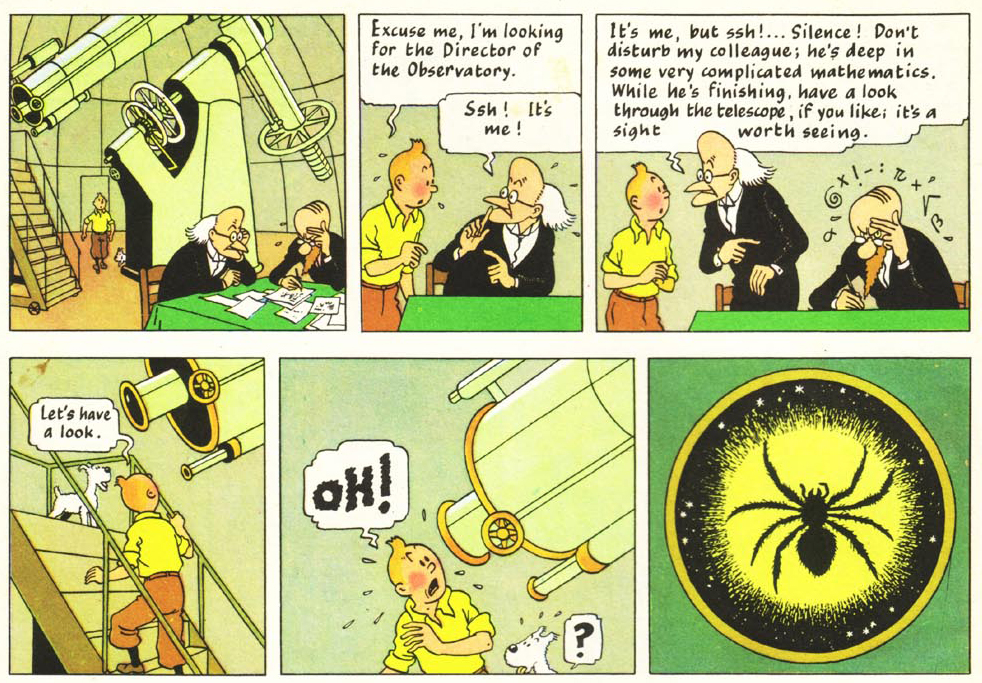 Okay, as this is a Tintin book, let’s get the political stuff out of the way first. Like the preceding adventure The Crab with the Golden Claws this was produced during the German occupation of Belgium during World War II. So, in an attempt to avoid any political fallout, Hergé crafted a story with a strong sci-fi element and chose (American) big business as his villains.

After an oppressive, the-end-of-the-world-is-nigh opening section that doubtless reflected the feelings prevalent throughout Europe at the time, Tintin and Snowy set off in search of a meteorite that has fallen into the Arctic Ocean aboard the Aurora, with none other than Captain Haddock at the helm. True to formula, there’s another ship with the exact same goal, and skulduggery abounds. Tintin eventually lands on the meteorite, and events take something of a turn for the bizarre, with our hero discovering that the mysterious space rock makes everything grow faster than normally, and much, much larger.

Problem was, the book’s main villain, Blumenstein, looks like a caricature of a bulbous-nosed Jew that wasn’t at all out of place in the undeniably Nazi-supporting, anti-Semitic newspaper that was running the Tintin strips at the time. In actual fact, rather than attacking Jews, Hergé was having a pop at big business, which was nowhere better represented, then as now, by greedy Americans. Hergé pointed out, quite reasonably, that a Jewish villain didn’t necessarily mean he didn’t like Jews. However, after the atrocities uncovered at the end of the war, that wasn’t an argument that went down terribly well.

Hergé did try to make amends. This included changing the US-led expedition in the original story to a fictional South American nation, and altering the villain’s name from Blumenstein to Bohlwinkel (which was Brussels dialect for a sweet shop). Unfortunately, it transpired that he’d unwittingly settled on a real Jewish surname. D’oh!

Some critics think this book is too right wing, while others consider it’s exciting, thrilling and a welcome move towards more fantastical fare. It’s not terribly well paced, partly as a consequence of having to add some padding to make the story fit the required length for the album, and it doesn’t contain quite as much humour as many of the other adventures. That’s hardly surprising on considering the conditions under which it was created.

By this point, Hergé’s work was accomplished, and this is a solid – if somewhat gloomy – addition to the series, which would reach new heights with the next books (The Secret of the Unicorn and Red Rackham’s Treasure). Haddock’s return is a triumph, and firmly cements his place in Tintin’s world. After his drunken exploits in the previous book, he’s a revelation here, and it’s very amusing when the old sea dog clearly handles being aboard a ship during a wild storm better than anyone else. This is just one of the many facets of his personality that readers would get to experience and enjoy over the years, a character always much more interesting and layered than that of his young companion.