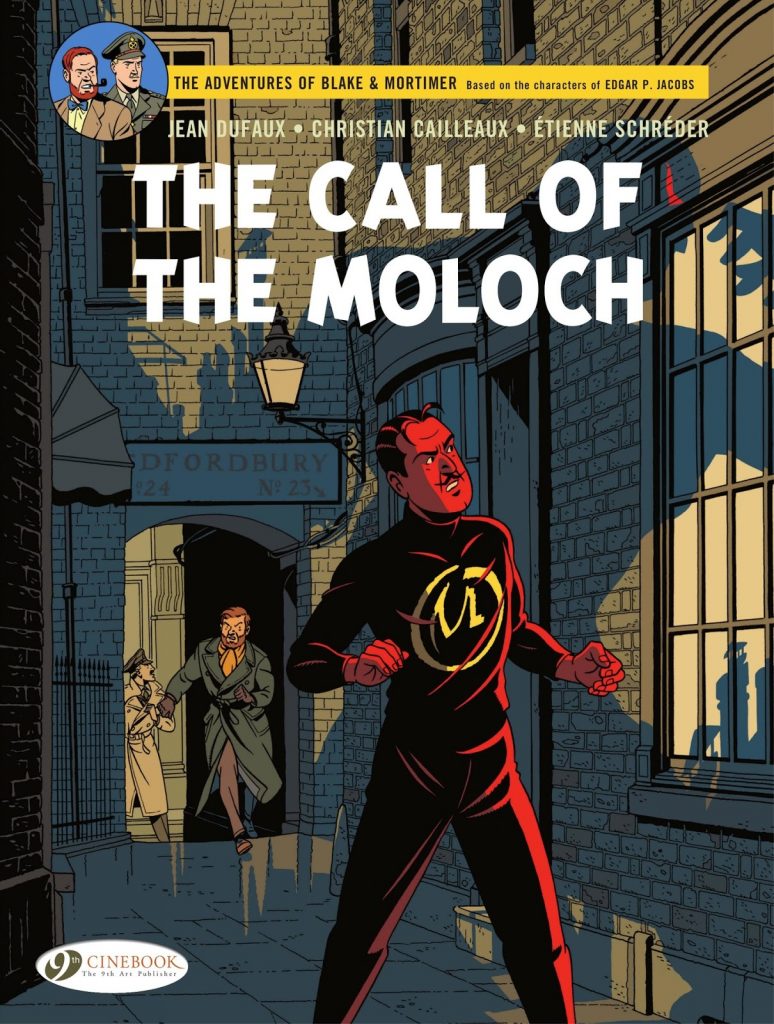 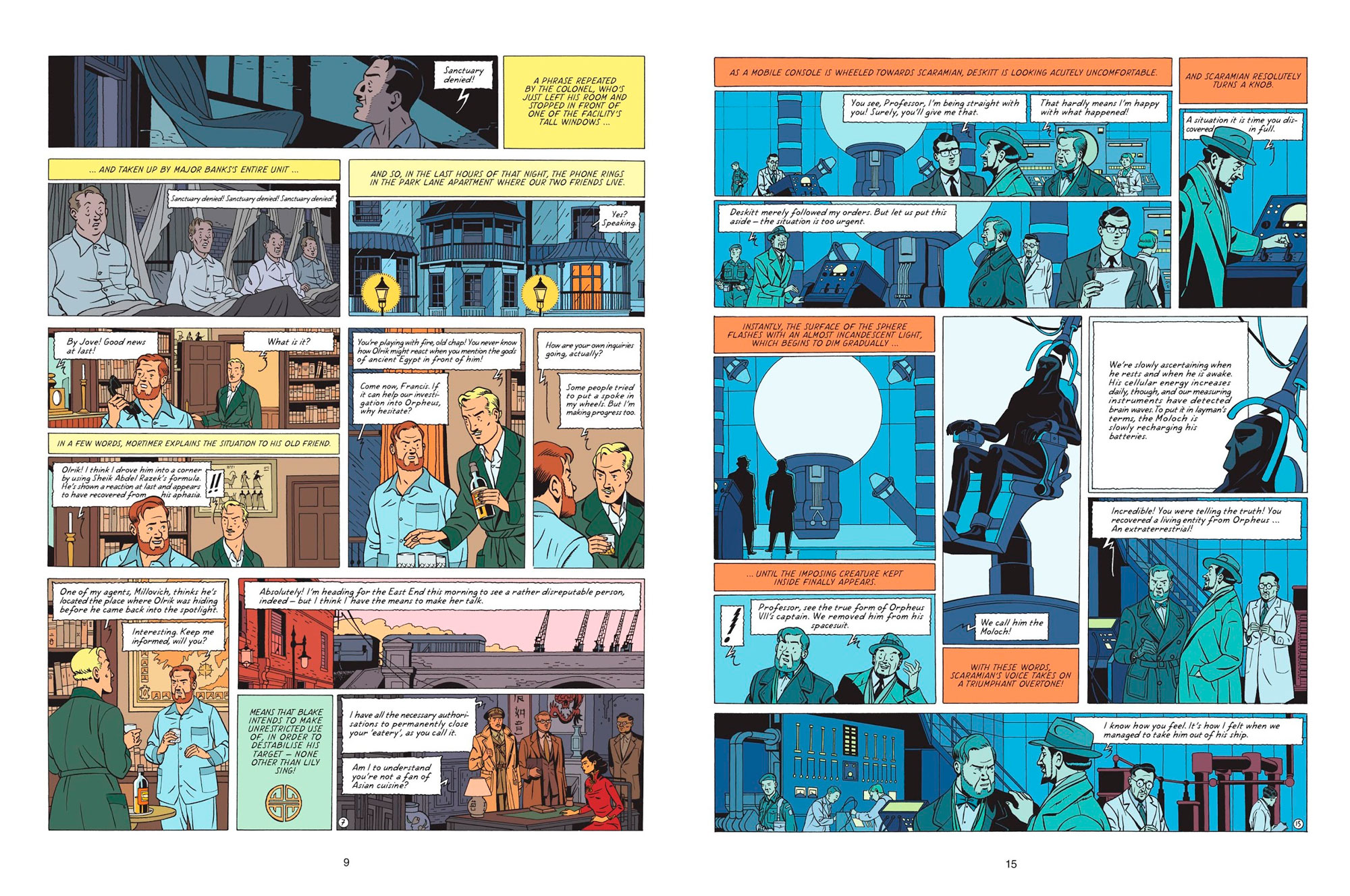 Edgar P. Jacobs is second only to Hergé in stature for French and Belgian comics readers. His reputation and influence is due largely to his uberclassic adventure mystery The Yellow ‘M’, one of the pillars of European comics. It was inevitable that eventually one of the teams creating new Blake and Mortimer books would reference it, and for the 16th Blake and Mortimer story, writer Jean Dufaux and artists Antoine Aubin and Etienne Schréder devised The Septimus Wave, a direct sequel to The Yellow ‘M’. This beautifully-drawn, painstakingly designed and coloured sequel saw a new quartet of conspirators trying to remake the Mega Wave machine of Professor Septimus for their own ends, enmeshing Colonel Olrik once again as the ‘Guinea Pig’ to carry out their ambitions. Several other subplots including Philip Mortimer’s own dangerous obsession with Septimus’s creation, and the discovery of an alien spacecraft under King’s Cross, combined to make an ambitious but ultimately overcooked tale that added up to less than the sum of its parts.

Eleven volumes later, Jean Dufaux has returned with a sequel to his sequel, which starts where The Septimus Wave ended. The artistic team of Christian Cailleaux and Etienne Shréder once again pull out all the stops to recreate Jacobs’ style in carefully drawn and coloured tableaux. Christian Cailleaux’s pencils are less dynamic than Antoine Aubin, however. This story features appearances by Her Majesty The Queen, and the Prime Minister, but both have such generic faces it is impossible to know whether they are alternate history versions of these figures, or just too difficult for the artist to draw their likenesses accurately. The Call of the Moloch begins with Captain Blake summoned to Buckingham Palace, where The Queen directs him to close the ‘Septimus Wave’ case once and for all. There are a lot of loose threads for him to stitch together. How did there come to be a spaceship buried in the centre of London? Why were the aliens here? How did Professor Scaramian intend to use them and their technology? Where are Lady Rowena and Professor Evangely? Is Olrik the key to unlock this mystery? Can Mortimer find a way to pull him out of the catatonic state he has been in since the ship was destroyed?

A web of intricate subplots pulls all the protagonists together to answer these questions. Dufaux mentions the 1950s BBC television series The Quatermass Experiment as the inspiration for the buried alien spaceship in The Septimus Wave, while it feels as if there are traces of early Doctor Who in the intrigues at Whitehall and the outcome from the struggle with the Orpheus ship’s inhabitant. As before, some of the plot threads are red herrings or dead ends, but the conclusion is more satisfying than the previous book, if only because it’s less convoluted. There are some genuinely intriguing and dramatic turns towards the big finale worthy of Jacobs himself, and there is an echo of The Atlantis Mystery in the final few panels too.