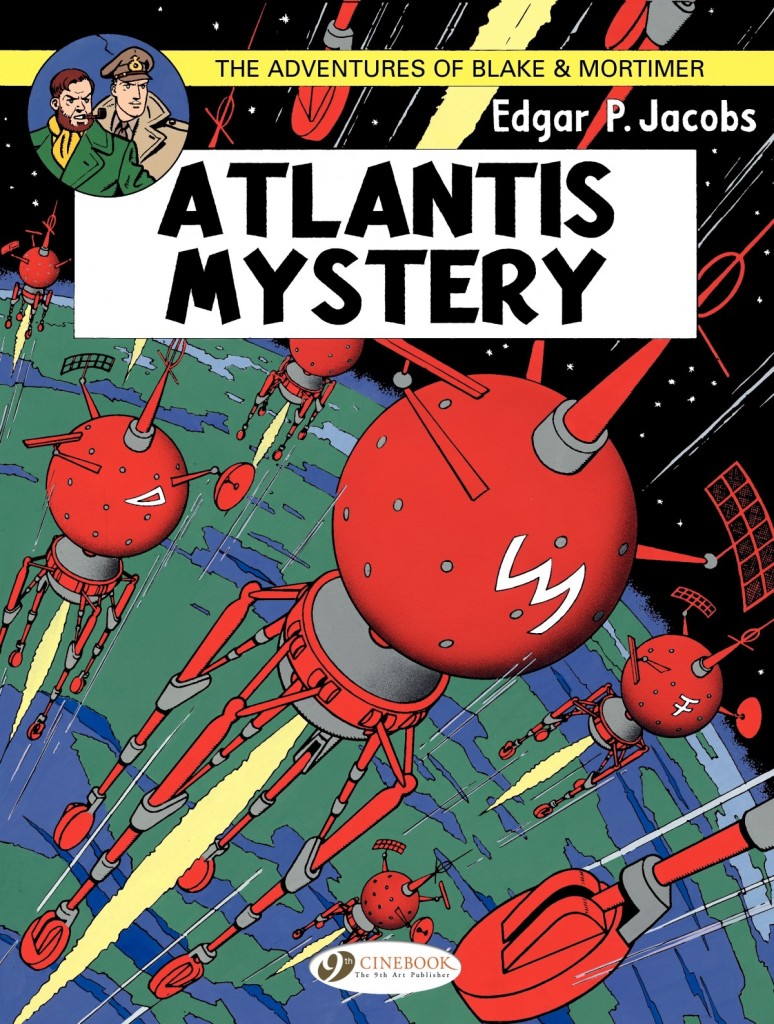 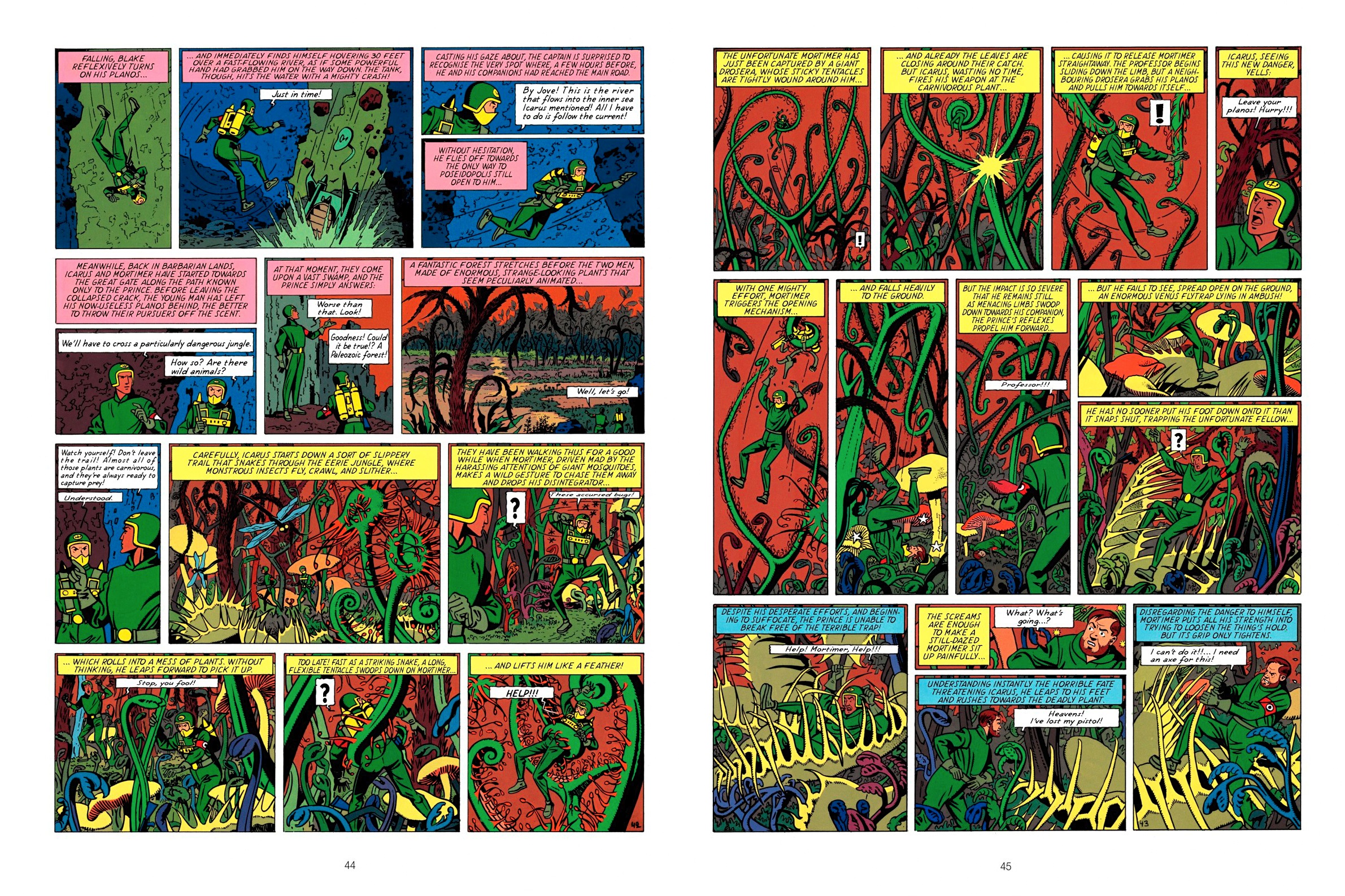 Atlantis Mystery is the fourth story by Edgar P. Jacobs to feature his two British heroes Captain Francis Blake of English Military Intelligence, and Professor Philip Mortimer, a top nuclear physicist and engineer. A completely different style of SF/fantasy adventure than the previous The Yellow “M”, It was serialised weekly in Tintin Magazine, before being issued in 1957 as the seventh volume of The Adventures of Blake & Mortimer.

As with previous stories, Jacobs doesn’t hang about with pages of preamble, but gets things moving in three or four panels. Professor Mortimer visits the Azores for a short holiday in the sun. Legend has it the tiny island of Saõ Miguel is what’s left of the lost continent of Atlantis after it sank beneath the waves, so Mortimer explores the volcanic canyons for archeological remnants. What he discovers so excites him that he summons Blake to join him, and by the end of the first page the two are heading towards the site of Mortimer’s discovery – but some mysterious nogoodniks have sabotaged their car.

By the end of the tenth page they’ve found a radioactive specimen of an ancient material, convincing them Atlantis really existed; had it stolen by a masked intruder; witnessed the unmistakeable proof that alien technologies are in use here on Earth; and begun an expedition into the caves beneath the island, only to find themselves facing certain death underground, trapped in a cave filling with deadly gasses by their old adversary Olrik. That’s enough incident for a whole book by some creators, but Jacobs hasn’t even reached the main story yet! There’s an excellently imaginative series of hair-breadth escapes that escalate in difficulty before Blake and Mortimer, far under the Earth, are finally rescued and taken to the fantastic city of Poseidopolis, home to the empire of Atlantis.

What follows is a densely plotted and intricate story of an unknown civilisation, explained in great detail and with vivid, spectacular drawings, as Blake and Mortimer are caught up in a battle for control of the city and its advanced futuristic technologies. The designs for the Atlanteans and their Flash Gordon-style city hearken back to Jacobs’ first series, The U-Ray. There’s so much going on in this clash of rival factions that our two heroes are frequently relegated to the sidelines as supporting players, but their vital contributions ensure the right side triumphs, rewarding them and us with an out-of-this-world finale.

As usual the original serial production of these comics means the wordcount is excessively high. The story ideas are dated, the characters are corny and one-dimensional, and time has made the plot predictable in a dozen places, but the total conviction and energetic way Edgar P. Jacobs tells stories makes Atlantis Mystery hugely entertaining, despite its age. Fans of Jules Verne and H.G. Wells-style high adventure will enjoy this. Next in the series of The Adventures of Blake and Mortimer is S.O.S. Meteors.