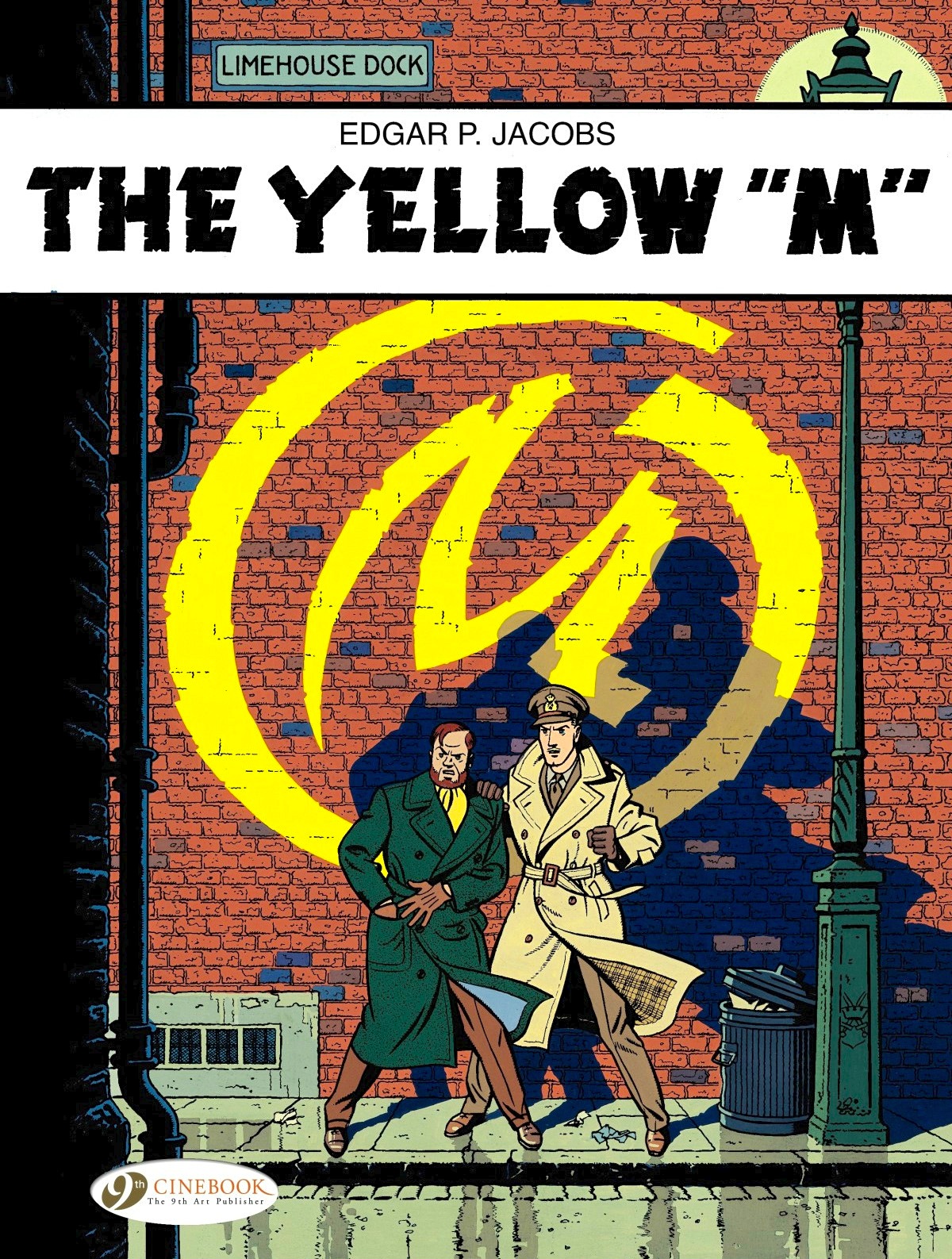 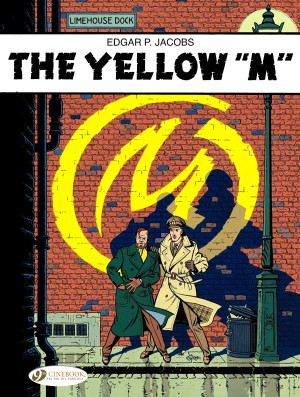 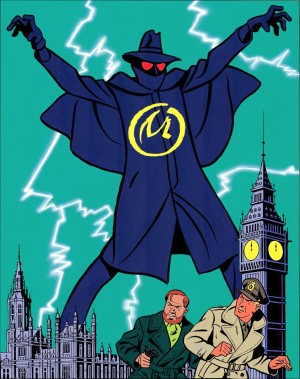 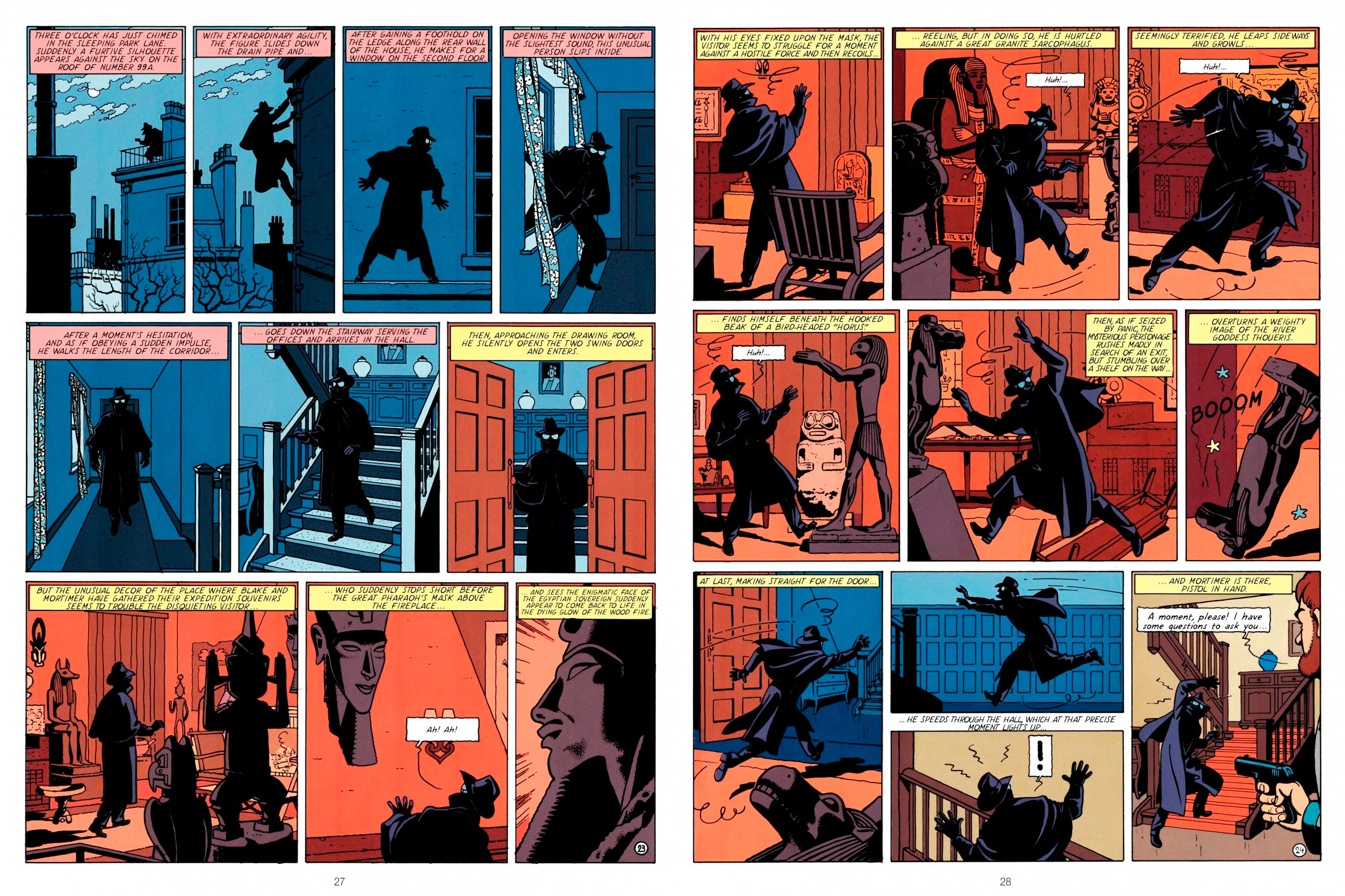 Captain Francis Blake and Professor Philip Mortimer began their weekly serial adventures in the first issue of Tintin Magazine in 1946, linking Edgar P. Jacobs to Hergé forever in the minds of Franco-Belgian comics fans as a founding father of the ‘clear line’. The Yellow “M” was the third Blake & Mortimer story and the sixth volume to be published, following the three part Secret of the Swordfish and the two part Mystery of the Great Pyramid. It’s the peak of Jacobs’ work in this series and one of the most influential, key books of 20th Century European comics.

This is the first Blake & Mortimer book to be set entirely in London. Most of the story takes place at night, giving the stolid post-war city the same kind of otherworldly glamour as Jacobs’ exotic foreign locations, with dramatically silhouetted figures moving through a shadowed, blue-black world of danger. It begins with a theft from the supposedly impregnable Tower of London, the sixth in a string of astonishing crimes, as the Daily Mail reminds its readers:

“WHAT DOES SCOTLAND YARD INTEND TO DO? … After the raid on the Bank of England, the theft of the Gainsborough from the National Gallery, the removal of the dagger of Amenopolis III from the Stockmann Collection, the planting of a dummy bomb in the Cabinet Room in Downing Street, the unexplained disappearance of the secret Anglo–Iranian treaty from the coffers of the foreign office, the Yellow “M” has succeeded in penetrating the Crown Jewels Chamber in the Tower of London in spite of the heavy security provided for its protection and has got away with the British Imperial Crown, not without leaving the infamous Yellow “M” on the door of the Treasure Chamber as a final insult … One wonders with alarm where this elusive criminal will strike next.”

Captain Blake is assigned to the case, and over drinks in the Centaur Club on Pall Mall he warns Mortimer that the Yellow “M” is no mere thief and all these crimes are leading somewhere terrifying.  Jacobs is a master storyteller, combining meticulously researched and graphically detailed imagery with fantastical ideas to create an impressive, convincing alternate reality. As their adversary leads the heroes on endless chases through the dark city, each encounter is brilliantly staged to make the most ordinary settings come vividly alive, seething with potential for mayhem. The design of the villain himself with his dynamically pared-down shapes and blank eyes radiating threat is superbly dramatic, menacing but elegant at the same time, and much imitated since. The mystery gradually builds and then breaks in a direction that seems impossible, until excellent detective work by Mortimer reveals just what kind of being this invulnerable super-criminal is. But knowing him and defeating him are two different things.

Thanks to its origin as a serialised story, The Yellow “M” suffers from the same repetitive wordiness as Jacobs’ other books, each page filled with text to keep a weekly reader on top of the complex plot. But despite redundant captions and unnecessary speech balloons, the atmosphere and intensity of this story is so powerful that it overcomes the clunkiness and remains completely engaging to its final page. It’s a superb period piece, justly admired by legions of fans.

Jacobs followed this book a year later with The Atlantis Mystery. In 2013 a new team of contemporary creators returned to the events of The Yellow “M” to produce a sequel. The Septimus Wave, by writer Jean Dufaux and artists Antoine Aubin and Etienne Schréder was published in English in 2015. 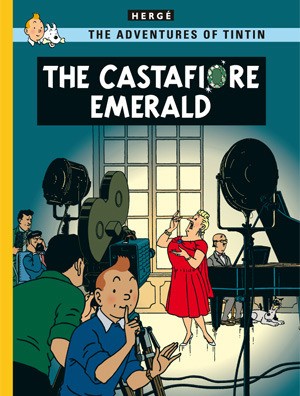 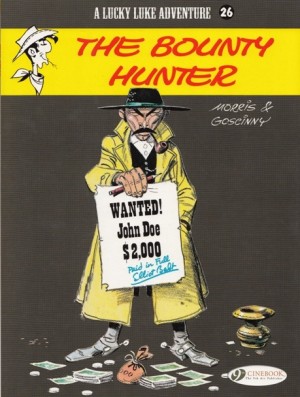 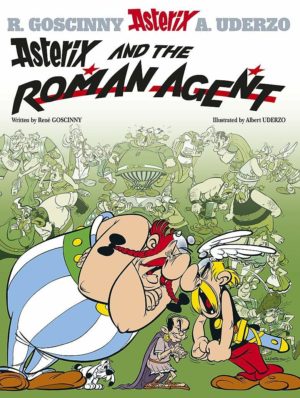