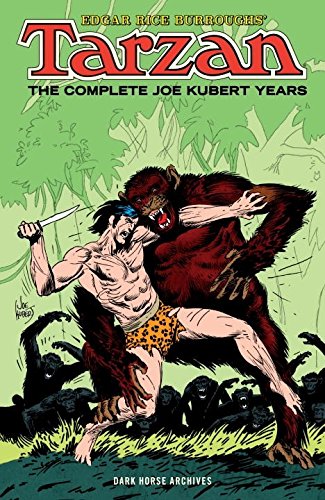 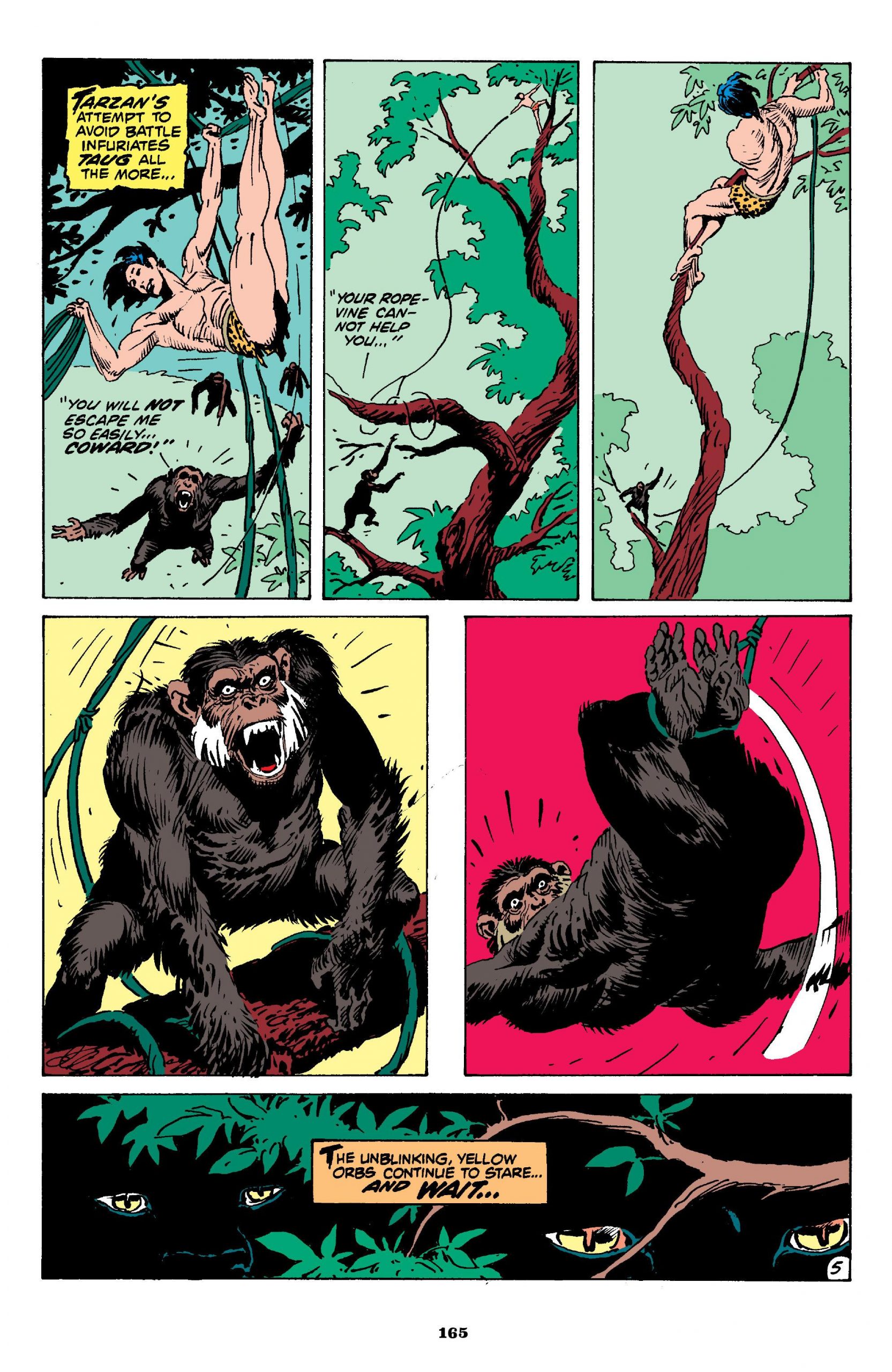 DC’s incarnation of Tarzan premiered in a blaze of publicity at the height of the early 1970s nostalgia boom and for a generation Joe Kubert provided the definitive graphic Tarzan.

This monumental archive collects the entirety of his work with the Ape-Man from 1972 to 1975: a tour de force of passion transubstantiated into stunning comic art, with Kubert writing, illustrating and lettering. Moreover, the vibrant colours in this epic re-presentation are based on Tatjana Wood’s original guides, offering readers a superbly authentic and immersive experience whether you’re coming fresh to the material or joyously revisiting a beloved lost time.

The tense suspense begins with Kubert’s adaptation of Edgar Rice Burroughs debut novel. Tarzan of the Apes opens with a safari deep in the jungle. You’ll know the basics of a human infant lost in the jungle, and raised by apes until meeting Jane Porter and returning to England as an adult, but Kubert returns to the source. It’s potent and evocative, fiercely expressive and a loving, utterly visceral translation of the landmark saga.

Kubert revisits the source for two further adaptations, the sequel The Return of Tarzan, which returns the Man-Ape from society to the jungle, and the much later selection Tarzan and the Lion Men. This is a wild flight of fancy beginning with the satire of a movie crew filming a story very similar to Tarzan’s own, and involving the descendants of a group of English who still believe Henry VIII rules their homeland. There’s also a Victorian scientist and a bizarre human/ape hybrid calling himself God.

Early in his run Kubert also adapts three of Burrough’s short stories from Jungle Tales of Tarzan, but gradually develops the confidence to write his own material, varying the styles and locations, always keeping true to Burroughs. In a brief essay Kubert recalls attending life-drawing classes because drawing the near naked Tarzan required far greater knowledge of anatomy than anything else he’d drawn to that point. His Tarzan is lithe and athletic, but also a person you could imagine taking on a jungle creature in unarmed combat.

Writing, drawing and even lettering every strip was a crippling workload, but Kubert crafted the ingenious solution of combining old with new. Both ‘Land of the Giants’ and ‘The Mine’ are crafted around old Tarzan newspaper strips drawn by Burne Hogarth and Hal Foster respectively, interspersing Kubert’s panels between those of the original story. In both cases the art fusion works better than you might think. Frank Thorne is called in to draw ‘The Renegades’, but with Kubert inking the style varies little. It’s only a Korak, Son of Tarzan story that conforms to comics’ traditional writer/penciller/inker pattern, with Robert Kanigher providing the script and Russ Heath inking.

The stories were previously gathered in three hardback volumes of Tarzan Archives: The Joe Kubert Years, but in any form this selection is an unmissable masterpiece of romance fantasy, wild adventure and comics creation no lover of the medium or genre can do without. Unfortunately doing with the physical copy will now be costly, but the digital version is a bargain. 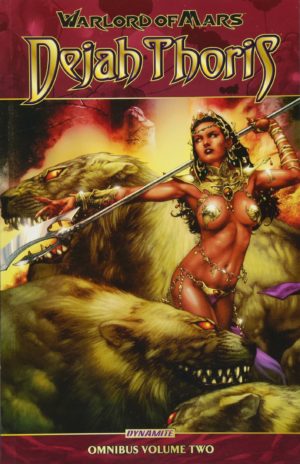