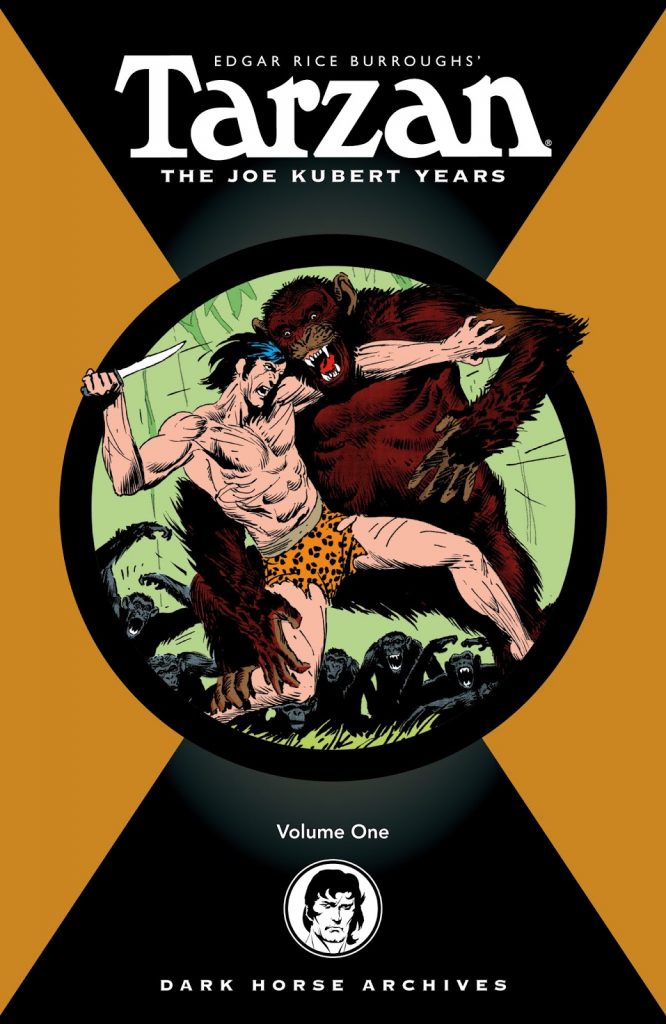 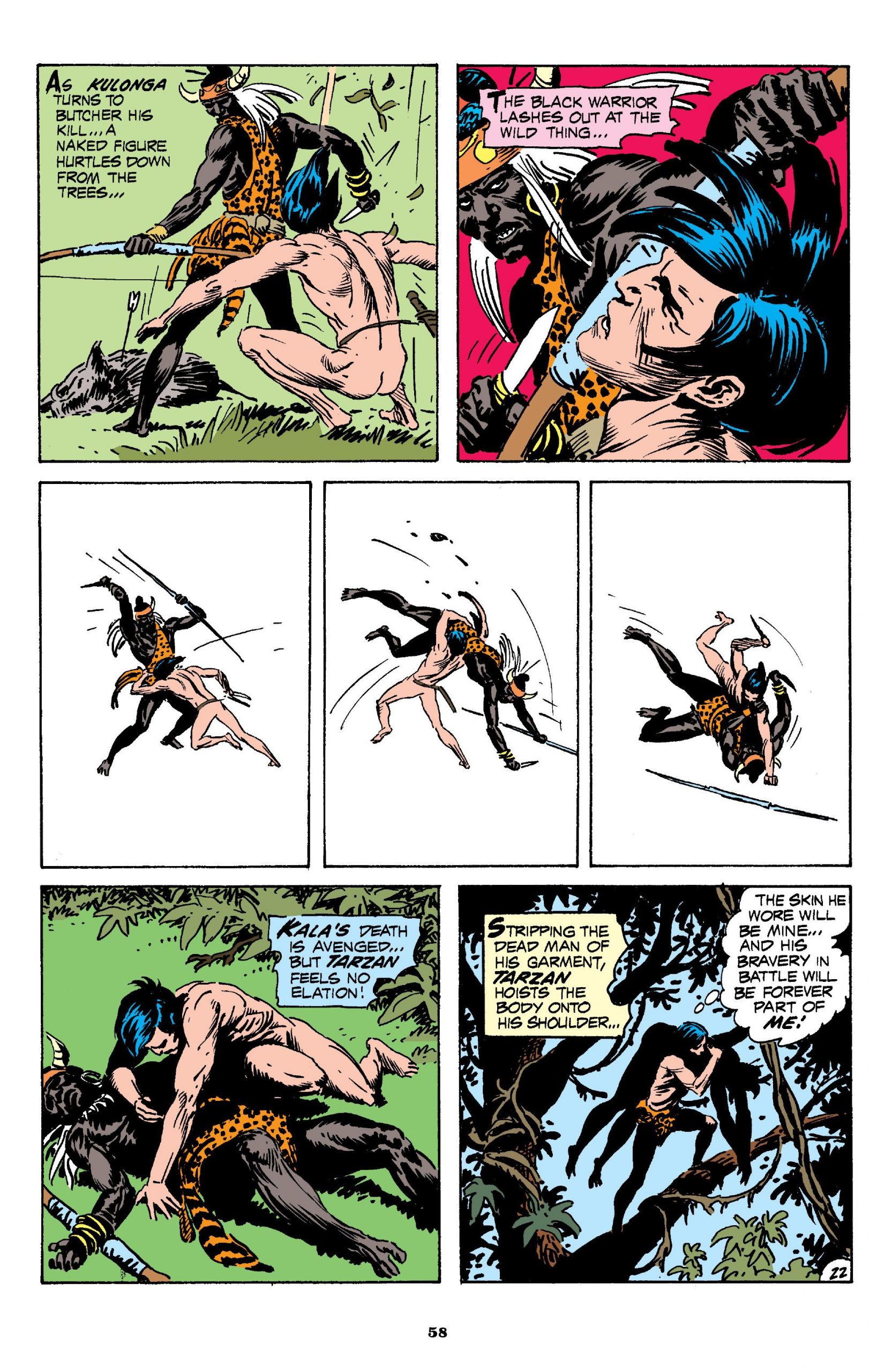 Soon after first publication in 1912, Edgar Rice Burrough’s Tarzan of the Apes became a multi-media sensation and global brand. More novels and many, many movies followed. A newspaper strip arrived in 1929, followed by a radio show in 1932 with the Ape-Man inevitably carving out a solid slice of the comic market too, once that industry was firmly established.

When DC acquired the licence to publish Tarzan in 1972 they knew they were following in the footsteps of giants. The lush newspaper strips had been drawn by the accomplished likes of Hal Foster, Burne Hogarth and Ruben Moreira, with Russ Manning in place by 1972. Manning had also drawn Tarzan comics, as had Doug Wildey, while the legendary Jesse Marsh’s run occupies 11 reprint volumes.

DC handed the man raised by apes to Joe Kubert, who wrote, drew and even lettered the strips himself. Naturally enough, he began by adapting Tarzan of the Apes, which occupies half of this collection, and even today ‘Origin of the Ape-Man’ is still the most faithful adaptation of ERB’s novel in any medium. You’ll know the basics of a human infant lost in the jungle, and raised by apes until meeting Jane Porter and returning to England as an adult, but Kubert returns to the source. It’s potent and evocative, fiercely expressive and a loving, utterly visceral translation of the landmark saga.

Kubert intended to adapt all 24 Burroughs novels and intersperse them with short, complete tales, but the workload, coupled with his other editorial duties, was crippling. To buy some time after the first adaptation he combined old with new as ‘Land of the Giants’ partially adapted and incorporated Don Garden and Burne Hogarth’s newspaper classic ‘Tarzan and the Fatal Mountain’. A clash with crocodiles lands Tarzan in a lost valley where giant natives are persecuted by deformed, sadistic, and diminutive outworlder Martius Kalban, hungry for the secrets of their prodigious size and strength. Even after gaining his dark desire, Kalban finds himself no match for the outraged Ape-Man.

It’s followed by a run of three latter-day exploits based on the short stories comprising ERB’s book Jungle Tales of Tarzan. ‘The Captive!’ explores the relationship between Ape-Man and elephants with each saving the other from the ever-present threat of the hunters of M’Bonga. ‘Balu of the Great Apes’ has childhood friends of Tarzan becoming incomprehensibly aggressive after the birth of their first baby, while ‘The Nightmare’ has a starving Tarzan gorging on stolen meat and drink from a native village. The resultant food poisoning takes him on a hallucinogenic journey never to be forgotten: one that almost costs his life when he can no longer tell phantasm from genuine threat.

Artistically, Kubert’s Tarzan is sinewy and athletic, someone quite capable of fearlessly pitching himself against jungle creatures, and set in exotic, beautifully imagined locations.

Kubert supplies an introduction to the collection, reminiscing about his childhood love of Tarzan, and the joy of re-acquainting himself with the first novel. His joy continues in Volume Two, or his entire run is combined in Tarzan: The Complete Joe Kubert Years. 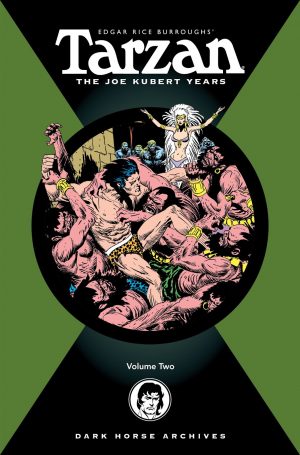 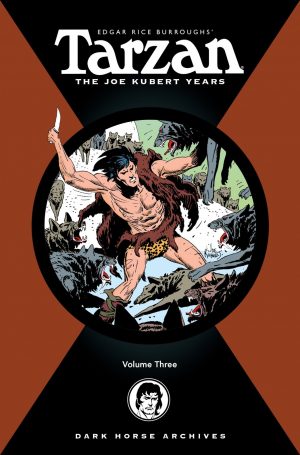