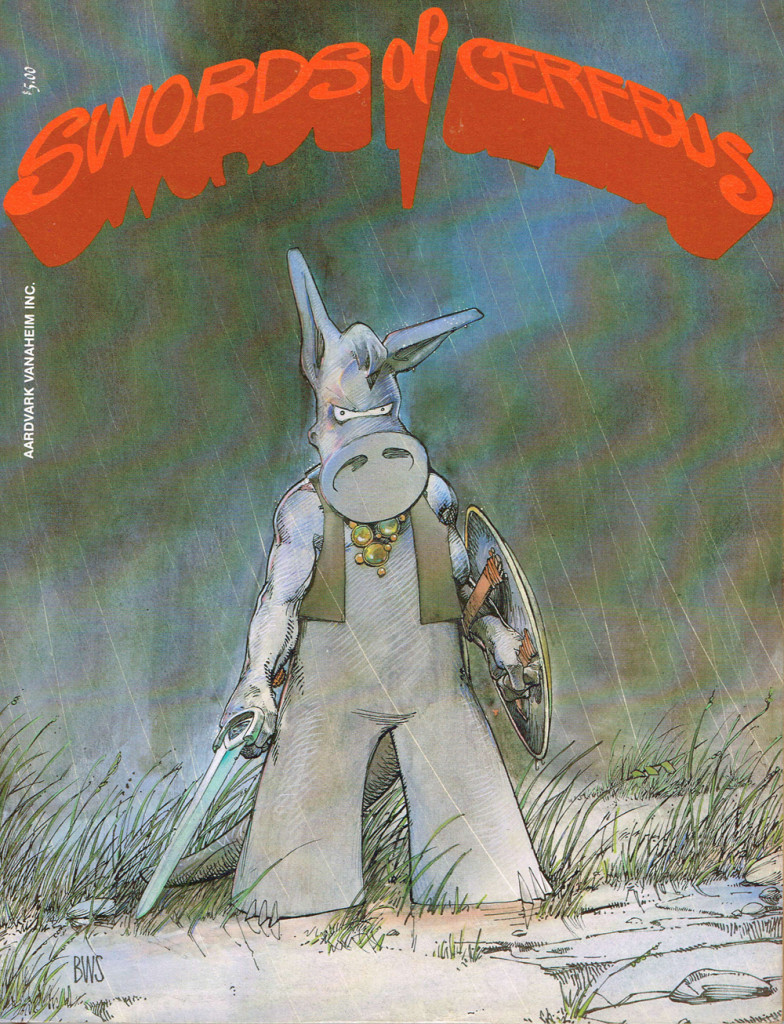 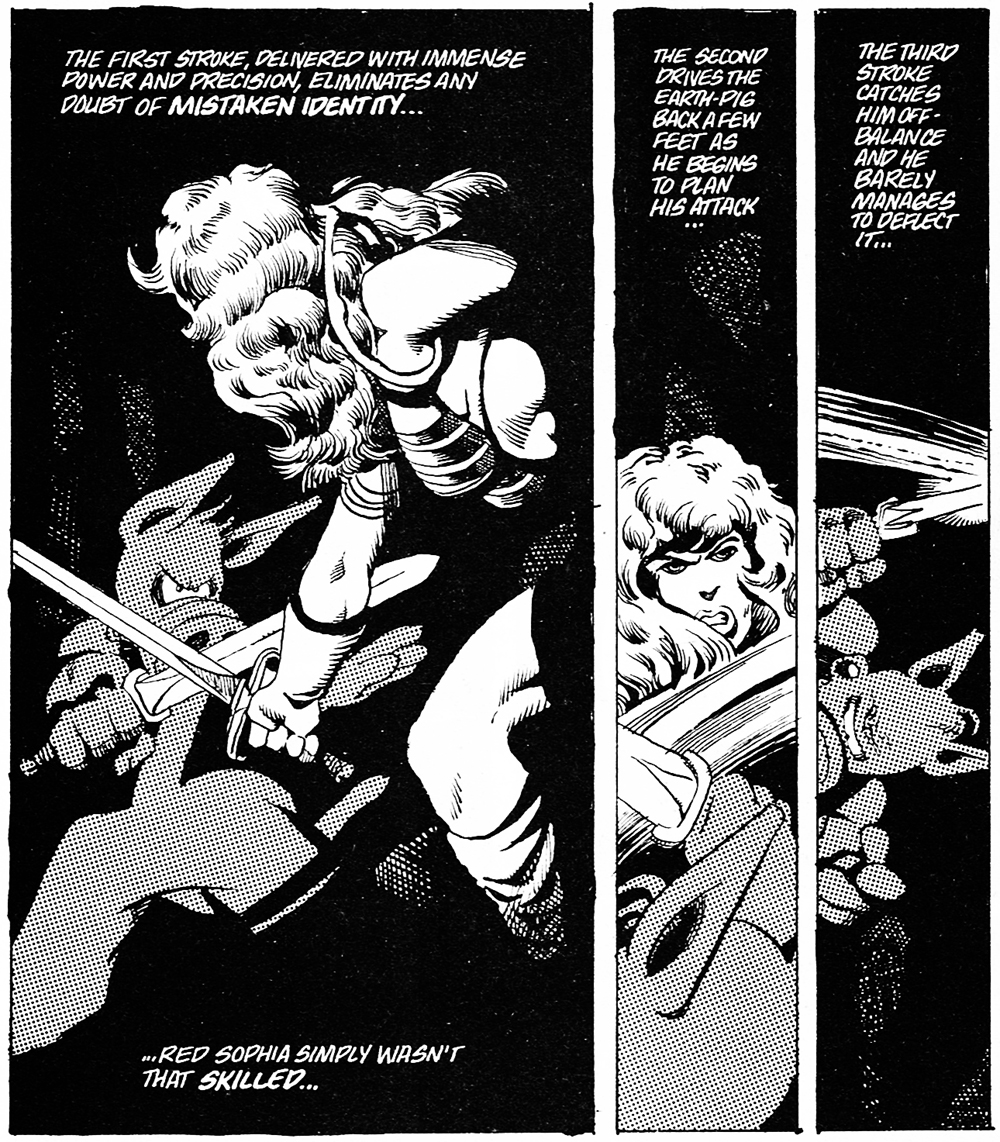 Volume five opens with ‘Champion’, which sees Cerebus fall in with the T’Gitan barbarians, led by Gudre and Stromm, who intend to take the city of Palnu by force. The artwork is some of the best yet in Cerebus, and the lingering influence of Sim trying to draw like Hal Foster for his recent Prince Valiant parody, ‘Silverspoon’, can still be seen. This story is solid, if wordy, and demonstrates Sim’s growing confidence as a writer.

In ‘Fluroc’ we witness the aftermath of the T’Gitan capture of the city, Sim perhaps wisely deciding to save himself the bother of having to draw the actual attack. Hacked-to-bits bodies lie around everywhere, giving Cerebus a difficult job explaining them to a visiting merchant. He turns out to be their only hope for making any profit from the venture, the coffers of Palnu containing far less than the invaders had hoped. Needless to say, Cerebus comes up with a ruse that sees him divest the merchant of all his worldly goods, and it’s all very amusingly done.

‘She-Devil in the Shadows’ was intended to be a “silly, self-contained issue” before Sim embarked on the massively complicated and ambitious goings on that would precede High Society. Sim succeeds admirably in his aim, and this story, which sees the return of Henrot the wizard and Red Sophia (well, not really, but close enough), amply demonstrates how much Sim has grown as an artist when compared to the last appearance of the flame-haired vixen.

‘Mind Game’ was inspired, in part, by something Neal Adams had done a couple of times: hidden a large picture of a character’s head in the background. Sim took it a stage further, drawing a huge Cerebus and cutting it into twenty sections that were then used as the background for the entire issue. Fortunately, that isn’t as difficult as it may sound, as Cerebus spends the entire story unconscious, floating in and out of black and grey patches. Apparently it was some time after publication before it was spotted by any readers. However, Sim’s ambition and the additional effort he was prepared to put into stretching the envelope of what was possible and acceptable for a comic has to be applauded, and he would continue to experiment with all sorts of devices, artistic and literary, in later books.

In ‘Mind Game’ our furry grey friend, drugged and imprisoned by the Cirinists, finds himself in conversation with Suenteus Po, the leader of the Illusionists, the sworn enemies of the Cirinists. The tale is fairly lighthearted, and well constructed, and it was only much later that the Cirinists would become a genuinely terrifying threat. Sim would later produce a couple of sequels to ‘Mind Game’, as this style of story allowed for large amounts of exposition, something that became increasingly necessary as the plot become ever more complicated and layered.

The bonus material in this volume comes in the shape of ‘Cerebus Dreams’ by Barry Windsor-Smith. This six-page dialogue-free piece acts as a postscript to the preceding story, and it’s interesting to see another artist’s take on Cerebus. And as a bonus for Windsor-Smith fans, he also provides the front and back covers of this collection.

Sim continues to show real growth as both an artist and writer, and this volume continues to put in place all the elements that would be necessary for the labyrinthine plotting that he would soon embark on for High Society and Church & State. 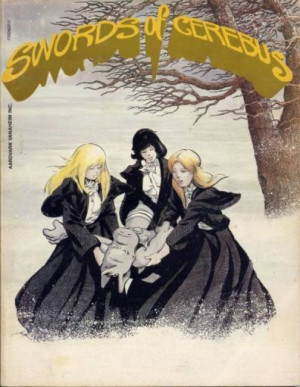