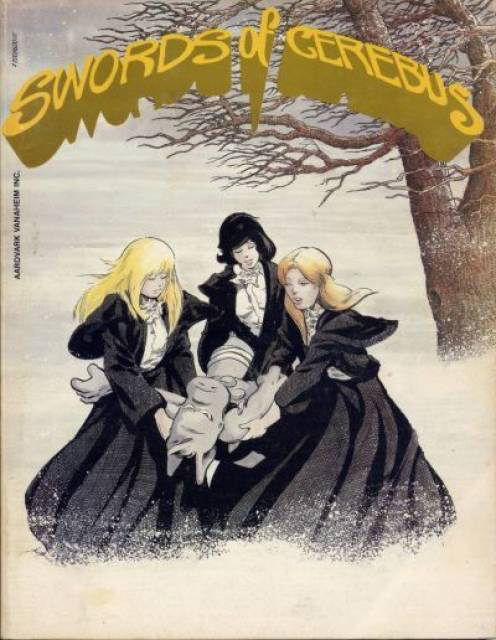 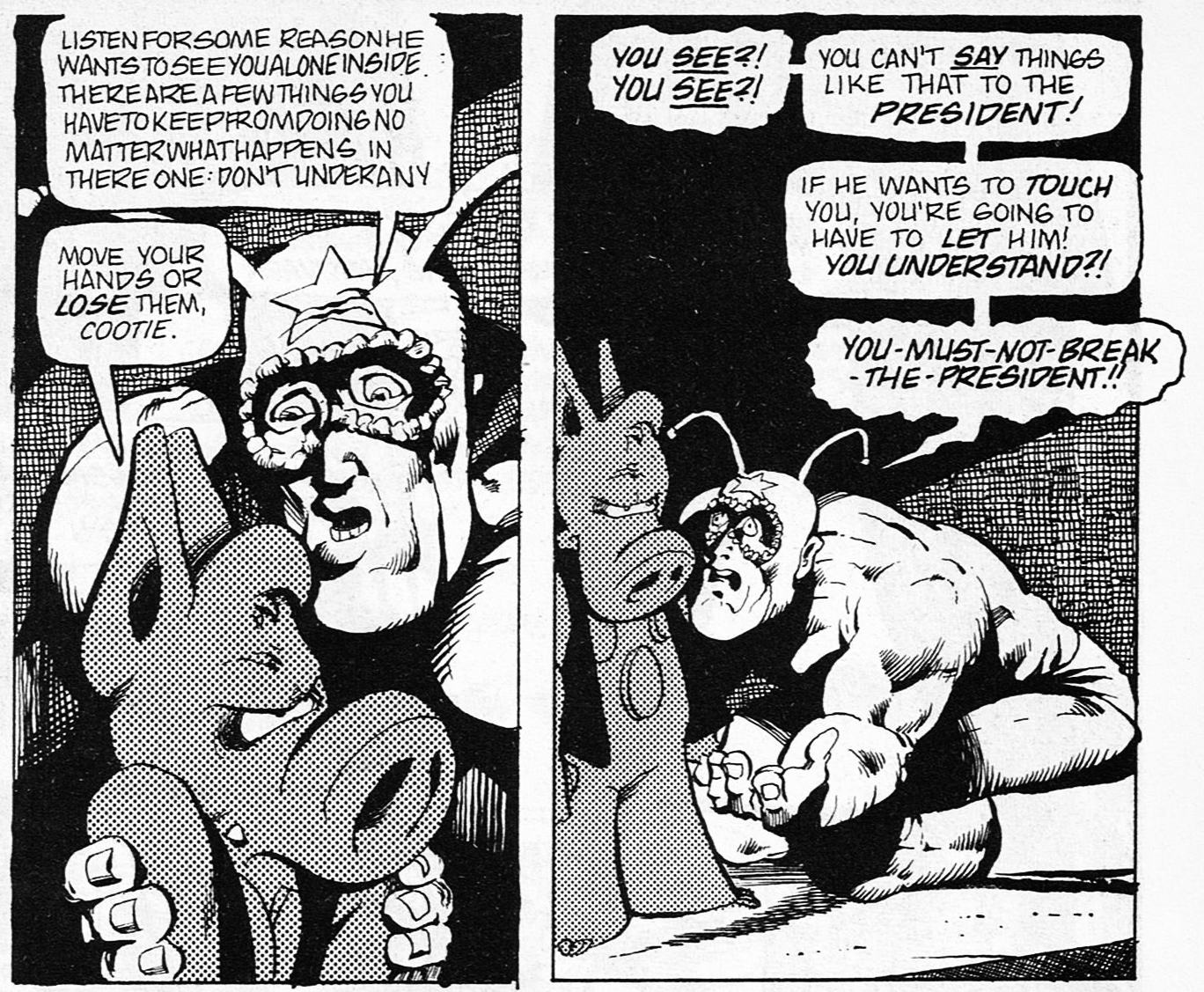 Volume six of Swords of Cerebus contains one issue more than any of the previous volumes, so as to include everything up until the beginning of High Society.

‘Captain Cockroach’ and ‘The Death of Elrod’ is a two-part story that introduces President Weisshaupt, a character who was to play a pivotal role in the massive novels that would soon follow: High Society and Church & State. Artemis Strong, the Cockroach, returns as a thinly veiled Captain America, in a story that ridicules mindless patriotism and touches upon such subjects as control of weak-minded fools by manipulative politicians only concerned with furthering their own agenda.

The final story (leaving aside the bonus material) is a trilogy comprising ‘The Beguiling’, ‘Swamp Sounds’ and ‘This Woman, This Thing’. What starts out as a fairly straightforward and naturalistic pastiche of the atmospheric Clint Eastwood movie The Beguiled soon morphs into something altogether stranger involving Sim’s versions of DC’s Swamp Thing and Marvel’s Man-Thing, both fairly odd characters in their own right and made all the odder by Sim spoofing them fearlessly.

Each volume of Swords contains bonus material that doesn’t appear in the Cerebus collection, and this final one is no exception. ‘A Night on the Town’ is a great little seven-page standalone story with no dialogue, and features background work by Gerhard, the talented artist who would assist Sim from Church & State onwards.

By this point it was clear that Cerebus was a comic like few others, and Sim had finally developed his own style, both as an artist and a writer. His growing confidence shines through on every page, and it’s clear that he was itching to tackle even more complicated plots.

This short-lived series of reprints offer real bang for your buck, with introductory essays and additional material, as well as nice painted card covers. It’s these extras that make these books a must-have for any Cerebus fan, and an enjoyable read for any casual reader, even those who doesn’t care to embark on a 6,000 page graphic novel series that became increasingly outré, and extremely controversial into the bargain.