Superman: The Power Within 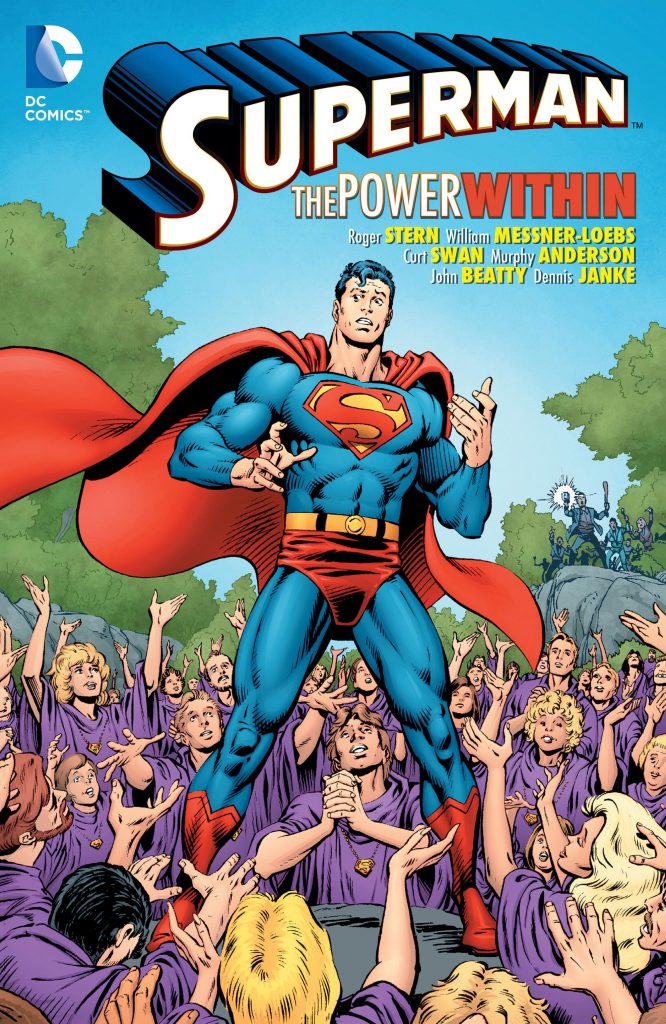 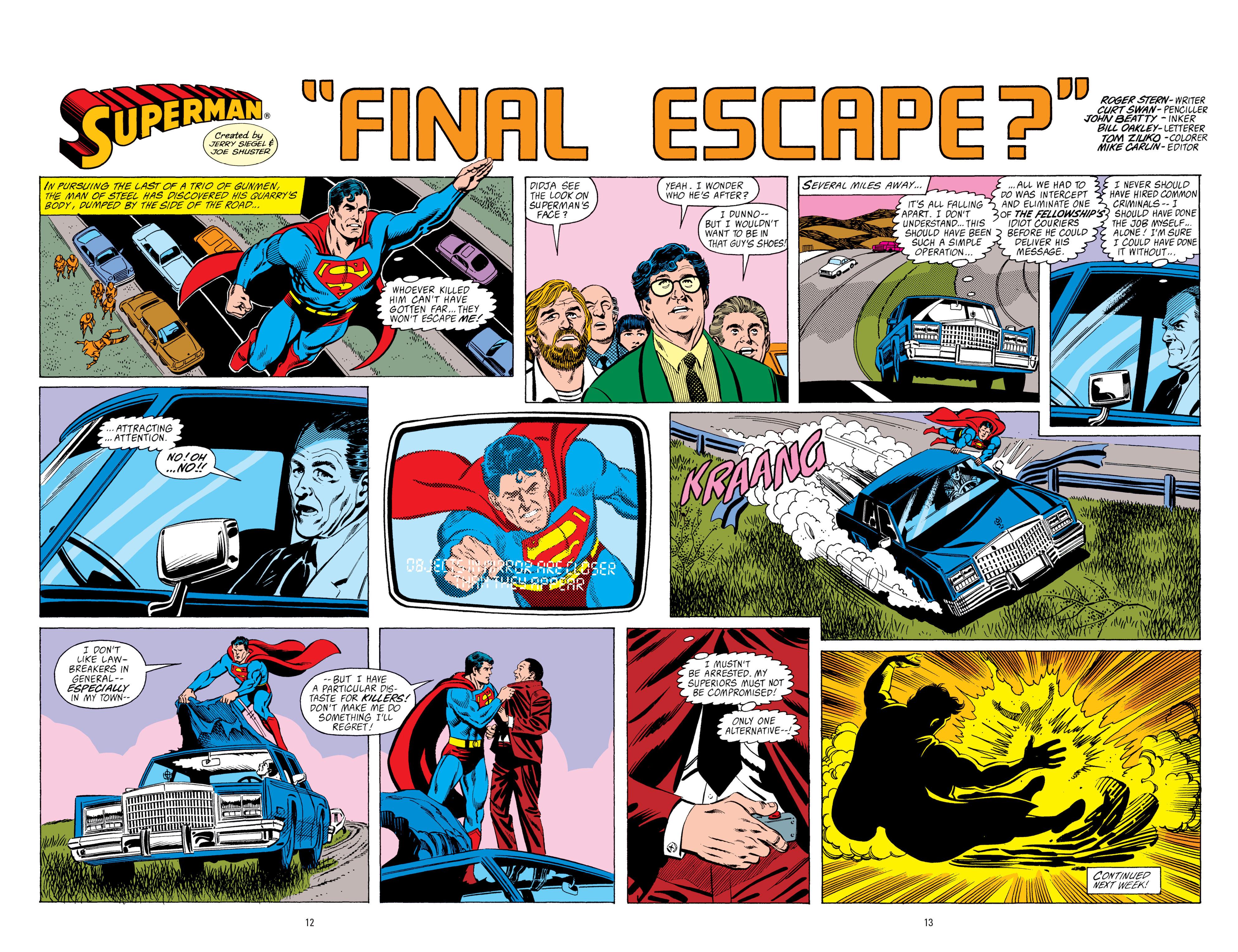 Choose your term – ‘old fashioned’ or ‘classic’ for this deliberately retro-styled collection. Although only collected as a graphic novel in 2015, the material dates from the late 1980s, with the entirety pencilled by Curt Swan in his more expansive 1970s style, and sometimes with his pencils inked by Murphy Anderson in a classic combination. Another retro aspect is a third of the book being presented as the equivalent of a Sunday newspaper strip, extending over three tiers of landscaped presentation, and within that there are mysteries and a theme of constant detection. Superman’s powers are largely used in a protective capacity as he struggles to learn more about the world that’s opening up before him, one in which there’s a cult that reveres him as a God. Writer Roger Stern then plays with the universal application of an equal and opposite reaction. It becomes ever more incredible, leading to a surprise revelation that doesn’t really work, but getting there is fun. A brief follow-up comes across more as a public information feature about tolerance and diversity, which shares themes with the following story where they’re handled a little better.

A third of the way through the pages switch to a more conventional portrait format for a different view of Superman, and William Messner-Loebs’ script focuses equally on Davood. He’s the son of an Arabic immigrant family to Metropolis who’s just developed minor super powers when he comes into possession of a belt that amplifies those abilities to a level where he can render Superman unconscious. This isn’t cultural dilettantism on Loebs’ part as he makes space to explore the family dynamics and the different views of the society into which Davood and his older sister integrate far more readily. An ailing Lex Luthor is also involved, and Loebs explores American attitudes as well, in what for the times was quite an adventurous script with even greater relevance in today’s intolerant climate.

Swan’s art is excellent. The drawing style is extremely recognisable, but there’s far more variety to the viewpoints when compared with those from his Superman heyday, as if he’d been looking at John Byrne’s Superman art from the 1980s.

So, well drawn, decently written, a point to make, and comfortingly familiar. It may be too dated for some tastes, however.