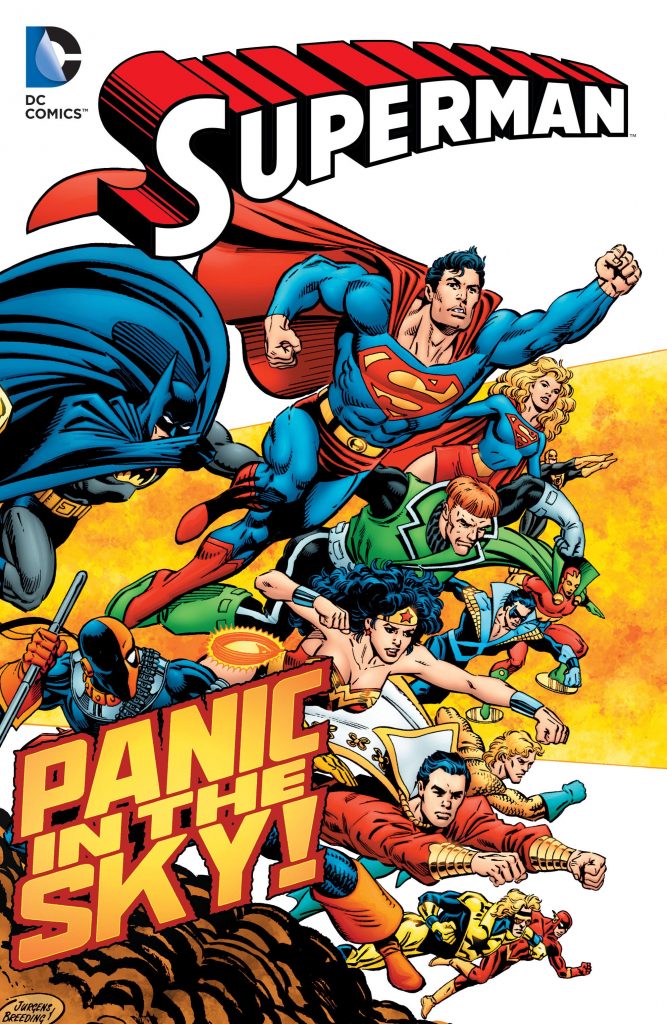 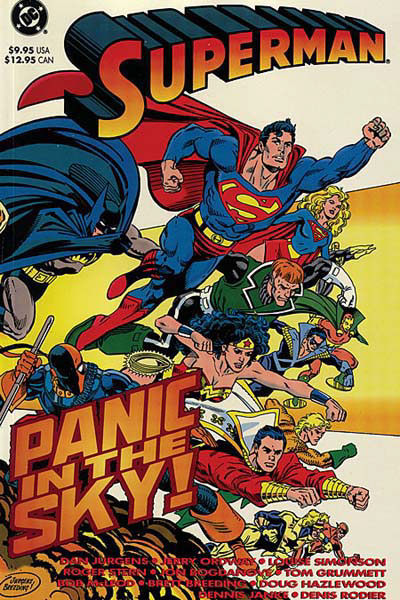 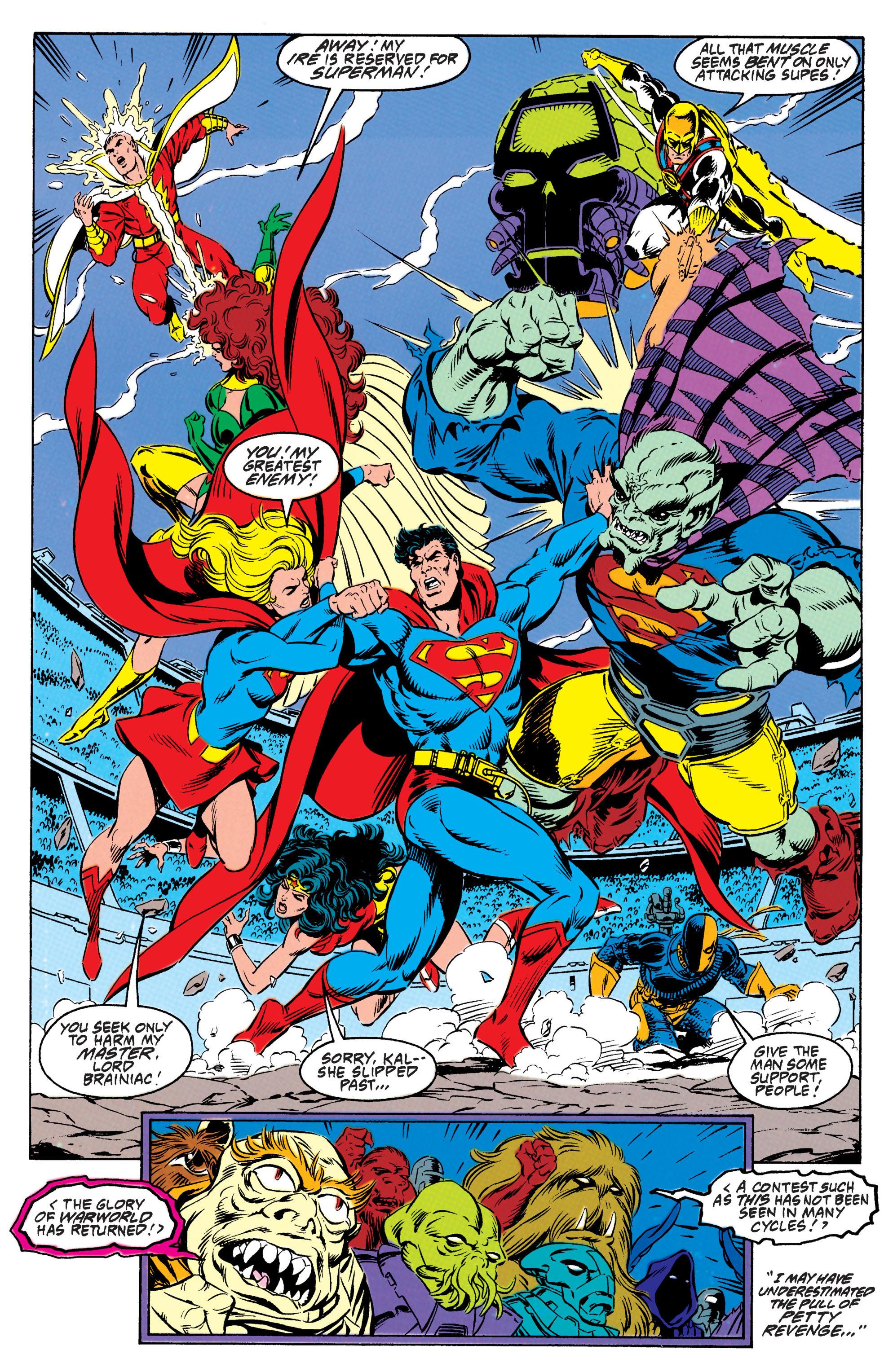 Panic in the Sky was very much a forerunner to The Death of Superman, also involving a big threat, big ideas, and a unified plot that rolled out across four monthly Superman comics. The different creative teams have certain points to establish within their sequences, but also the freedom to incorporate character aspects of their own.

It’s revealed early that the threat is the super-advanced artificial intelligence of Brainiac, and if he weren’t threat enough alone, the opening chapters show him gathering several other familiar faces, prompting Superman to do the same, so setting the stage. It also makes Panic in the Sky very much an ensemble piece. Many other characters take a turn in the spotlight (although some appear just included on artistic whim), with Superman always up front and central. It’s not always entirely convincing in honing in on desperate battles being fought in separate locations, and it’s very noticeable that this is early 1990s material. Dan Jurgens in particular has the characters explain the plot via their dialogue, and that reads as clumsy now. Roger Stern’s sequences throw the spotlight around more frequently, and he employs the likes of the Forever People, never headliners since their brief 1970s heyday, which makes his chapters slightly more enjoyable for the DC fan with a long memory.

Artistically Jon Bogdanove has the most individual style, but it’s not very pleasant, his Superman twisted into distortions and featuring muscles where none should exist, but his cityscapes are unmatched by the other contributors. Brett Breeding working from Jurgens’ layouts, Tom Grummett, Jackson Guice, and Bob McLeod are all solid storytellers, whose work showcases what’s needed to understand the story.

When DC reissued Panic in the Sky in 2016, they added almost half as much material again, but the trade off is that it’s missing the informative introduction text pieces by the assorted writers. There is some crossover with They Saved Luthor’s Brain, and indeed one chapter appears in both books, but the main problem in the extra material is Superman having to track down an other-dimensional being named Husque, and rescue a trapped scientist from Husque’s world. Contrasting the title story, this is definitively a Superman solo tale. It has its moments, and the comedy demon works, but isn’t really a selling point for buying the book. Jurgens follows up on Brainiac’s plans with an interesting form of destruction against which Superman’s raw power is useless. It’s clever, and a highpoint of the collection.

If Panic in the Sky is the first superhero graphic novel read by anyone under the age of twelve, they’ll probably consider it fantastic. It’s vivid and bombastic, and the sheer amount of characters featured is also an inducement. Anyone older will pick at the plot a little more. There are a couple of examples of Brainiac, supposedly super-intelligent, acting pretty dumb with the options at his disposal, and there’s also the perennial problem of Superman being so downright powerful. It doesn’t take too much thought to figure alternative and possibly more effective methods to his tactics. So, fun if you don’t think too much.