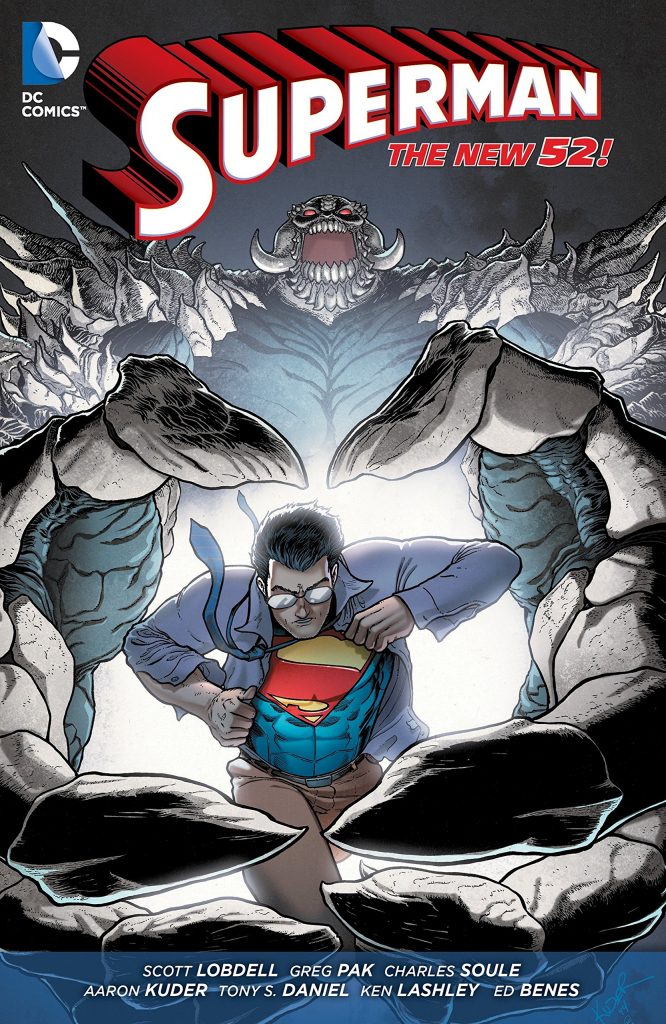 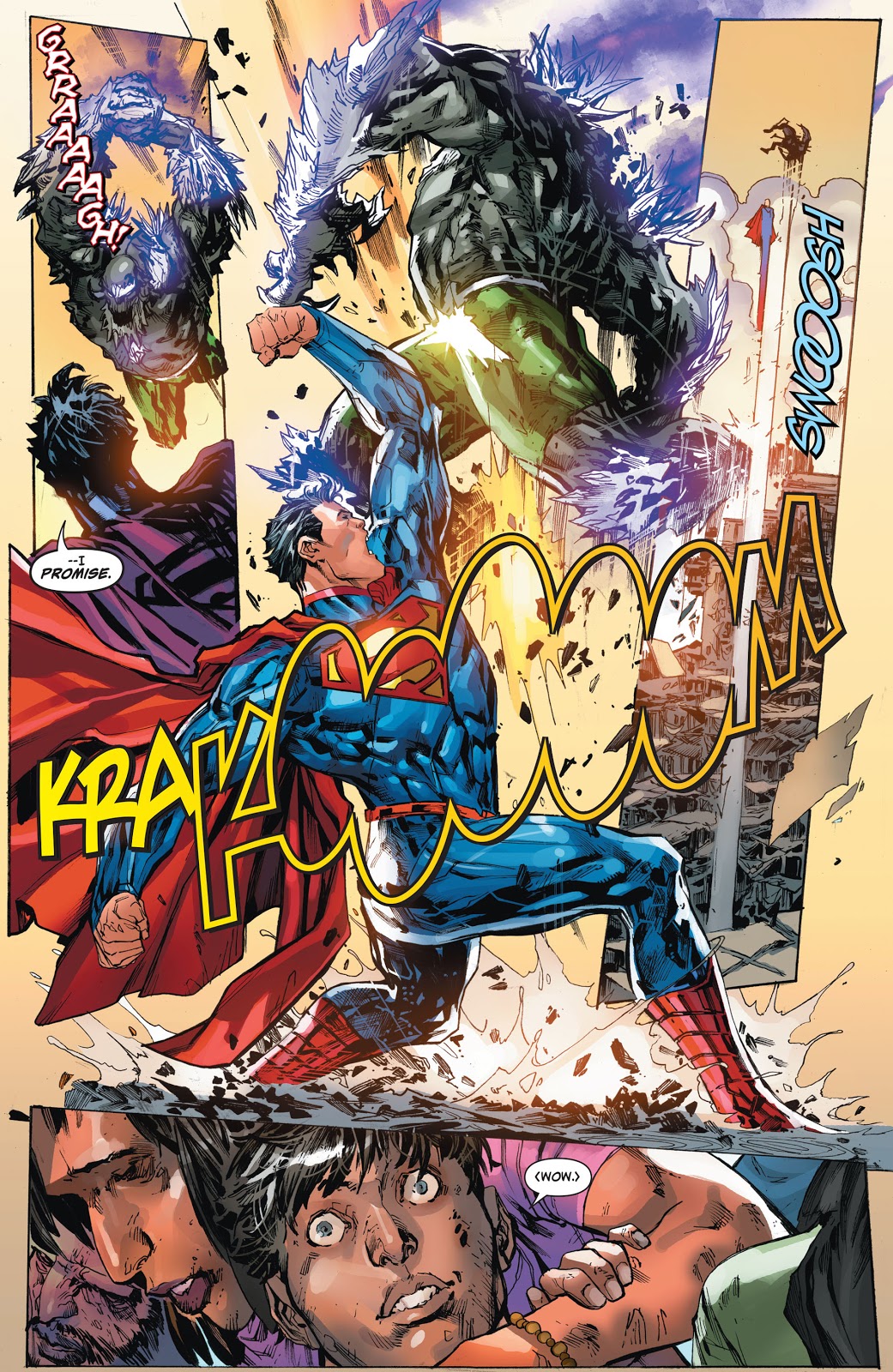 Clocking in at 500 pages, Doomed is a suitably monstrous collection for a Superman event. It occurs during the period DC rebooted their continuity as ‘The New 52’, so this version of Superman is involved with Wonder Woman, not Lois Lane, and the opening threat is the escape of Doomsday.

As the story originally crossed over several Superman-related titles, various creators are involved, and combine well over three prelude sequences establishing three problems. Narrative captions reveal someone has deliberately freed Doomsday; every Smallville resident is in a mysterious coma, and the Kryptonite Man has been upgraded. So has Doomsday, as Superman is told the version he fought before and who briefly killed him was actually only in a developmental stage. Only Superman could actually survive the briefest contact with this new version.

Writers Scott Lobdell, Greg Pak and Charles Soule set everything up professionally leading to the main story of Superman being infected when he tackles Doomsday, and eventually transforming into a version of him. That’s a good idea, but it then primarily becomes not a story about Superman, but about his friends attempting to cope with what he’s become. He’s not the only transformation, and while the other is even more surprising, they’d perhaps have been better used for a separate story.

An entire platoon of artists are involved, 25 in all, with no-one drawing more than a couple of chapters, so it’s surprising that this doesn’t have any great impact on continuity other than a few temporary characters not looking the same from one chapter to the next. The sample page is by Ken Lashley from relatively early in Doomed, but pretty well every one of the artists is up to the job. It’s only toward the end that standards begin to slip, with Thony Silas’ version of the main characters especially distorted and gruesome. On the upper end of the scale, Jack Herbert is good, Aaron Kuder’s stylish design and precision strikes the right note, and Tony Daniel draws a fantastic Hulked-out Superman.

Soule has problems with dialogue that sometimes sounds false as the characters explain to readers, while Lobdell has no problems with the dialogue, but his plotting doesn’t always make sense. Tony Bedard supplies an overly-melodramatic Supergirl chapter, leaving Pak as the standout writer. Both Pak and Soule supply good aftermath and wrap-up stories, sentimental in all the right ways, but Bedard’s Supergirl wrap-up has little to do with the remainder. Exciting in places, Doomed suffers from crossover sprawl, with many ideas jammed in to artificially prolong the event, and, of course, the sales. 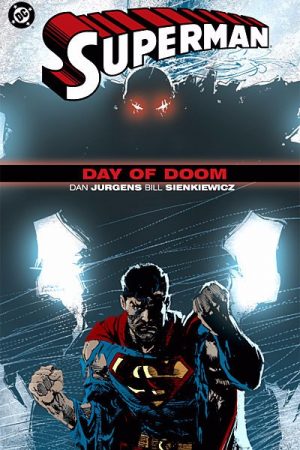 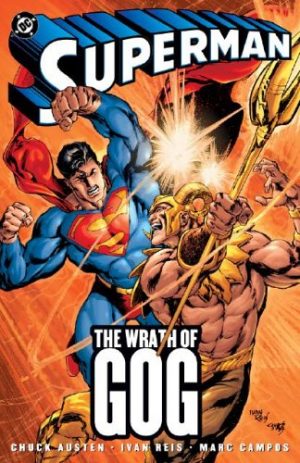 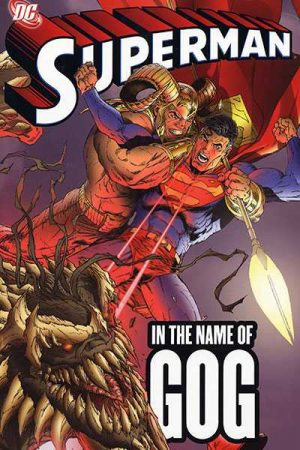