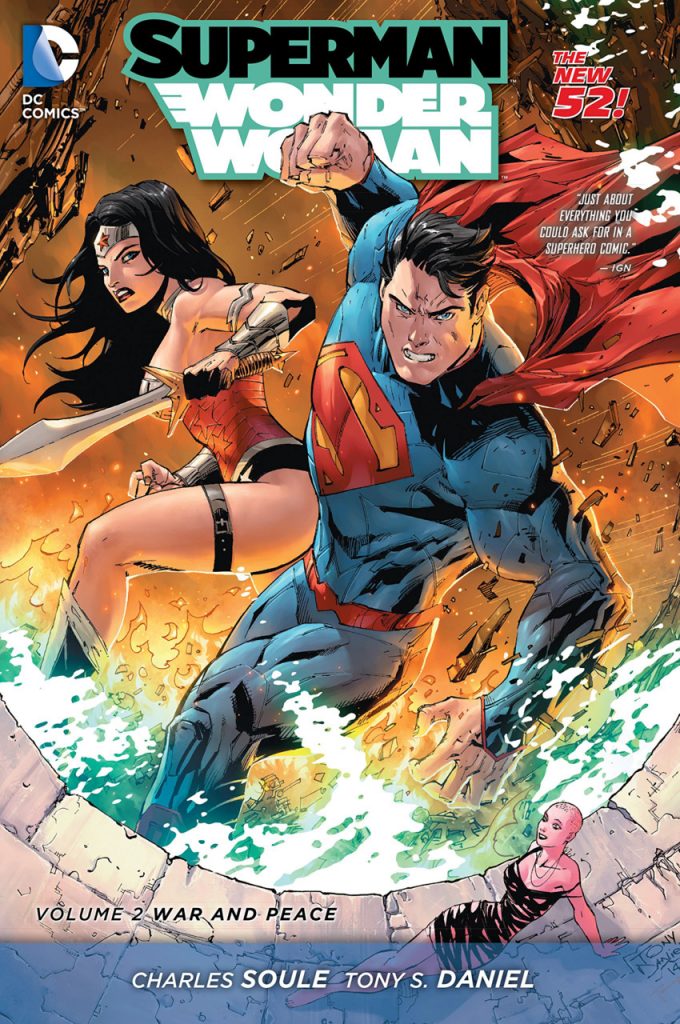 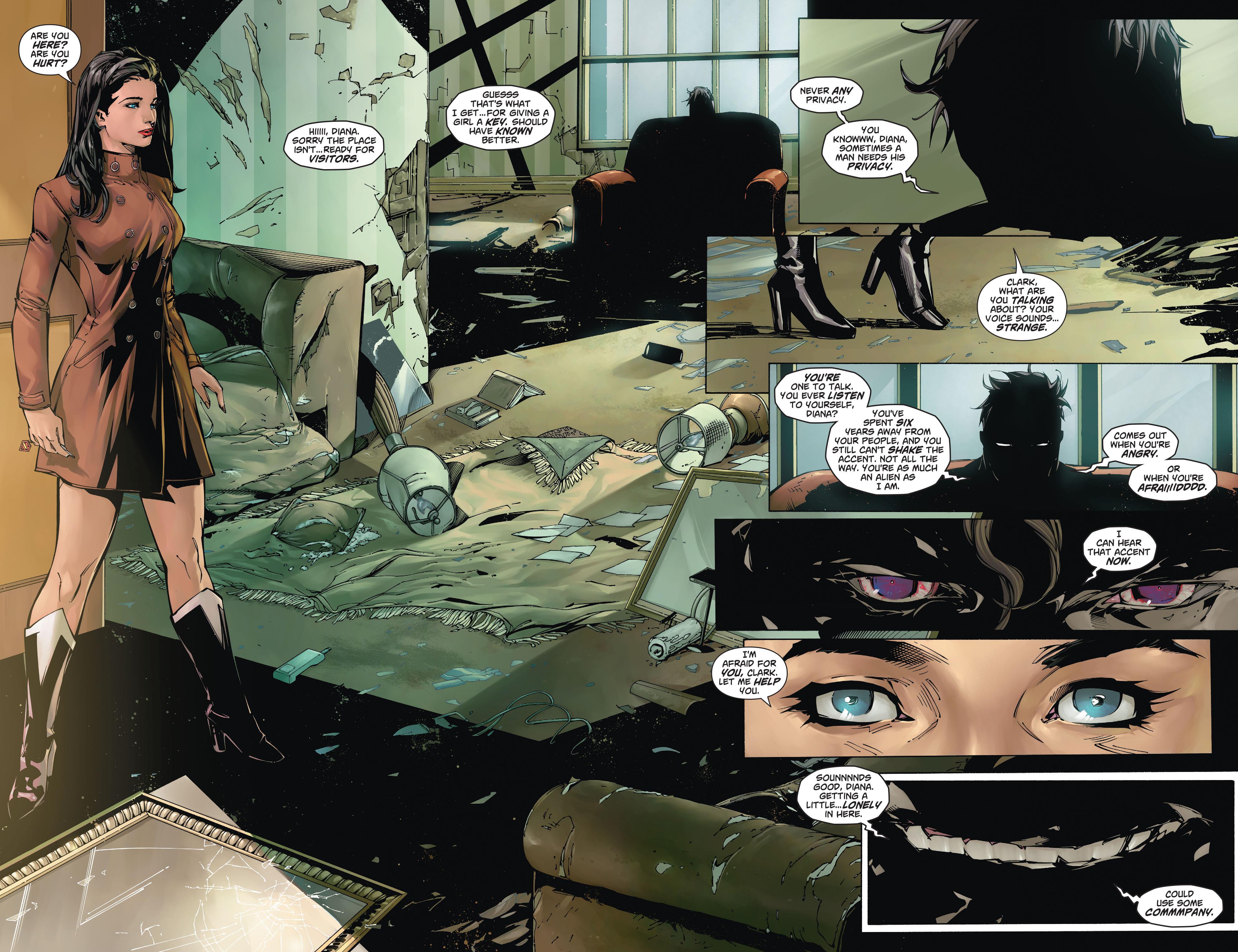 No-one really held out hope in advance that Superman/Wonder Woman would have much going for it when the project was announced, but expectations were confounded by Power Couple, which was a solid introductory shot. Here, though, we’re immediately thrust into that curse of modern comic publication, the crossover. This infected four other Superman titles, and should you wish to read the entire story it’ll require you buying four other books and then returning here every fifth chapter. Or alternatively buying the vast Superman: Doomed, which presents the entire story.

Plenty of other people have commented online about this, and War and Peace is the reading equivalent of a skipping CD. Offering the few positives from this complete bodge is marginally more than a few needles in a haystack. There are guest stars galore, so those who’ve not dived into DC’s ‘New 52’ are presented with a fair smattering of characters in their post 2011 incarnations. Swamp Thing’s participation is good. Tony S. Daniel supplies a monstrous Superman in such fine fashion it spurs thoughts of what his Hulk might look like, and as was the case in Power Couple, he illustrates some good battle sequences. Charles Soule integrates the supporting casts from Superman and Wonder Woman’s solo series effectively, but some of his dialogue is poor: “You attack me with my past? You use my relationships against me? Do you understand how that cheapens you?” or “Don’t you have better things to do than visit the imaginary mental Doomsday you locked away in your head”. It reads like writing rather than dialogue.

Unfortunately, this being the hodge-podge it is, Daniel’s not the only artist involved. Paulo Siqueira and Pascal Alixe are fine, but Thony Silas makes no attempt at artistic continuity. His brusque and angular figures are ugly, and so are his layouts. Waldon Wong and Cliff Richards contribute to an epilogue (there is no conclusion supplied here) in decorative fashion.

The two final chapters have absolutely no connection to the ‘Doomed’ storyline. Unfortunately, though, they tie into a different crossover, Futures End, set five years after the continuity of the remainder of the book. The Wonder Woman solo, decently drawn by Rags Morales, is possibly the only tale here that makes sense on its own, but the other is a series of portentous scenes, presumably intended as tempting, referencing events yet to be shown. That features good layouts and horrible figures from Bart Sears.

Everything presented here is available either in Doomed or in Futures End, and makes much more sense in that context. This, therefore, is a sordid, money-grubbing exercise fleecing the gullible. A new creative team takes over for Casualties of War.