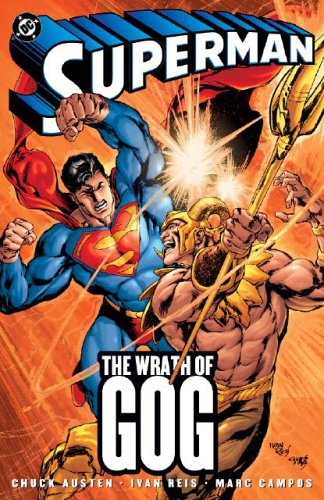 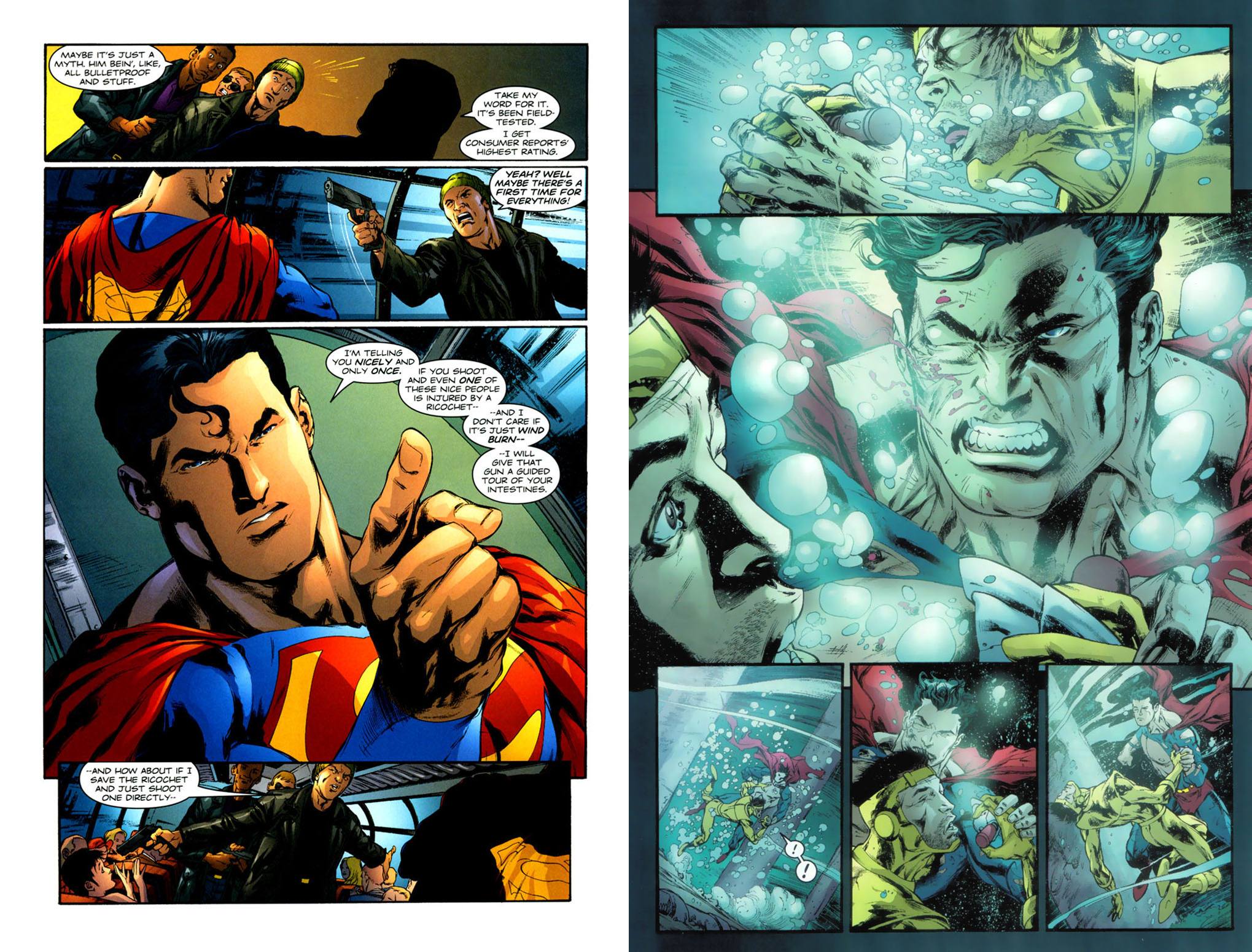 This first of two connected graphic novels featuring the formidable threat of Gog begins with a sequence that exemplifies the good and the bad of Chuck Austen’s take on Superman. The opening scene has armed robbers on the Metropolis monorail, the sample page taken from it. It establishes Superman doing something heroic, there’s a novelty, and it’s superbly drawn by Ivan Reis, but read that dialogue. It’s one of several occasions over the opening chapter where the thought occurs that we’re looking at some alternate Superman, as this version is boastful, smug and quick to resort to his fists. As the opening chapter continues, Superman’s day facing the likes of Darkseid is contrasted with Clark Kent learning of his demotion at the Daily Planet, which is never adequately explained. It just happens to ensure subsequent events play out.

They’re rapidly forgotten, however, as Smallville is attacked. Superman has sent the Teen Titans there, anticipating that Doomsday might show up, but instead they’re confronted with a new foe equally as intimidating in the armoured Gog. He matches Superman in terms of brute strength, and may not have all his other abilities, but what he can do is teleport. Reis is amazing during an extended battle sequence, laying it out in a way that the vast power almost makes the pages shudder. He’s called on to do that an awful lot over six chapters, and it’s to Reis’ credit that it always looks good.

However, the downside of Reis’ art looking so good is that beyond the few opening Clark Kent moments, there’s little except action through the entire book until Lana Lang appears in the final chapter. There’s a cameo over a few pages for a frankly deranged doctor, but otherwise it’s Gog-battering, and because they think he’s vulnerable many of Superman’s enemies take advantage. So many, they’re not even named.

Perhaps Austen has something in mind for In the Name of Gog that will answer many of the questions raised here, not least who Gog is and his motivation.