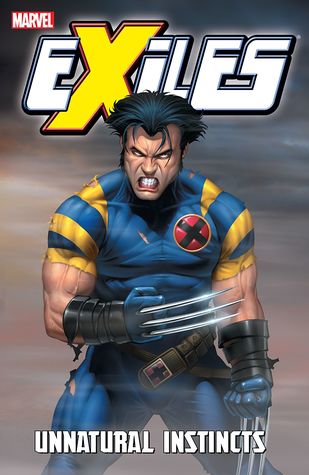 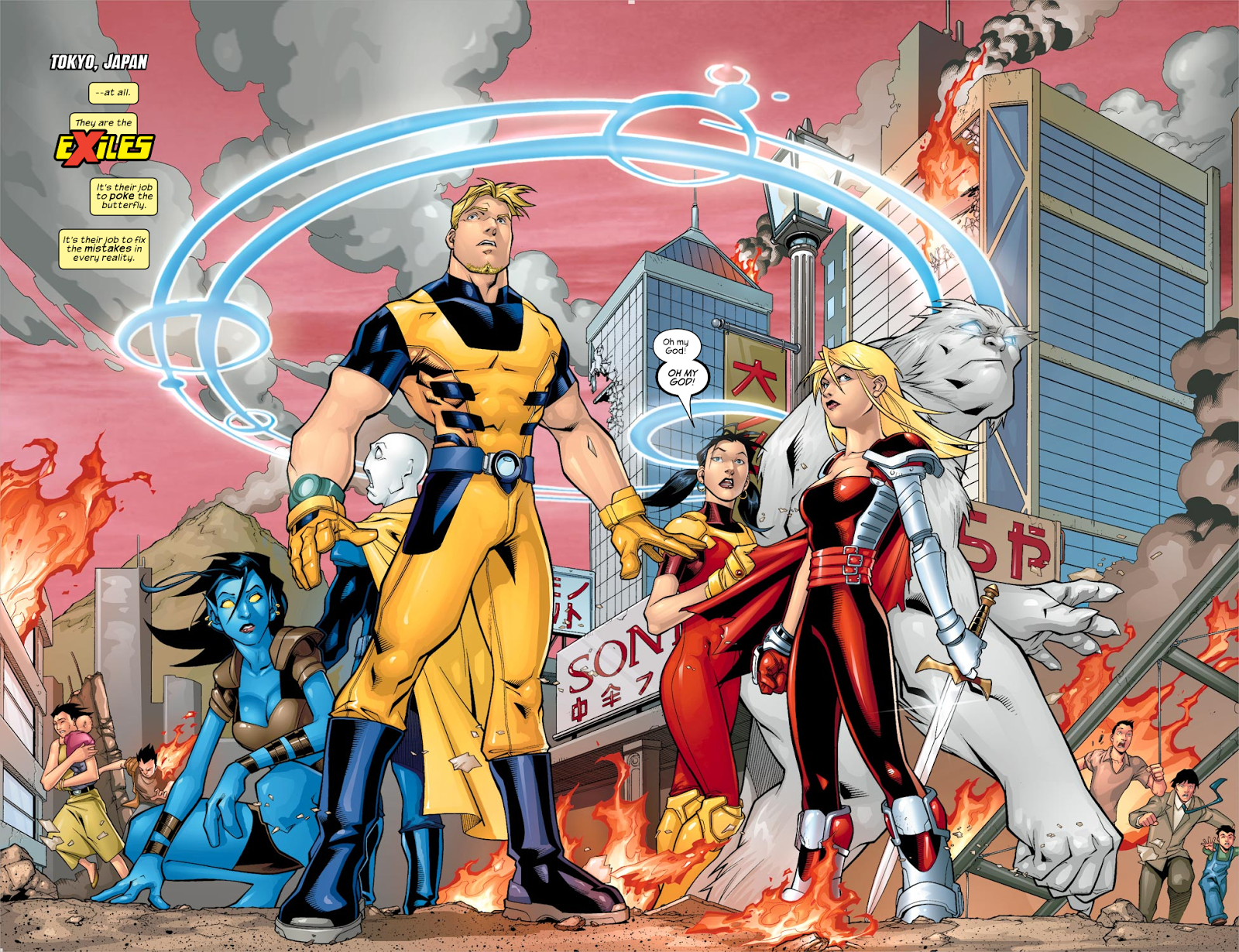 A shock awaits anyone following through the Exiles graphic novels sequentially. Until now the artists may have changed, but feature has been under the control of Judd Winick, who’s progressed the characters nicely, with the previous Legacy a satisfying superhero graphic novel. Unnatural Instincts is written instead by Chuck Austen. Here’s a taste of his approach: On a world where Danny Rand runs Heroes for Hire, his organisation employs every superhero and sends them out on missions. Because Rand is a bit grumpy no heroes are on hand to prevent Moses Magnum wiping out Tokyo, killing everyone. The Exiles arrive, and the Japanese Sunfire is distraught because among the victims are this Earth’s counterparts of her family and so many others she knows and loves. Magik loses the rag and bawls her out about saying it’s no problem because there are millions of other worlds where Japan survived. Mimic’s response is to tell everyone he’s sick and tired of them and wants to go home. That’s no teething aberration as further distasteful moments follow page by page.

A second big emotional drama is that to complete the mission, Magik has to murder this world’s equivalent of her brother, a task she accepts in the same casual manner as millions of dead Japanese. Meanwhile Moses Magnum and his girlfriend make out in the streets amid the corpses. It reads as some demented fan fiction about the Exiles, not something actually commissioned after discussion with an editor.

Everything plays out as if the Exiles we’ve come to know over four previous graphic novels have been replaced by alternate alternates. Still, if it’s just a two part fill-in it can be written off as a bad dream. Doh! Austen’s on the next story as well, and this time it’s three chapters. Mimic hasn’t got time to argue, but he has got time to start a time-consuming fight with Juggernaut. Neither can anyone else explain anything to reasonable people. The Angel’s blood is needed to cure someone, and the only option that occurs to Magik is to kill him to obtain it. Nocturne can’t solve the problem in the first chapter, but remembers she can after all in the third. Sometimes only the word ‘jobbies’ suffices.

Everything is drawn neatly enough by Clayton Henry, but he’s fighting a losing battle against the quality of the scripts. The good news? Winick is back to write the following Fantastic Voyage. The bad news? Austen is back for A Blink in Time after that. This content can also be found in Exiles Ultimate Collection Book 2. 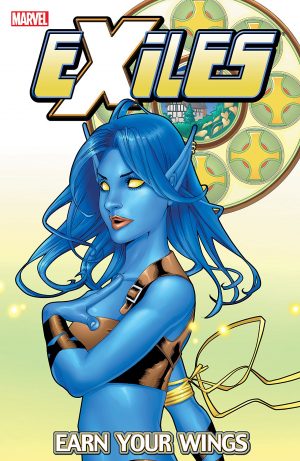 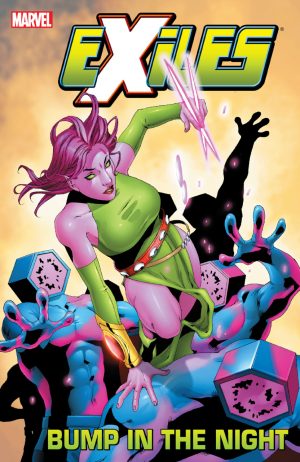