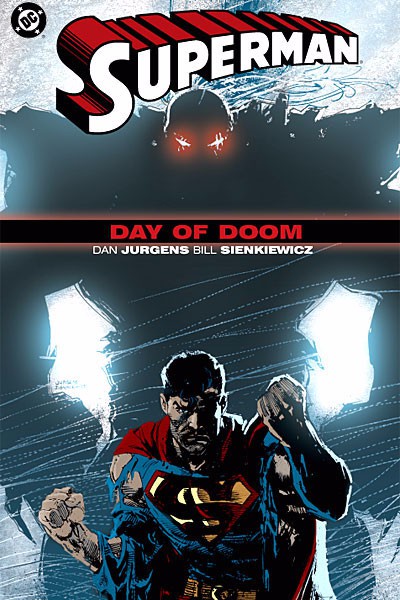 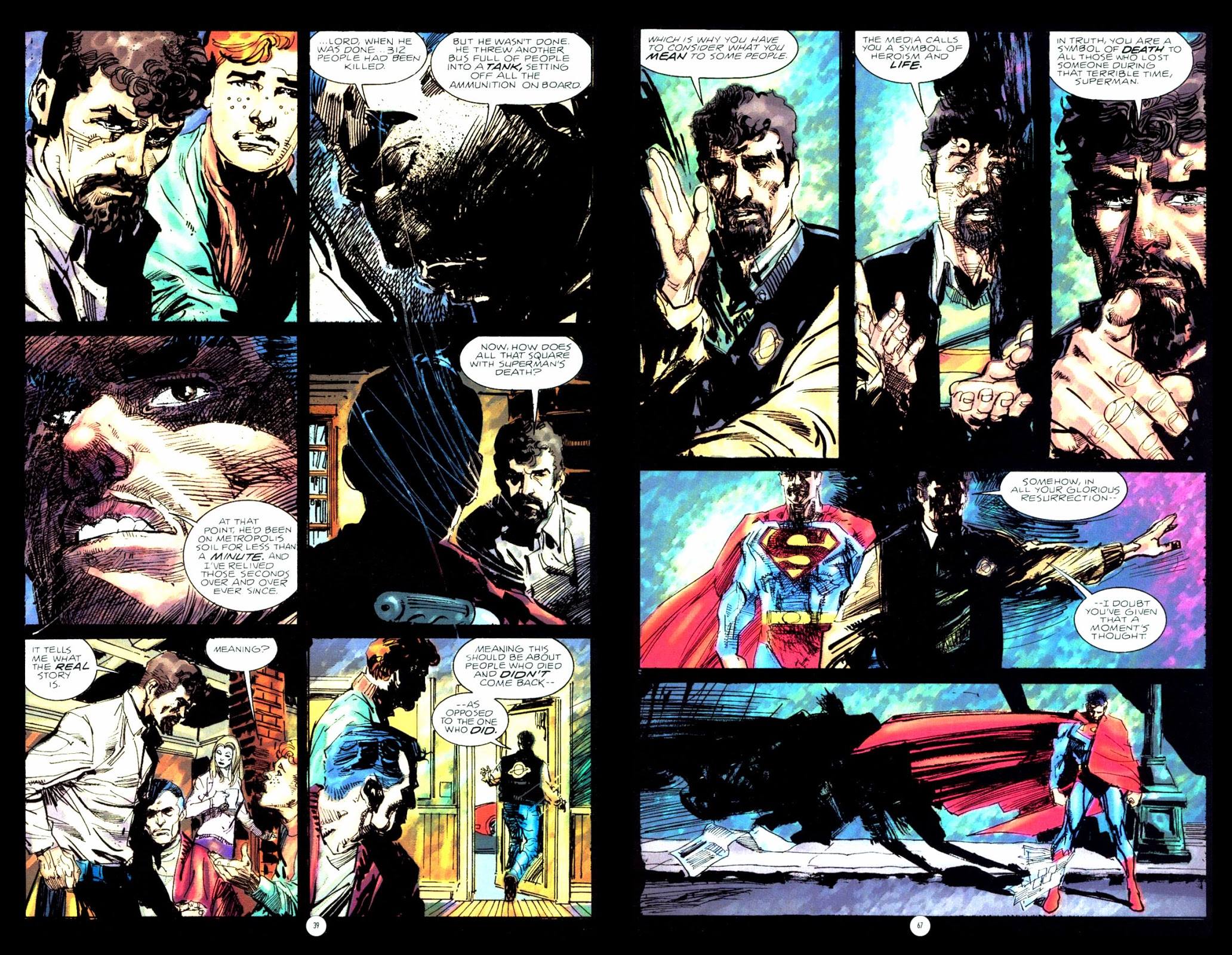 With the anniversary of Superman’s ‘death’ at the hands of Doomsday coming up, reporter Ty Duffy is assigned the task of writing the Daily Planet’s annual front page story commemorating the trauma. As characterised by Dan Jurgens, Duffy is ambitious, but unwilling to put the work in, and he sees the commemoration as redundant, not least because Superman eventually returned.

Jurgens uses that as a platform to examine his own Death of Superman story from the 1990s, which avoids developing into narcissism through the use of different viewpoints. Prevented from taking the easy option of interviewing Superman as his starting point, Duffy is forced to chat with other witnesses, each of them illuminating events. Wisely, while opening with Blue Beetle and Booster Gold, Jurgens doesn’t limit his exploration to the super powered community, and quickly moves on to how Doomsday’s rampage affected ordinary residents of Metropolis. It makes Day of Doom about Superman, but without much direct participation until halfway though, although he’s given a nod as Superman investigates a seeming copycat rampage. It’s the perspectives provided by the interviewees that provide the main interest.

If the story veers away from predictability, so does the art, with the usually clean approach Jurgens takes given a radical shift by virtue of Bill Sienkiewicz supplying the inks. Jurgens is a great storyteller without being a distinctive artist, whereas distinctive could be Sienkiewicz’s middle name. The combination gives Superman and his world a very different look, but isn’t well served by the primitive colouring supplied by Hi-Fi Designs.

New and interesting points of view on Superman’s death and the aftermath are offered, and everything trundles along very nicely until Jurgens reveals Duffy’s resentment of Superman. This involves a dip into mental illness, and a melodramatic lecture as seen on the sample art. It’s a necessary bridge connecting past and present and feeds into an enlightening moment for Superman, but it’s clumsy, however well intentioned. The ending is also flawed. Jurgens cleverly sets up a moral conundrum regarding tragic events from DC’s past, but then leaves it hanging, whereas Day of Doom cries out for an actual conclusion. A primary purpose has been Duffy’s journey, and it needed to end with his final thoughts.

It leaves Day of Doom having interesting art and much of value to say about Superman, but never becoming a game-changer. 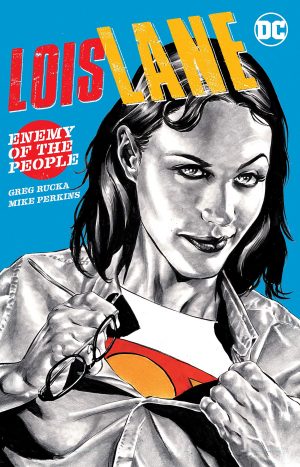