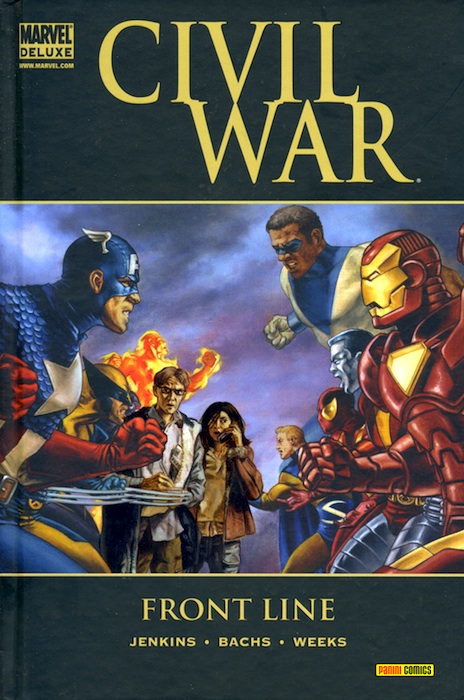 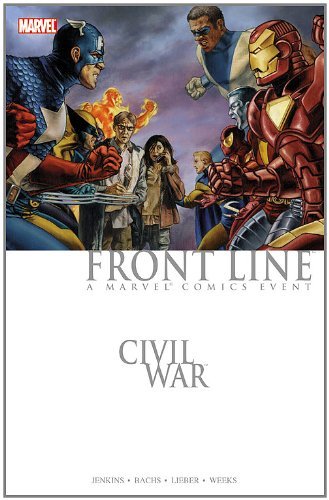 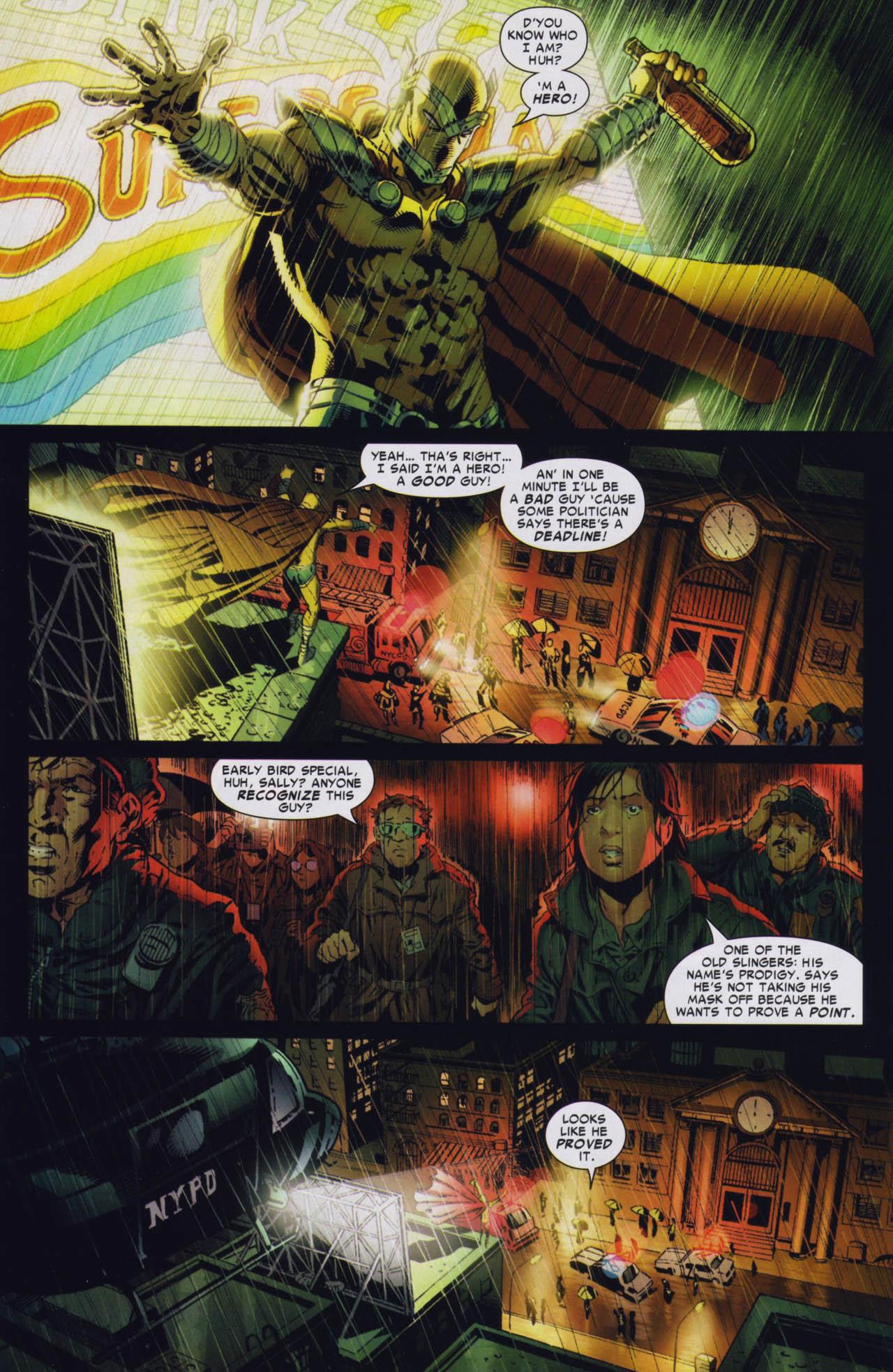 Civil War: Front Line opens on the funeral of an innocent cameraman killed in the Stamford Disaster that sparked events in Civil War. The interactions of mourning journalists in a bar set the tone for the rest of the book, a sombre look at how human emotion drives politics more than we realise. Among the journalists are Ben Urich and Sally Floyd, discussing the inevitable passing of the Super Human Registration Act and the effect it will have. In the course of the conversation we discover that Ben Urich will be writing for the pro-registration right wing Daily Bugle, while Sally will be covering the events for the liberal leftist anti-registration paper. Robbie Baldwin (Speedball) is found 500 miles away in a wood and now detained for the ‘terrorist’ actions of Stamford, depowered, ostracised by the hero community, persecuted by the prison inmates and guards, seemingly held under questionable policies and procedures. As these dramas unfold smaller ones take place that threaten to escalate the “Civil War”, but is someone manipulating people and events to make sure the American Dream of freedom for all is maintained. The question is: whose freedom?

Front Line is a bold piece of storytelling in that writer Paul Jenkins was given carte blanche to create a series that tied in with the events of Civil War but also reflected the political climate of the USA post-9/11. It was a tumultuous period of international unrest with the rise of terrorist groups and signs of growing economic uncertainty, but specifically for America, often the focus of these attacks. It threw up a lot of questions, the answers to which remain muddied. While not perfect (it is virtually impossible to appreciate this unless you have read Civil War) Jenkins did present quite an honest critique of American politics by holding up the Marvel universe as a mirror. The political commentary (always difficult to present objectively) was measured by including short story reflections on historical conflicts. Poetry, letters, songs, journals, historical text and even stories from Jenkins’ personal family history were employed to help bring perspective. When it comes to politics it suddenly becomes incredibly difficult to remain un-invested, and although Jenkins tries, he doesn’t always succeed in keeping his emotions out of it. Whether that improves or weakens the story will be a matter of opinion and, like Civil War before it, Front Line is just as likely to polarise people into groups for and against.

In addition to compiling Front Line Volumes 1 and 2, tie-ins ‘The Return’ and ‘Choosing Sides’ are also included. These feature various Marvel characters like Captain Marvel, The Sentry, Iron Fist and USAgent. USAgent’s story is interesting because his adversary the Purple Man bears an uncanny resemblance to actor David Tennant who portrayed him in Netflix’s Jessica Jones series a few years later. The stories generally flesh out details in the primary narrative, some good and some marketing fodder. Artwork by Ramón Bachs, Steve Lieber, and Lee Weeks keep the three main intersecting stories feeling grown-up, while a plethora of artists contribute to Jenkins’ short stories. This is one of the most artistically consistent series’ that latter day Marvel has ever produced, not perfect, but always good and well complemented.

Front Line adds an everyman perspective to the Civil War saga lacking in other titles. It captures the emotion of the time well, and while flawed, it is a bold effort from Paul Jenkins.