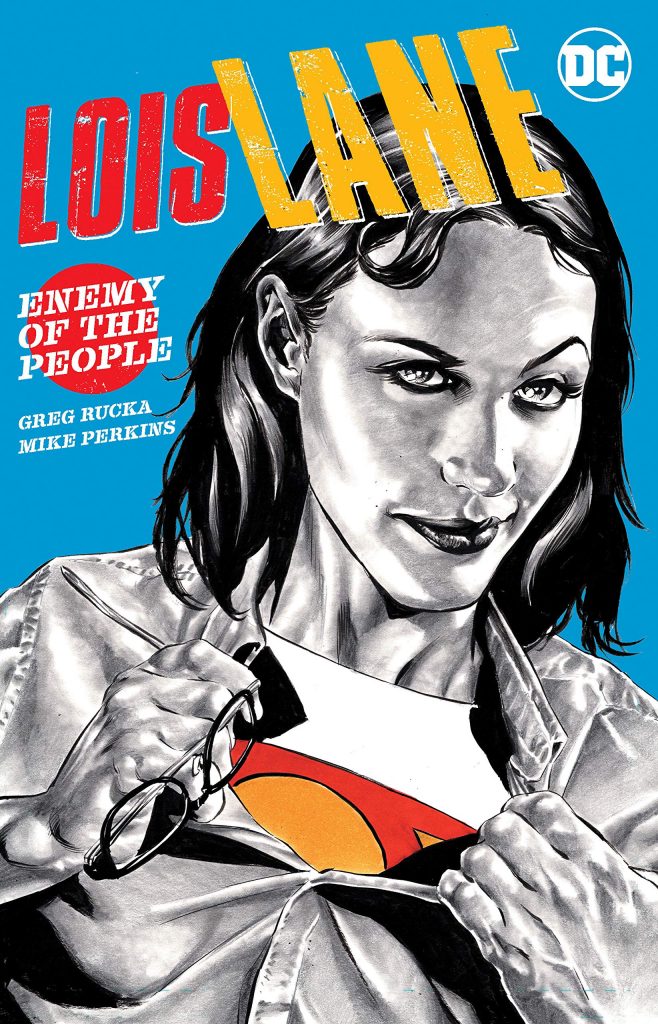 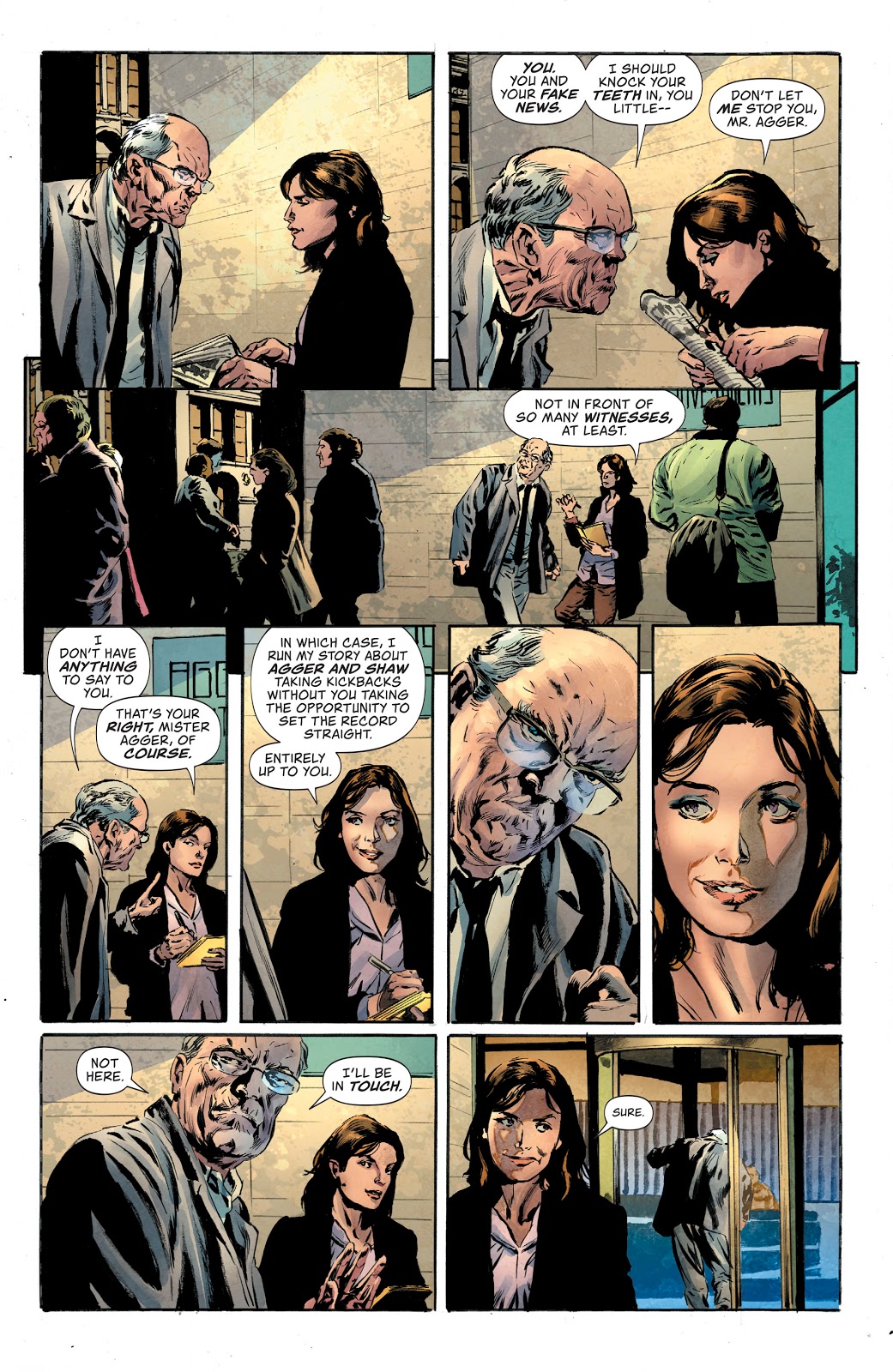 “I’m not going to stop doing what I’m doing and saying what I’m saying, because then they win”.

Early in the second chapter Greg Rucka places this justification for Lois Lane’s journalism in her mouth, one of so many quotable line he supplies. Another is “truth is so potent that given the choice most people would prefer to ignore it in favour of a lie more to their liking”. Have DC finally realised what they have in Lois Lane? It’s been fifty years since she was the cliché of popular culture associations, but for most of that time her journalistic investigations have been a secondary concern, prominent, but still more likely than not a reason for Superman’s eventual involvement. Rucka’s time writing Superman was compromised, and so was his Lois, and Enemy of the People reads as if he needs to put something right. This Lois is well-rounded, tenacious and stubborn, and places truth at the centre of her universe, the inconvenient truth prioritised.

Rucka bolsters Lois by explaining journalistic technique, even going as far as justifications for the craft, and highlights the difficulties for good people doing the right thing, while Mike Perkins embeds Lois in a largely naturalistic world. It’s decorative where permitted and seedy where needed, but almost always something we recognise. When he can stray from the path, Perkins gives us a great scene of Lois and Superman flying, or of the Question beating up a gang in a bar. She’s a Rucka creation, and features heavily, as Lois’ protection, investigator and sounding board.

Interestingly, it’s the continuity that sometimes impacts negatively. Do readers wanting a story about Lois’ core strengths care about Superboy’s decision to join the Legion of Super-Heroes? It’s intended to build Lois’ overall qualities, as is a later chapter about her fractious relationship with her military father. Superman, though, is handled well, torn off a strip early and therefore not around at the most troublesome point. It’s where readers will pick up that Lois ought to be suspicious and querying what’s happened, especially given what she’s just been told, yet she’s oblivious. It’s unconvincing for the person Rucka’s constructed.

A clever feature is that we become so caught up in Lois’ life, we ignore the big point of exactly what it is she’s told several people she’s concealing, and that comes into focus over the final three chapters. At first it appears an invasive intrusion of DC’s superhero primacy, but it’s smart, even if Rucka skimps on the detail late on for what becomes a confusing turnaround. More regrettable is the use of a same sex relationship as voyeurism. Still, it’s balanced by many neat small details such as the Melissa McCarthy/Sean Spicer conflation, the icing on the cake of an intelligent story about both the craft of journalism and the necessity of truth.

In recent years DC have made commendable efforts to diversify, primarily generated for younger readers, so would there be a place for a regular hard-hitting, realistic human drama focused on journalism? Minimising superheroes, please.