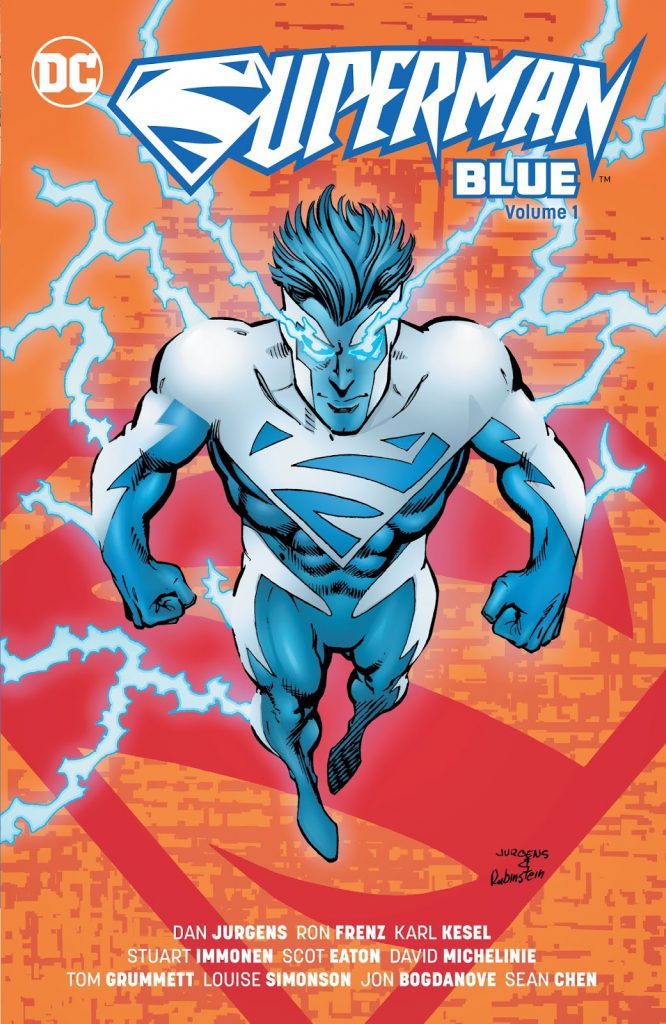 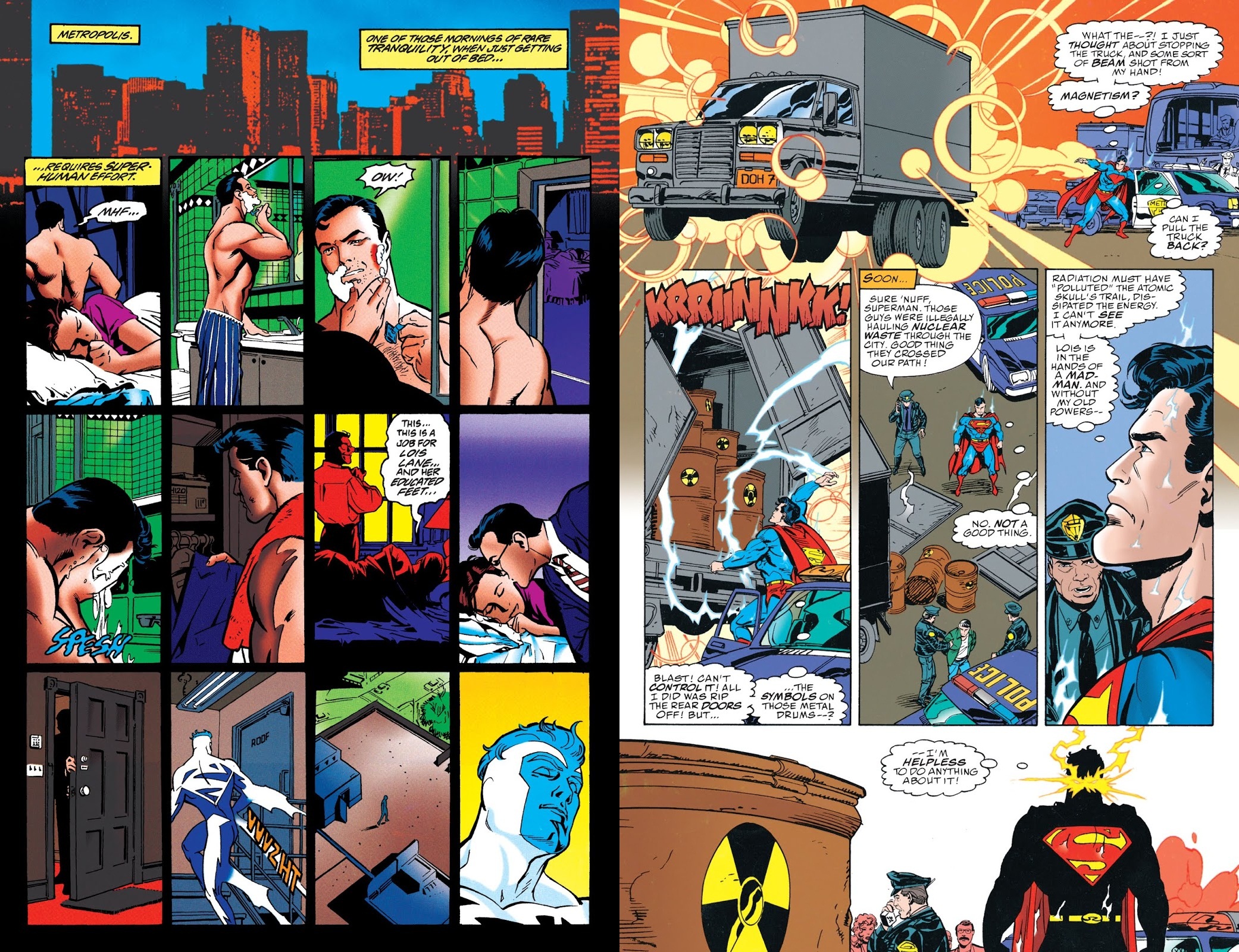 The Death of Superman had been a sales blockbuster for DC in the 1990s, and with four monthly Superman titles to fill, the question became how to sustain that success after he returned. Building toward his marriage to Lois Lane was the immediate solution, but then the same problem returned, and DC’s next thought was to radically change the way Superman looked and how his powers functioned. DC committed to this for eighteen months throughout 1997 and 1998, and this is the first of four proposed collections covering the entire period.

The earlier crossovers between Superman titles followed a formula of Superman action scenes being contrasted with the more human drama of Clark Kent’s civilian life, and that continues here, featuring Lois and the Daily Planet, where some anti-Superman sentiment is taking hold. Superman’s changes begin with electrical discharges, then his dematerialising, and because Superman can’t trust his powers, he’s not as effective in protecting the public. The opening episodes show him puzzled by what’s happening, then gradually coming to terms with what he can no longer do while trying to adjust to and control new powers. Writers Dan Jurgens. Karl Kesel, David Michelinie and Louise Simonson are imaginative in redefining Superman, one of the best twists being that if he maintains solidity, required as Clark Kent, he’s no longer invulnerable, which isn’t really explored.

Four primary artists are used, with Stuart Immonen (sample art left) being the best of them. There’s a warmth to his characters and an imagination to his layouts that goes beyond the other artists. Jon Bogdanove has an enthusiasm that transmits, and it’s interesting to see his art developing from earlier work, edging more toward cartooning, but it’s no longer always suitable for this version of Superman. Tom Grummett (sample right) is the solid superhero artist, and Ron Frenz is still coming to terms with his approach, which is also interesting due to his chameleon ability to mimic others. During this period he was looking at John Romita Jr’s work. Early in his career Scot Eaton’s not so impressive, talented, but having depth problems and his layouts would improve.

In terms of villains, Superman’s up against some real heavyweights in the form of Atomic Skull, Metallo and new character named Scorn, who also experiences a transformative journey. Metallo as, in effect a Transformer, allows for some interesting visuals, but was this the way to go? By the end of the book Superman is more or less comfortable with his energy form, we’ve seen the Atom, Booster Gold and the Ray drop by, and in addition to the villains there have been problems in the bottle city of Kandor, shrunken aliens with strange religious beliefs. The collection ends with Jurgens and Sean Chen, whose layouts and general dynamism better most of the other artists. The story’s not part of the main continuity, and is enjoyable, the key being Superman losing powers yet again, so needing a supporting cast.

This opening volume entertains in brief spurts rather than continuously, with almost everything dragged on that bit too long. A 1998 collection, Transformed, is thinner and less comprehensive, but includes prelude stories not part of this collection. 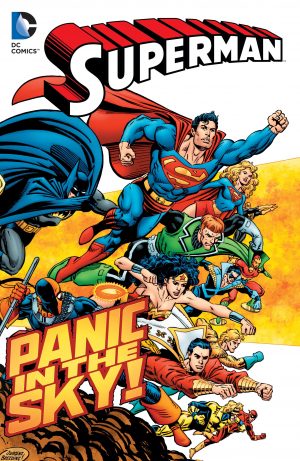