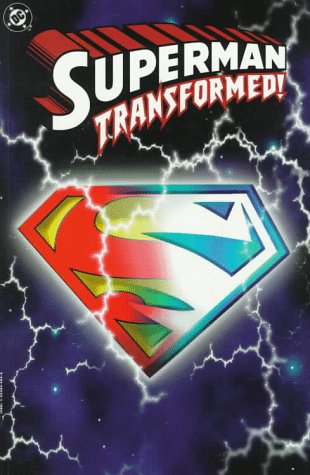 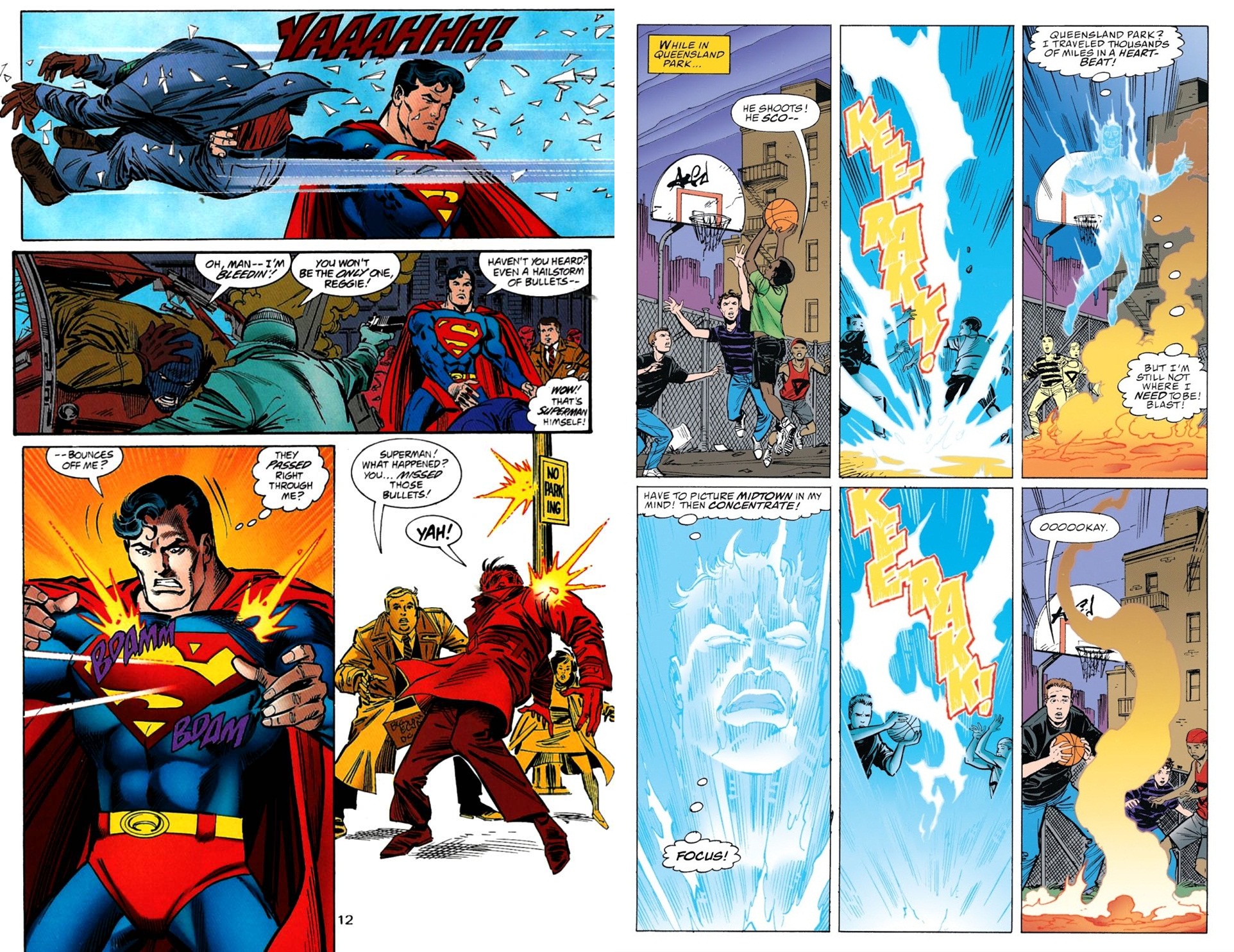 Throughout 1997 and halfway through 1998 Superman was a life form composed of electrical energy only held in check by a blue containment suit. Transformed is the story of how he came to be that way. Issued in 1998, an era before all monthly superhero comics were routinely collected as trades, it would have been nice to have at the time, but now it’s a flawed creation. It encompasses issues of four different Superman titles by four different creative teams, basically detailing two transformations, but with a gap between them.

To begin with we have a Superman without any powers, yet still wearing a costume, and trading on his reputation and personal bravery as he continues to fight crime. His single-mindedness is inspiring, and while acting in the public interest he’s also hoping friends can access the solar power that should have restored his strength. The Guardian, Project Cadmus, Professor Hamilton, the Legion of Super-Heroes and the New Gods are all involved, the list alone giving some indication of his standing. Midway through his powers are restored, and the continuity then takes a leap forward. Superman is again experiencing strange losses of power, but this time it’s different. His powers aren’t gone completely, but are changing, as is his body, and during a battle with the Atomic Skull, one of his more threatening enemies, Superman’s at a tremendous disadvantage.

Six artists over nine chapters means some considerable artistic variance, with Ron Frenz and Tom Grummett (sample spread) providing the baseline standard to which all others should aspire, but not all of them make it. Jon Bogdanove is in the process of changing his style, and it leads to some weird distortions on his pages, while early in his career Scot Eaton has the basic talent, but not the eye to lay out his pages more interestingly. Ron Lim and Paul Ryan aren’t poor, but neither does their work shine. The changing artists also lead to an irritating lack of continuity. Superman leaves Project Cadmus in a vehicle designed by Ryan, but crash lands in Antarctica in a different piece of technology as drawn by Grummett. A subplot running throughout is newspaper editor Perry White’s battle with cancer necessitating frequent chemotherapy treatments, yet some artists have him far more thin and unhealthy than others.

This is a graphic novel that lives up to its title, but only ever rations the thrills. Small moments are really interesting, such as the Legion breaking into Lex Luthor’s HQ, but much else is ordinary. The second half of the book is encompassed by the more recent first volume of Superman Blue, and continues the story from his transformation. 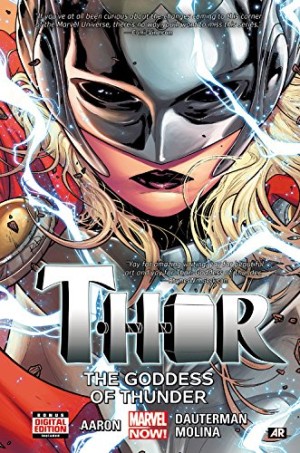 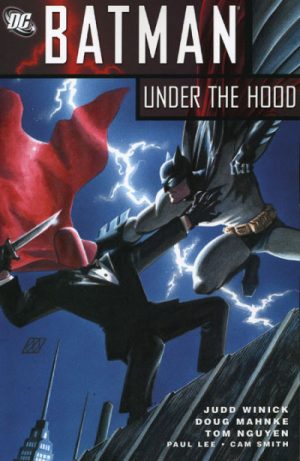 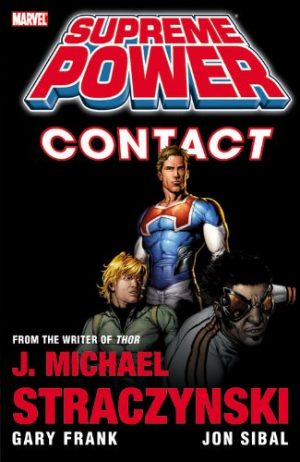 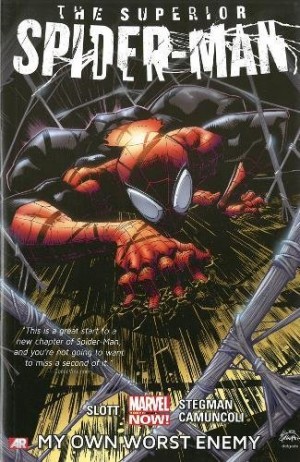