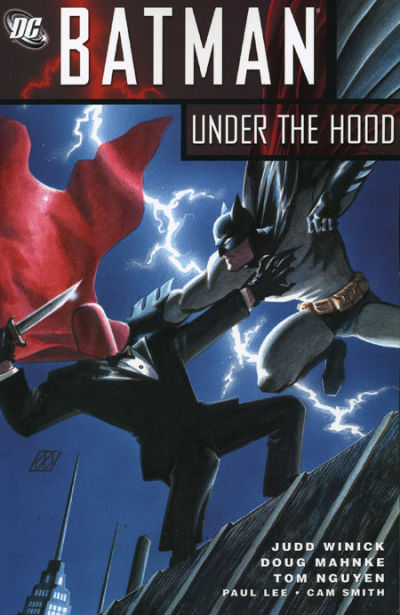 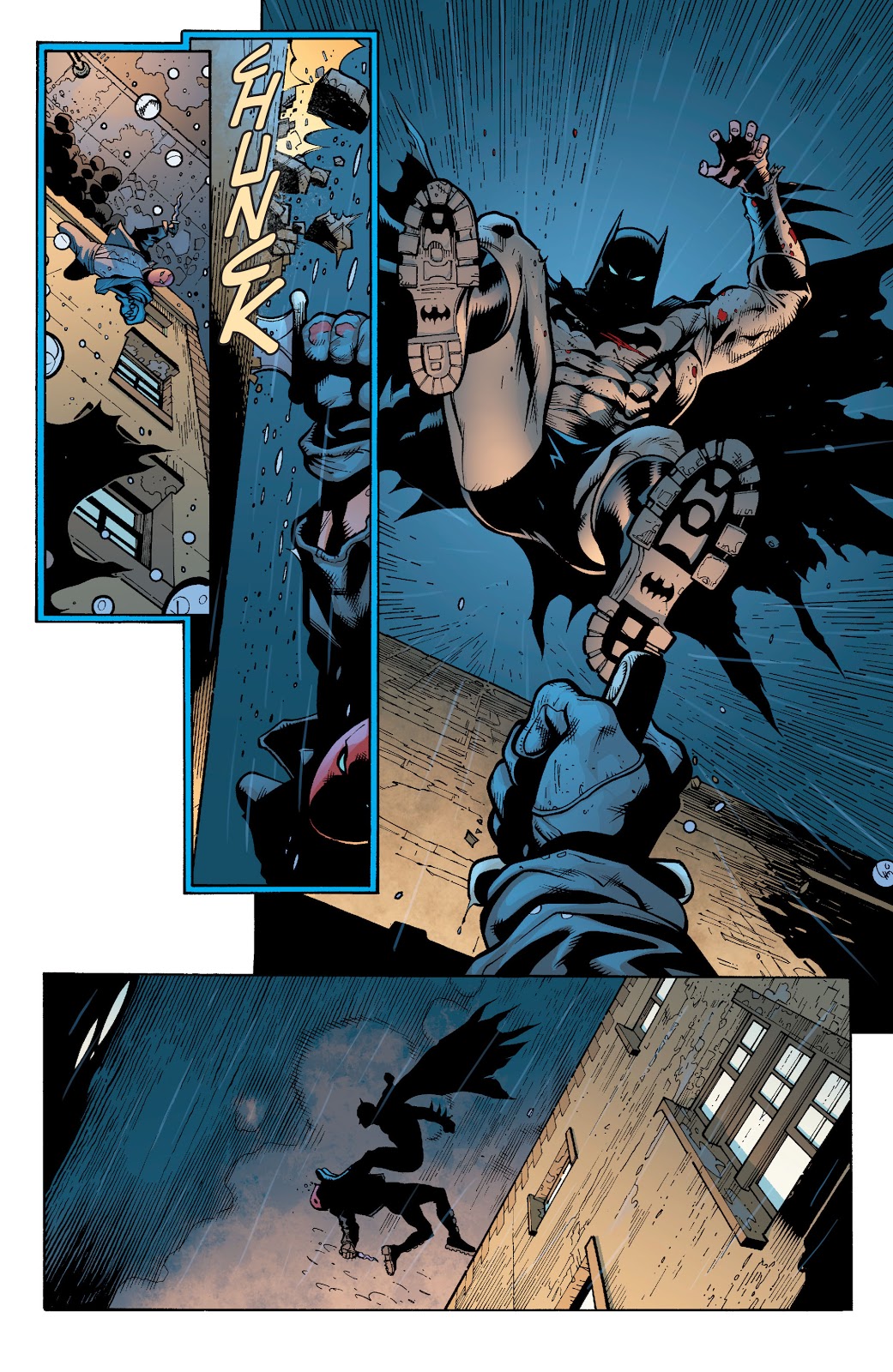 Judd Wininck begins Under the Hood with a brutal fight, before a clever piece of plotting that at a stroke reduces Batman’s effectiveness and opens him up to countless further problems. Wayne Industries research and development company being bought out from under Wayne removes access to all sorts of devices Batman uses, and also threatens their use by others. It’s an effective device, indicative of the first hand knowledge a new criminal known as the Red Hood uses to target Wayne and Batman.

All this time later, what was kept as a very effective mystery over the first four chapters is now common knowledge. The Red Hood has starred in his own title, and has become a DC universe mainstay, edgy and unpredictable, but always on top of his game. It might be assumed that with the mystery in the public domain Under the Hood would no longer read well. That isn’t the case because Winick set up his story to be more than a mystery. A middle chapter sees Batman and Nightwing facing off against Amazo, an artificial being with the combined powers of the Justice League, so infinitely above Batman’s power level. Doug Mahnke drives this home with some great action art, but what elevates the story above standard is Winick applying a series of narrative captions explaining exactly how Batman approaches the situation tactically, always one step ahead.

Mahnke produces his usual eye-catching, expansive pages, good at laying out a story to best bring out the action scenes, and good at making sure those impact. The little bat emblem on the sole of Batman’s boots seen on the sample page is a lovely touch. Does Batman have them specially made or does he stencil the emblem on himself? Paul Lee fills in for a single episode, also a good artist, but his figures are more posed.

When this story occurs the Black Mask is Gotham’s major crimelord, and it’s fun seeing Red Hood give him the runaround despite Mister Freeze being at his disposal. Batman’s also got the Black Mask’s thugs in his sights noting “you’re all too loud and stupid”, an assessment Red Hood agrees with, referring to a different set as “making more noise than a rhino at the ballet”, which prompts a nice image. For all the amusing asides, by the end of this opening half of Under the Hood, Winick appears to be creating a DC equivalent to the Punisher, someone who has a single-minded solution to problems of criminals not involving any opportunity for rehabilitation. It’s a viewpoint logical given what we know of the revealed Red Hood, and among the action there’s pause for Batman to come to terms with what he’s almost certain about. Winick writes several good scenes where he chats to superhero colleagues who’ve been considered dead at some stage, although distanced from the continuity of the times, the conversation with Green Arrow loses some meaning. Everything comes to a head in volume two.

When reissued as a single collection, DC changed the title to Under the Red Hood, to match the title of the animated film based on this story. 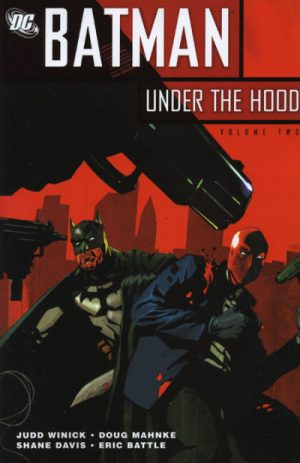