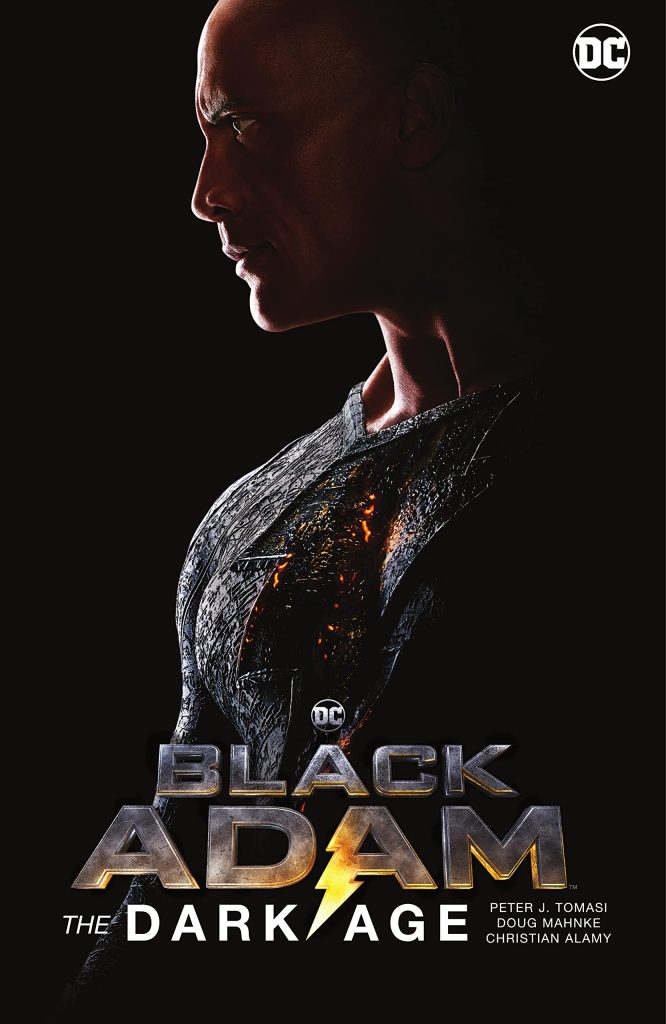 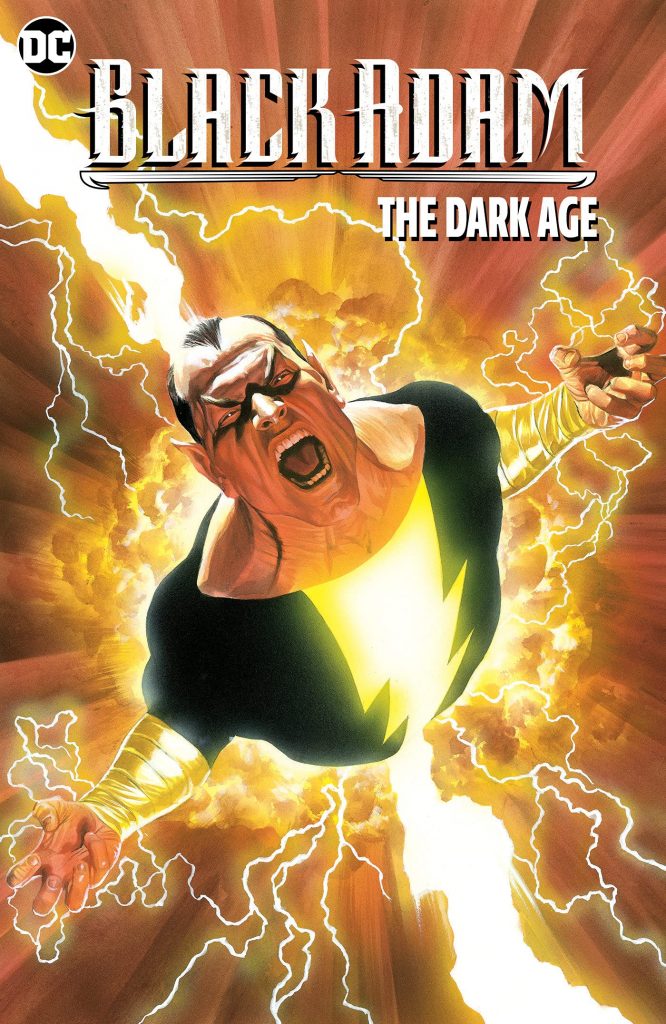 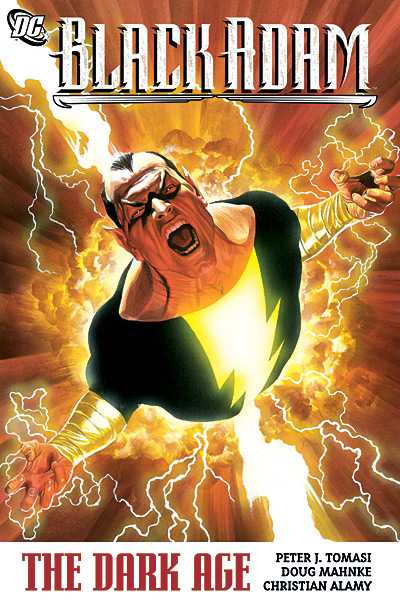 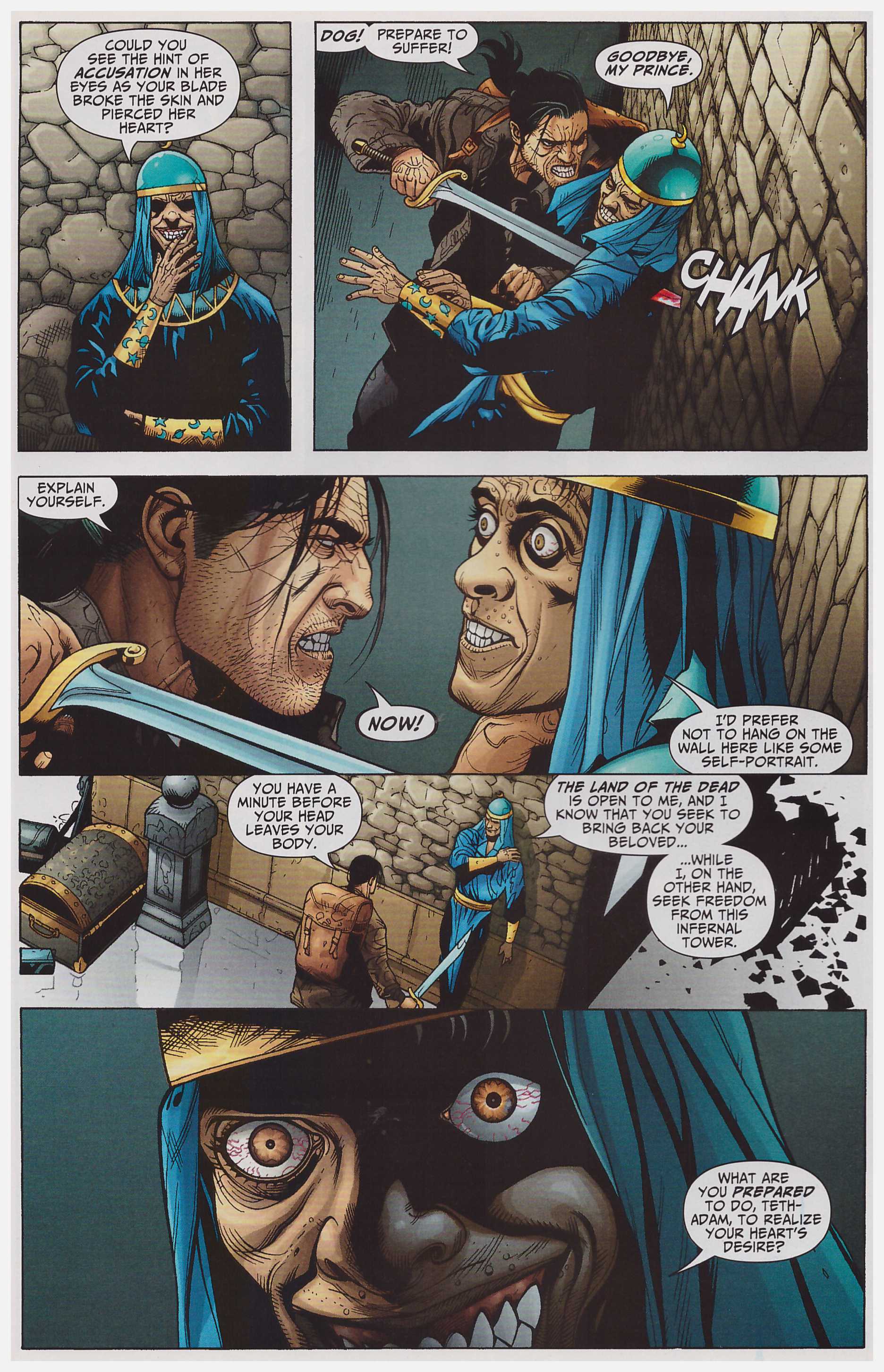 Black Adam was a key character in 52, and then World War III. His progression in those books, taking in a year of his life, was immense, incorporating bliss, tragedy and a terrible vengeance, while the conclusion left him defeated in a clever fashion. The Gods who empowered him wouldn’t remove those powers, but they permitted a change to the key word he needs to say to access them.

As The Dark Age opens Adam, now reduced to his human avatar of Teth-Adam, is desperately attempting to return to his former kingdom of Kahndaq. As he’s a globally wanted man, with a significant price on his head, and unable to access his former power, this is no easy procedure. Adam, though, even as an ordinary human, is a capable and resilient man, and the resources of the DC Universe are many. Perhaps he will be able to resurrect his dead wife Isis.

The limitation of not being able to access his former powers is somewhat the maguffin, as there’s not much point in having a book about Black Adam in which he’s not Black Adam, so writer Peter J. Tomasi creates an ingenious method of circumventing this restriction. As for resurrecting Isis, with all his expertise Ralph Dibny was unable to bring his wife back to life in 52, but he left hope for Adam in the form of trapped sorcerer Felix Faust, who claims he can help.

Integral to any possible resurrection are three fragments, thus creating a quest for Adam that brings him into contact with several former friends. These scenes are better than the sub-plot of attempts on his life, which never really convey the threat they’re supposed to. Tomasi otherwise maintains the suspense and tension well, while Doug Mahnke’s art, despite a tendency toward the occasional mad-eyed staring individual, prioritises suitably grand and imposing central superheroes.

There’s no clear resolution of matters by the end of the book, although one deficiency has been rectified in amusing fashion. Teth-Adam’s journey continues in the Justice Society of America volume Black Adam and Isis.