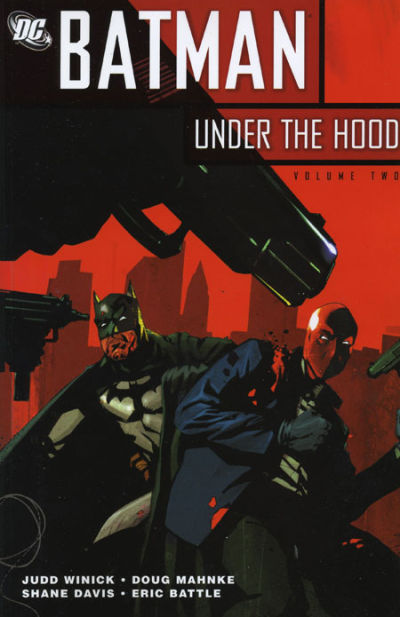 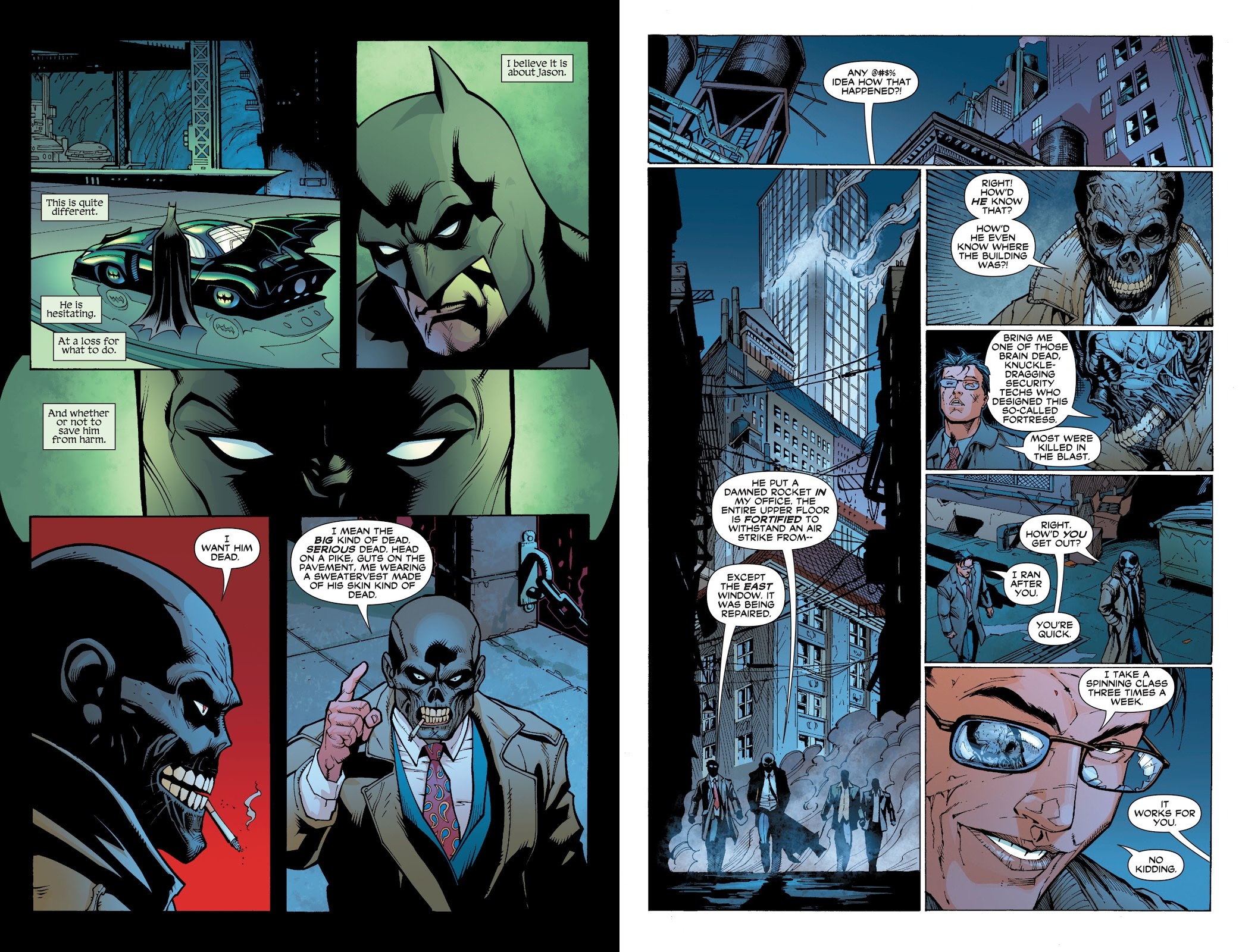 In all the years since the 1980s it’s arguable that DC still haven’t topped the controversy generated by a decision to hold a phone-in poll to determine the end of A Death in the Family. Respondents chose to have the Joker kill the Jason Todd version of Robin. It was horrific and seemed definitive, yet in volume one the extremely capable Red Hood was revealed to be Jason, scything through Gotham’s criminals without mercy, and strategically targeting Batman.

Judd Winick opens the conclusion to Under the Hood with Batman attempting to figure how it is that Jason is still alive. Almost as frustrating to him is how the master detective is always one step behind the former pupil. Winick alternates the pages of his first chapter with ones looking back to the Batman and Robin partnership of the past, leading very naturally to a conclusion where Batman realises Jason isn’t going to be tamed and his methods are always going to be about retribution rather than public safety. While a puzzled Batman is definitely out of character, intriguingly so, Winick applies some lovely touches to the rest of the cast. A sympathetic and understanding Alfred is used as a narrative voice, while an initially arrogant criminal overlord Black Mask is gradually devolved to a bundle of frustration. Best of all is the Red Hood, capable, composed and on a mission. “On my goodness gracious! I’ve been bamboozled!” he exclaims when faced with a surprise attack from ridiculous super villains Captain Nazi and Hyena.

While he still draws more pages than anyone else, this isn’t as much Doug Mahnke’s book as the previous volume was. He’s still great, and although drawing slightly stiffer figures Shane Davis is excellent as well, with a case to be made for his scratchy and distressed version of the Black Mask being more evocative than Mahnke’s smoother version. It’s a large step down to Eric Battle’s pages over two chapters, which don’t have the finesse of the other artists. Battle exaggerates his cast far too much, and a grimacing Batman clinging to a roof ledge doesn’t work as intended. He’s going for a 3-D effect with figures or objects often flying out of the page directly at the reader, with Joker’s tongue a repulsive image in that format. Sadly, after so much better art, it’s Battle who brings the story to a close.

As Jason was as definitively dead as any costumed hero who’s been killed in superhero comics, Winick needs a credible revival, and what he presents is flawed. What seems a major artistic mistake early in the revival story actually isn’t, but the actual revival is vague, and the further it’s removed from the events of Infinite Crisis the less well it reads. Move past that, however, and Winick’s evolution of Jason Todd into Red Hood is pleasing, and well drawn by Davis. Winick eventually boils his plot down to one of ideology, founded on the moral question of whether it’s right to kill to prevent deaths that the prospective deceased, in this case the Joker, will inevitably cause if left alive. The ending was intended as definitive, and it’s good, compromising Batman’s core values, but one diminished by what’s happened since, Winick doing his job well having inevitable consequences. Despite the flaws, this remains a tense and well driven conclusion, but the story’s better read as a single collection. DC issued that as Under the Red Hood, to match the title of the animated film resulting from Winick’s story.