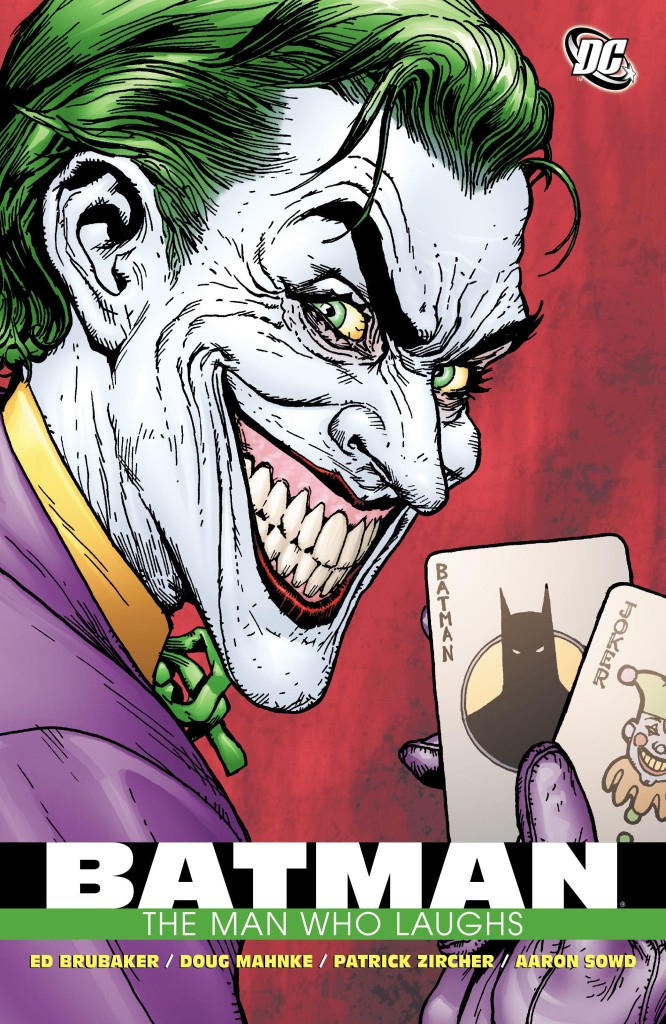 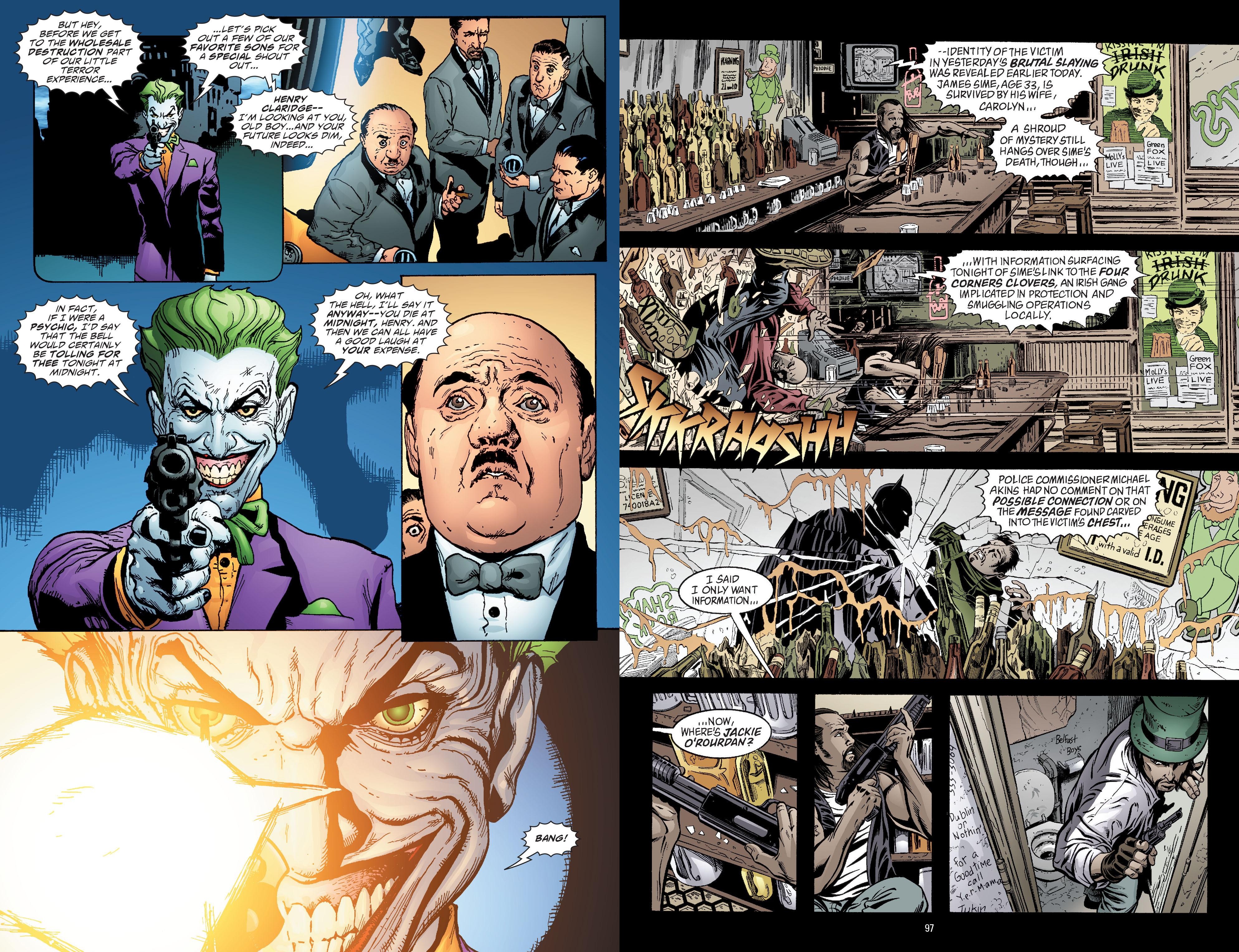 Victor Hugo’s novel The Man Who Laughs was adapted for silent cinema in 1928 starring Conrad Veidt as the tragic Gwynplaine. His image in white greasepaint is commonly cited as the visual inspiration for the Joker, first illustrated twelve years later by Bob Kane. This was effectively acknowledged when DC published Ed Brubaker and Doug Mahnke’s revised version of Batman and the Joker’s first meeting early in his career.

This revision presents the Joker as a fully formed psychopath from his first appearance, experimenting with chemicals to create the rictus grin his victims bear when dying. He’s also mastered other trademark acts such as taking over Gotham City television broadcasts, and Brubaker and Mahnke deliver his first appearance rather well, even for those who’ve previously read several variations on the scene. Also familiar but well handled is the Joker’s threat that he’ll kill a named businessman at midnight.

Brubaker plays with themes of insanity, not least the clever touch of the Joker’s seeming obsession with Arkham Asylum, then being refurbished after decades of disuse, and which will become a second home for him when complete. This leads into a rather dry middle section emphasising the research and detection Batman carries out as he attempts to place himself in the Joker’s mind to work out his plans. It lacks the freshness intended, but is necessary to segue into a real surprise.

Overall the good of Brubaker’s story outweighs the bad, but it lacks a compelling quality. No such problems with Doug Mahke’s art. Even given the number of high profile characters he’s worked on, he’s still under-rated, never mentioned as a real great, which he is. The storytelling is first rate and imaginative, and there are dozens of breathtaking images within that.

Patrick Zircher on the accompanying story is also noteworthy. It’s more stylised, seemingly taking its cue from the earliest Batman material, which is fitting as the plot stretches back to an earlier era in Gotham. In latter day continuity at least, the city had a protector before Batman, and they’ve rarely been seen together, so a novelty value combines with a two ways of following clues to the same person. James Gordon, Sergeant in the opening tale, retired Police Commissioner in the second, provides a narrative voice that stitches Brubaker’s two stories together. Both are readable – your money’s not wasted here – but beyond Mahnke’s artwork there’s nothing to revisit.