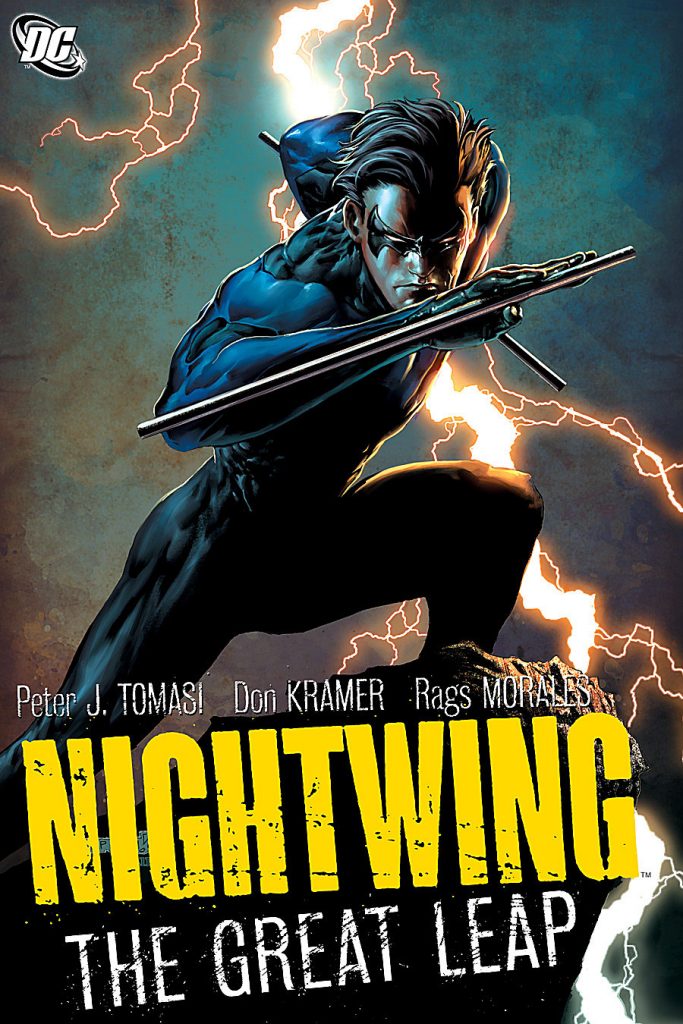 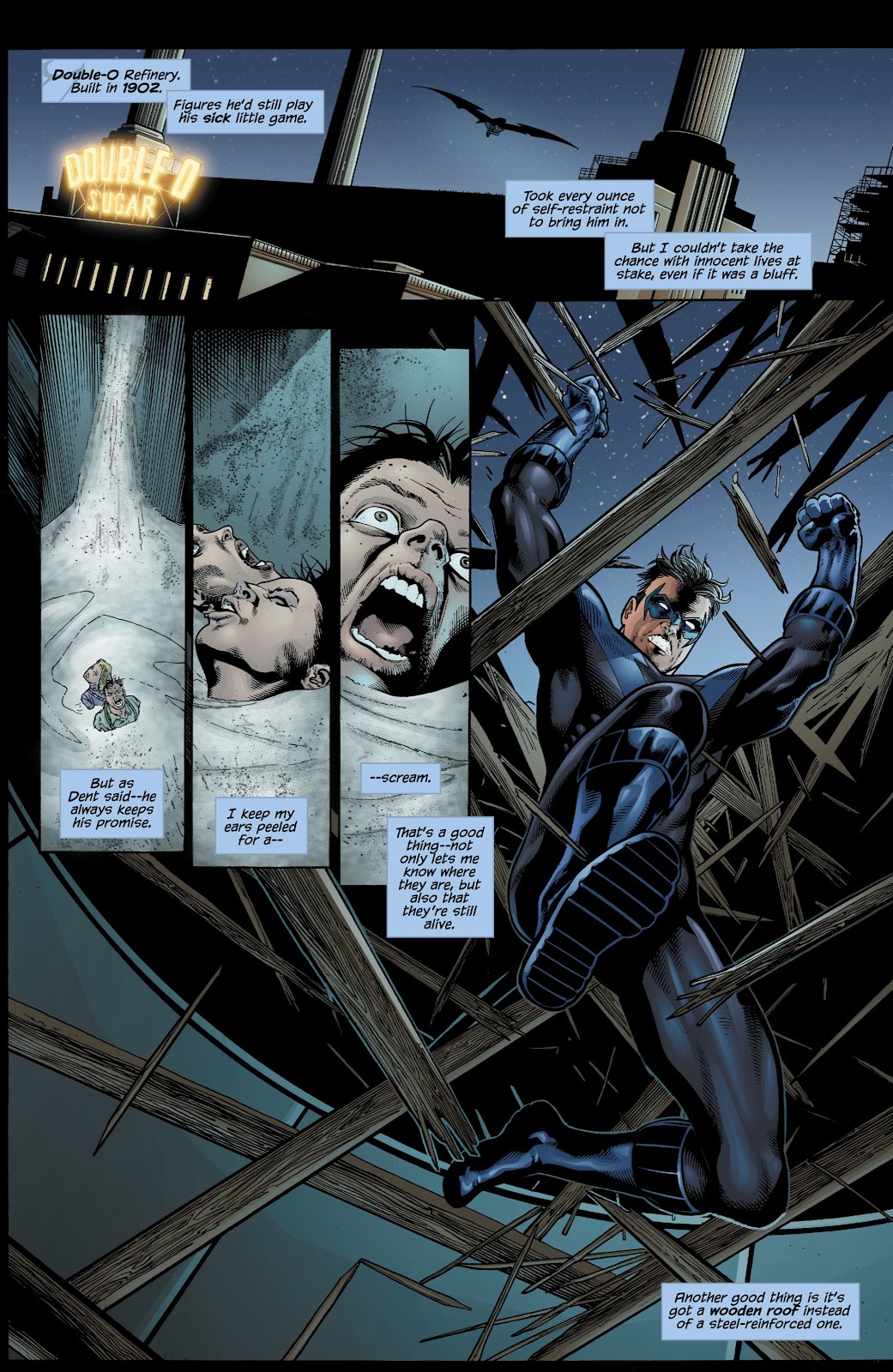 Peter J. Tomasi’s introductory Nightwing offering didn’t set the world alight. It repositioned Nightwing as a more traditional superhero in New York, emphasised a newfound love of skydiving and gave him flying technology in keeping with his name. There were no problems, but neither was Freefall a graphic novel to stand out from the crowd. The Great Leap is.

Hanging over everything is that Batman is presumed dead, events coinciding roughly with what can be found in Batman R.I.P. Others are trying to fill in, but is that really possible? The solution is what brought this series of Nightwing to a close. Before then Two-Face arrives, asking Dick to protect a former colleague of his, from the days when he was the District Attorney, not a disfigured criminal who decides everything on the toss of a coin. She’s due to testify against some powerful gangsters, and he fears the official protection will be inadequate. It’s a taut story with three main characters, or depending how you look at it, four, a fantastic twist, and a decent psychological undercurrent concerning the past between Two-Face and Nightwing. The only downside is that because it encompassed what was Nightwing’s 150th issue there’s an extended chapter when there didn’t need to be one. That’s a typically grandiose super villain revenge plot, okay for what it is, but it feels grafted in from another story.

It could also be said that a hallucinogenic sequence may have more to do with the fun Don Kramer has drawing all Batman’s villains than being absolutely necessary, but, hell, he does it so well. That applies equally to a later cameo for the 1966 TV Batmobile. There’s assured superhero art throughout from Kramer, and Doug Mahnke’s Two-Face is even more gruesome. Rags Morales only provides the single chapter this time, as usual, very effective.

Once Two-Face is dealt with, Nightwing moves to mopping up some unfinished business regarding Batman’s death. An encounter with another old enemy and eighteen pages of reflection on what forged Batman aren’t as enticing as the title story, but they’re also readable, suggesting that had events taken a different turn Tomasi would have made quite the mark on Nightwing. 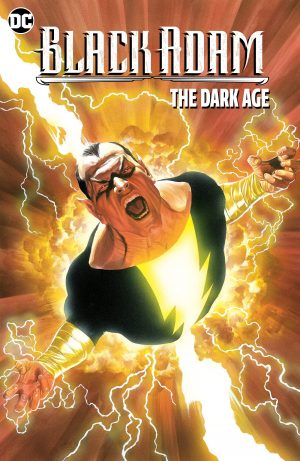