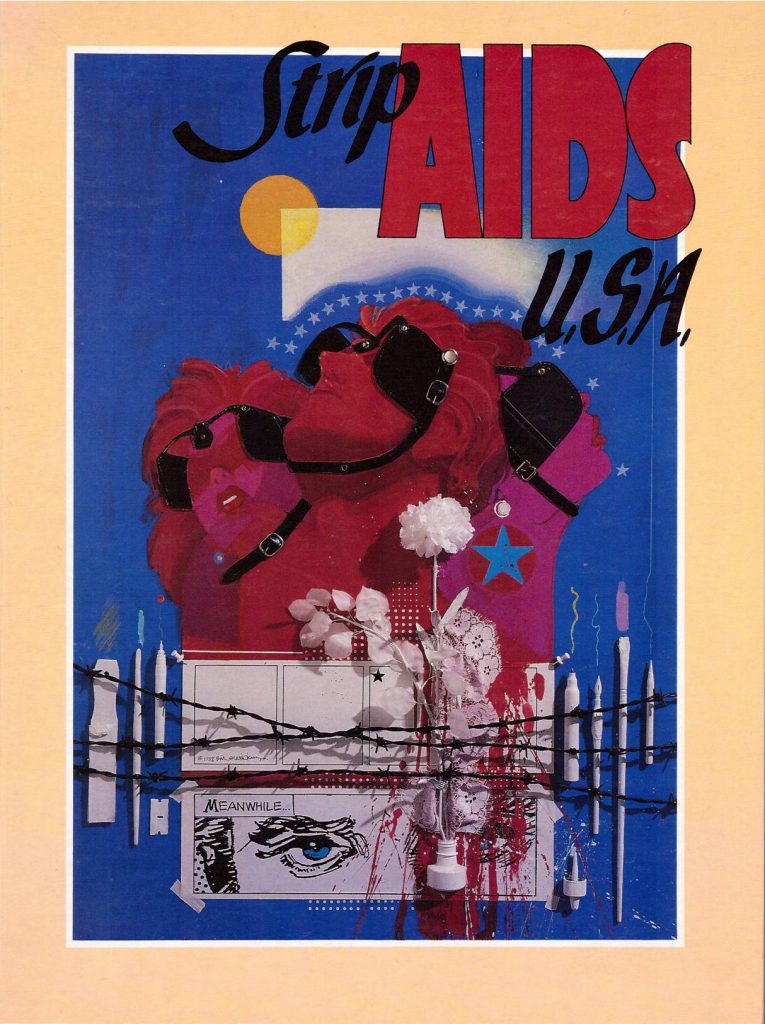 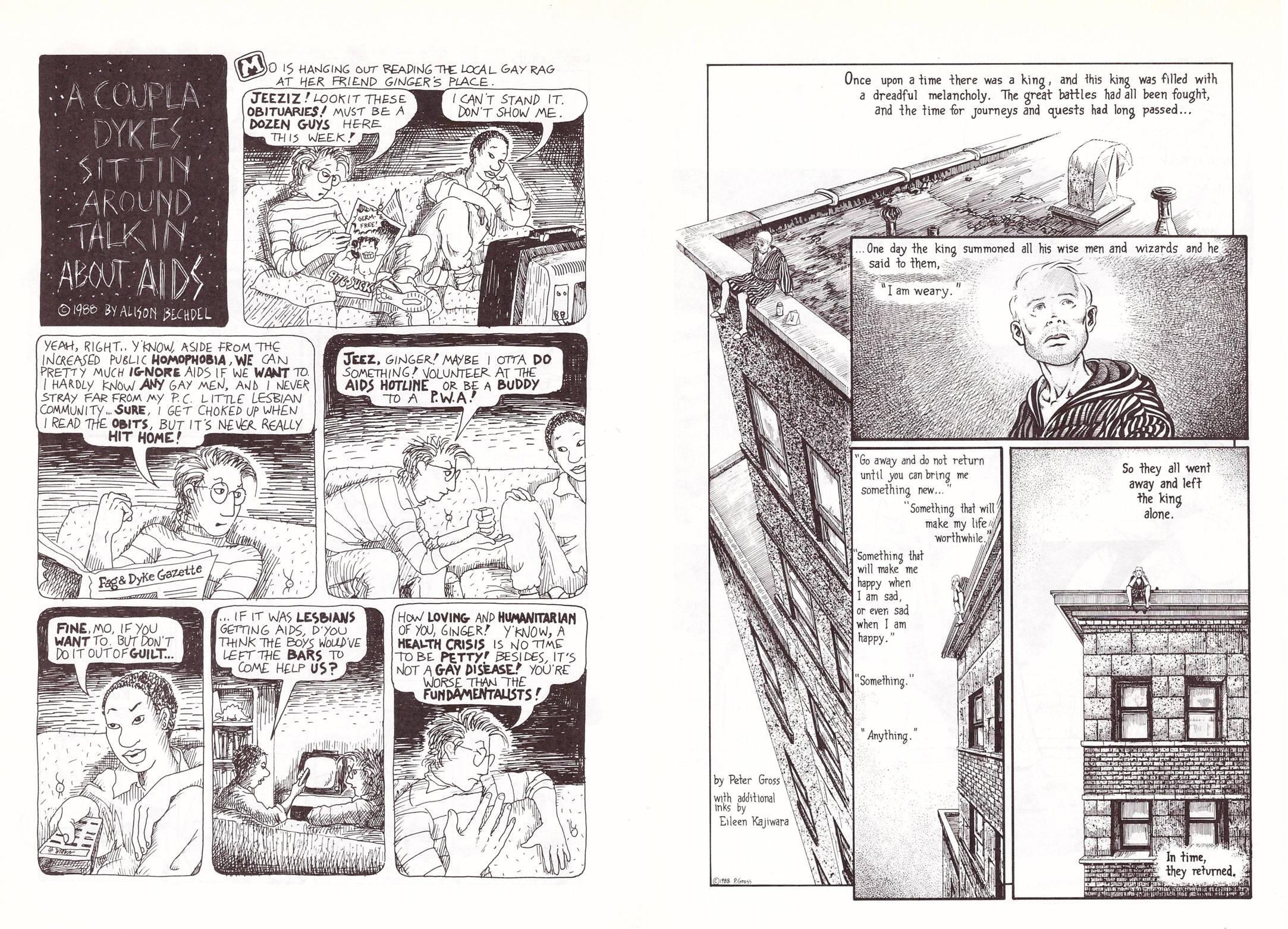 AIDS remains a frightening disease, but while not to be taken lightly, at least the prognosis is no longer a rapid death sentence. That’s the way it was in the mid-1980s, when not only was the thought of AIDS utterly terrifying, but this was compounded by widespread public ignorance, prejudice and in some cases persecution. That prevailing mood led the editorial team of Trina Robbins, Bill Sienkiewicz and Robert Triptow to follow the lead of Don Melia and Lionel Gracey-Whitman’s UK magazine fundraiser, this edition a squarebound book.

Contributors combine for a broad church of the comic arts. People best known for superhero comics mix with newspaper strip cartoonists, underground creators and what seem to be a few well intentioned amateurs. They’re all caught up in the urgency of the times, which manifests all over these short strips. Almost every one is by a creator appalled at general public ignorance in believing the condition is confined to the gay community and that condoms are still a matter of choice, as if nothing has changed. A particular scorn is reserved for those claiming AIDS is God’s punishment for an unacceptable lifestyle. The collective fury at the lack of understanding is palpable, but the well-intentioned repetition makes for dry reading now, with too many pages repeating the same information with little variation of incredulous tone.

It must not be forgotten that this was needed comment in times of ignorance, but it’s the strips that aren’t as obvious that now read with greater fluency. William Messner-Loebs makes his point with his 18th century frontiersman character Wolverine MacAlistaire commenting on man’s inhumanity to man in a remote community petrified by an outbreak of consumption, then a fatal disease. Steve Leialoha begins a skit adapting Edgar Allen Poe’s ‘The Masque of the Red Death’, but cuts the idea off after two pages, while Reed Waller and Kate Worley’s page supplies information about how the retrovirus was discovered. Finding a different wrinkle is also effective. Sharon Rudhal’s concerns about her son’s early 1980s blood transfusion remain poignant, and the writing team of Cindy Goff and Rafael Nieves combine with Seitu Hayden’s art for an African perspective. On the more bizarre side, just the thought of S. Clay Wilson contributing at all is strange, M.K. Brown’s strip of Ronald Reagan talking to his horse is nutty, and Joe Matt’s point in the potentially offensive ‘A Moron’s Guide to Avoiding AIDS’ is best known to him.

The sample art reflects the general tone, Alison Bechdel and Peter Gross taking individual approaches to topics well covered in other strips. A Will Eisner Spirit illustration graces the back cover, and other creators with a high reputation whose work features include Sergio Aragonés, Amanda Conner, Geof Darrow, Bill Griffith, Gilbert and Jaime Hernandez, Frank Miller, Moebius, Harvey Pekar, Spain Rodrigues, Tim Sale, Jill Thompson, Carol Tyler and Kent Williams. None of their contributions is likely to have been collected elsewhere.

If you do pick up a copy now, perhaps you’d also consider a charitable donation, as Strip AIDS served an admirable purpose in 1988. 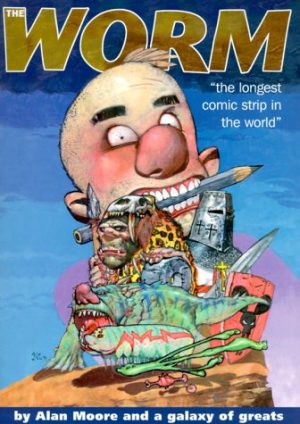