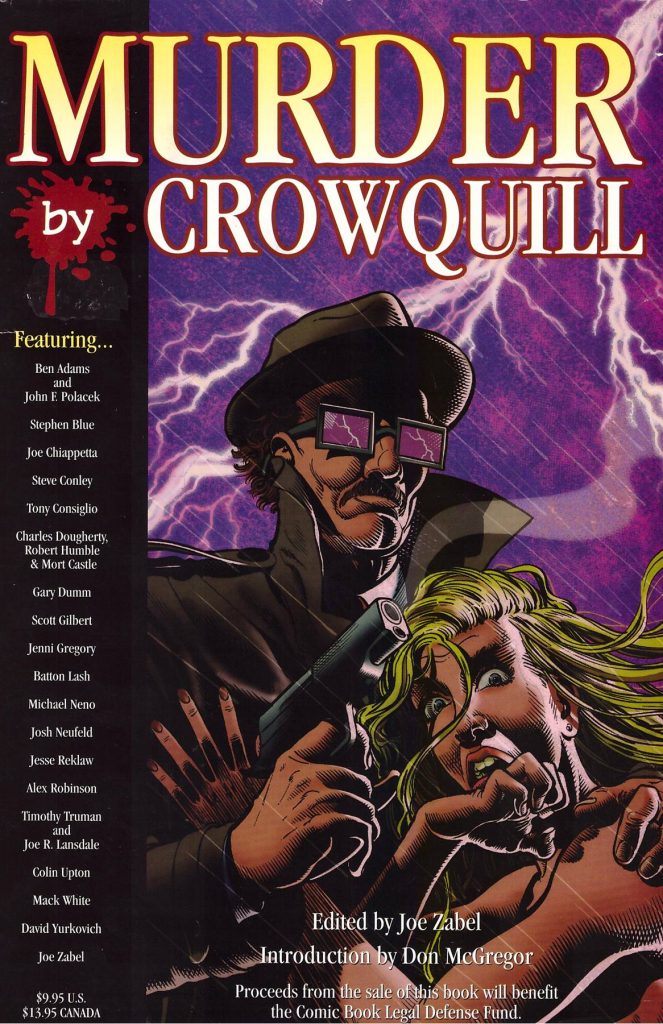 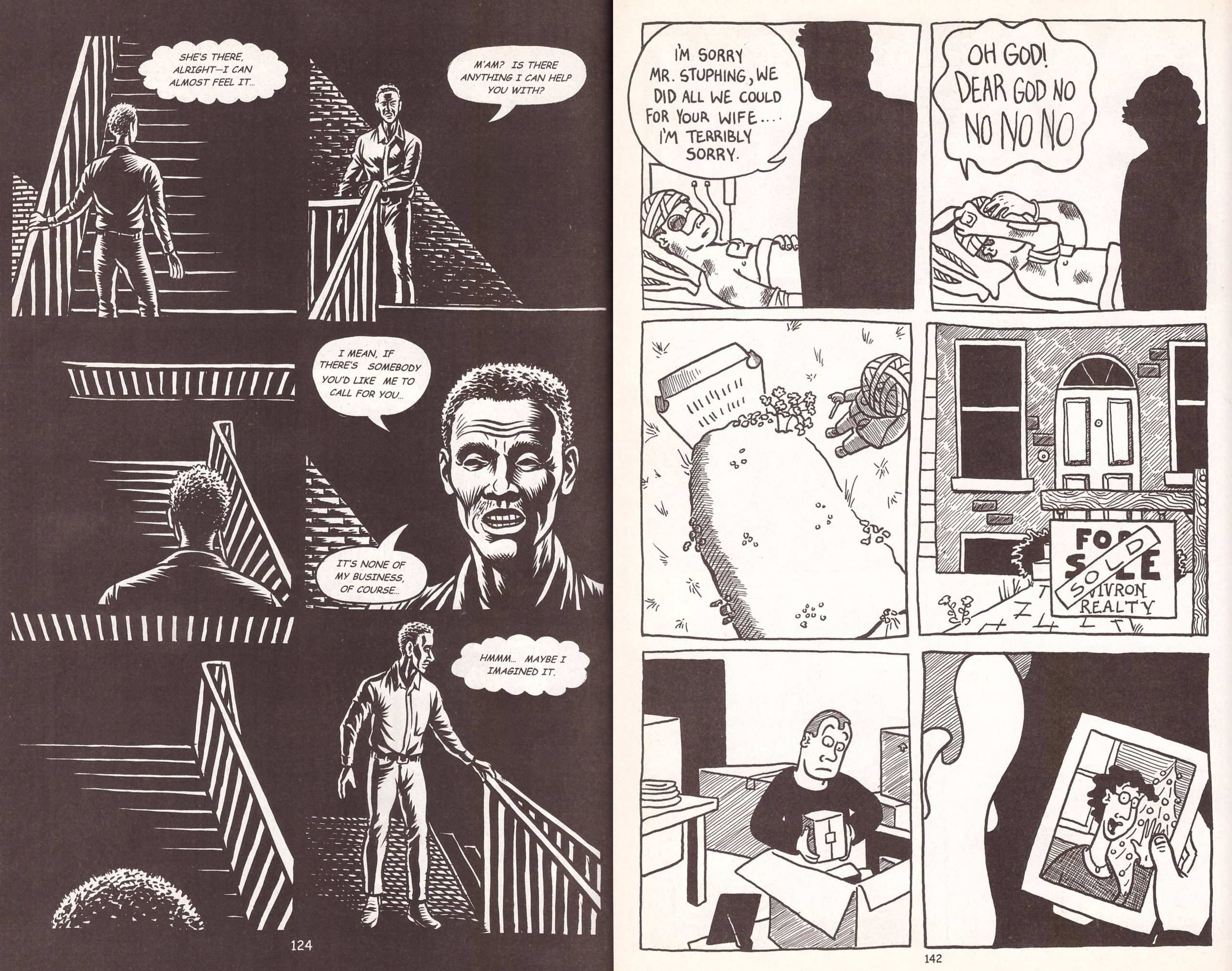 Joe Zabel’s Amazing Montage Press was primarily used to publish the Trespassers mysteries he produced with Gary Dumm – never collected, but worth looking for by crime and mystery fans – with Murder by Crowquill a 1999 fundraiser for the Comic Book Legal Defense Fund.

It’s clarified in Don McGregor’s introduction that many strips that follow are by creators who’ve generally not explored the crime and mystery genre, which comes with pluses and minuses. The latter are the stumbling first steps, and clues too obvious, but others circumvent that well, such as Jenni Gregory having an investigator look into a thirty year old murder. Colin Upton’s usual work is introspective, but his meeting between a slasher movie fan and a serial killer is miles away from that, and very funny.

Some creators have a ready made cast. With Batton Lash already creating the mystery Supernatural Law series, using the lead characters of Wolff and Byrd makes sense in a tale of skullduggery loaded with literary references. David Yurkovich discovers the mood of his work is ideally suited to a switch of genre that should appeal to Umbrella Academy fans. Others borrow familiar faces, such as Jesse Reklaw spotlighting four teenagers, their dog Doobie and a van, while Alex Robinson features a very old detective in a wheelchair claiming they’re Sherlock Holmes. It’s a neat idea that needs improved pacing. The strangest strip is Mack White’s by some distance, wrapping a psychiatric condition into a conspiracy theory, rambling into wild territory.

There’s no reason why it should be the case, but it’s the period pieces that prove the weakest, either rambling or predictable, and most with a supernatural intrusion. Joe Chiappetta’s contribution ticks the mystery box, but pondering the mystery of faith hardly conforms to the spirit of the collection, while Robert Humble’s ‘Food Chain’ just seems to be a strip he had lying around.

Clocking in at twenty pages, Zabel’s is the longest contribution, an effective mood piece about events on a stairwell with a nicely ambiguous ending, and clever use of contrasting black and white art. Also seen on the sample spread is Tony Consiglio’s dark nightmare, where a car crash is only the start. Only Scott A. Gilbert’s contribution is an adaptation, a slab of foreboding noir taken from a Sigman Byrd story. Gilbert sets a tense atmosphere where anything might happen, and includes efficient small touches feeding into that, like the music and noting the bar where the story takes place had recently been closed.

While a few strips disappoint, inevitable for any anthology, good intentions in donating work for free can be considered mitigating circumstances. Long beyond its intended purpose Murder by Crowquill remains of interest not only for providing a snapshot of the era’s notable independent comic creators, but also for a still engaging selection of mystery stories.