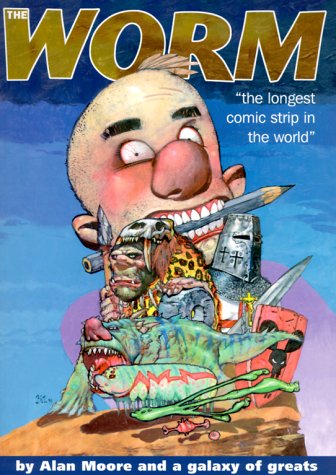 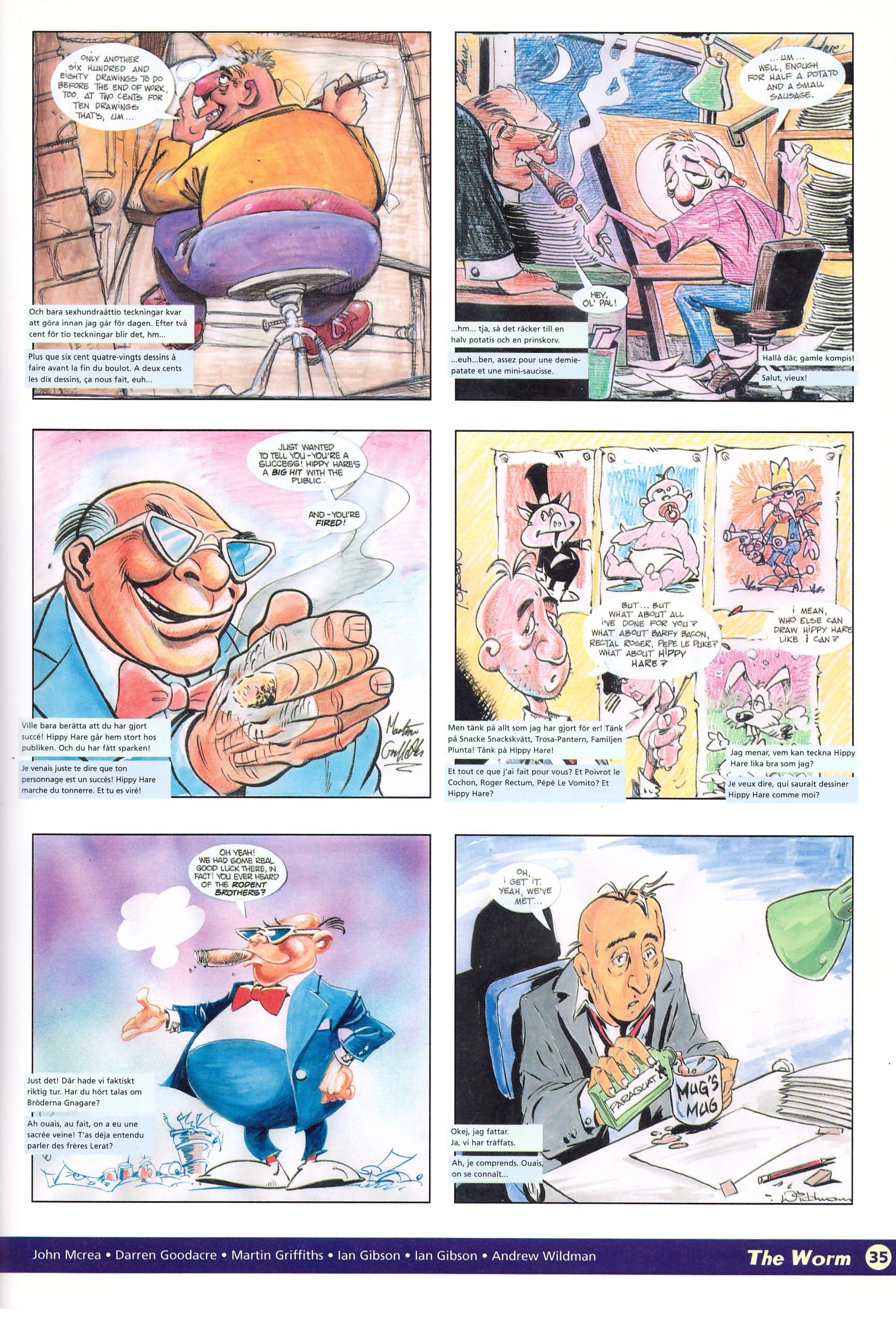 The Worm was a charity fundraiser aiming to raise much needed cash in 1991 for London’s Cartoon Centre to continue its educational and promotional brief. Creating the world’s longest ever comic strip would achieve what credibility the Guinness Book of Records could bestow, along with the promotional power of that recognition, while individual segments of the 250 foot long strip could also be auctioned to top up the funds. Even before the graphic novel publication it raised £25,000, and Cartoon Centre Course Director Steve Marchant’s intriduction relates just how useful that money was.

Alan Moore supplied the plot in just over four pages of description reproduced after the strip itself, his title astutely combining form and content. The Worm concerns the evolution of the cartoonist, and how they’ve been seen over the centuries, with structural similarities to Robert Crumb’s A Short History of America strip, in this case opting for the optimistic ending. The reproduction of his plot after the story displays Moore’s visual creativity, and vents his frustrations with the almost prehistoric conditions under which some cartoonists are to this day still employed. The plot is broken down into ten panel sequences and five chapters, for which Andrew Cartmel, Jamie Delano, Garth Ennis, Steve Moore and Hilary Robinson provided scripts, some adding their own touches.

Over 125 British comic artists and cartoonists produced The Worm over a single working day, no-one drawing more than two panels, and photographs of the work in progress accompany the text, although sadly without identifying the artists pictured. Hindsight is wonderful leveller. The contributors worked in different fields and had different interests, ranging from nationally distributed newspaper cartoonists to small press creators with individual visions. Some were relatively obscure when they participated back in 1991, Mark Buckingham for one, and have developed into global successes, while others, equally good, are only known to those with long memories.

Strangely, it took eight years for The Worm to see book publication. Essential funding was provided by European art groups, hence all text being in English, French and Swedish. It’s uplifting to see the massive goodwill the Cartoon Centre generated, but The Worm is greater of noble intention than satisfying execution, the form more important than the content. 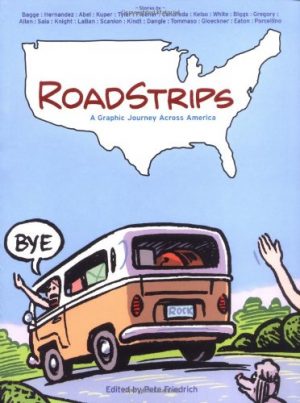 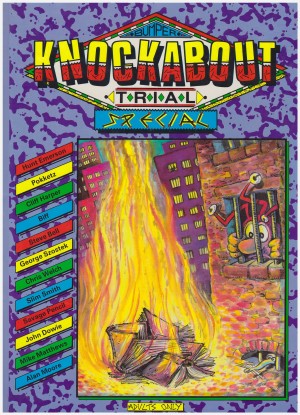