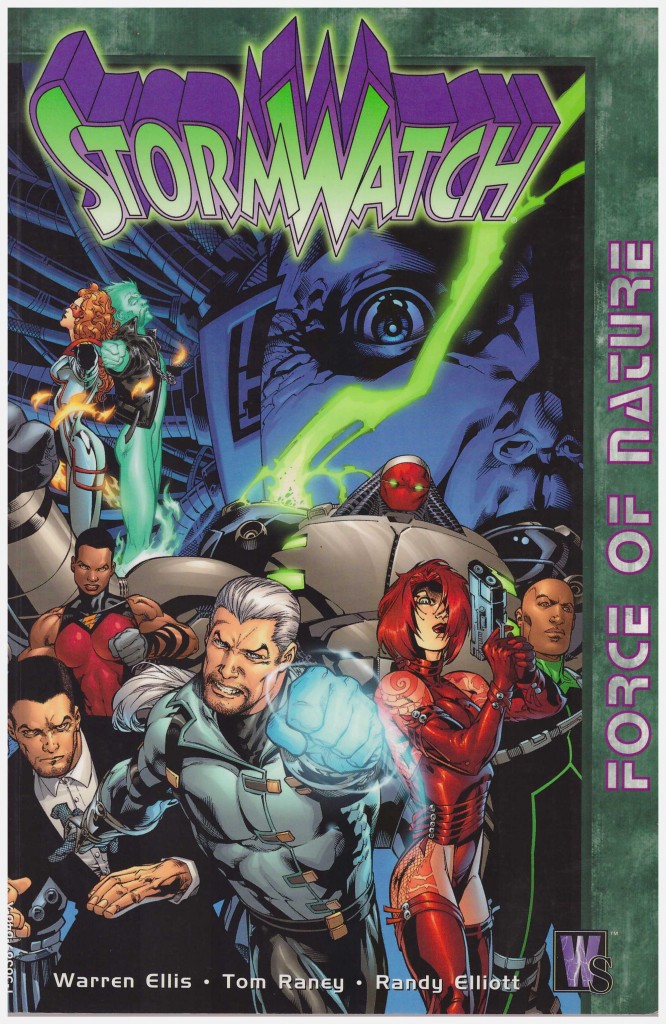 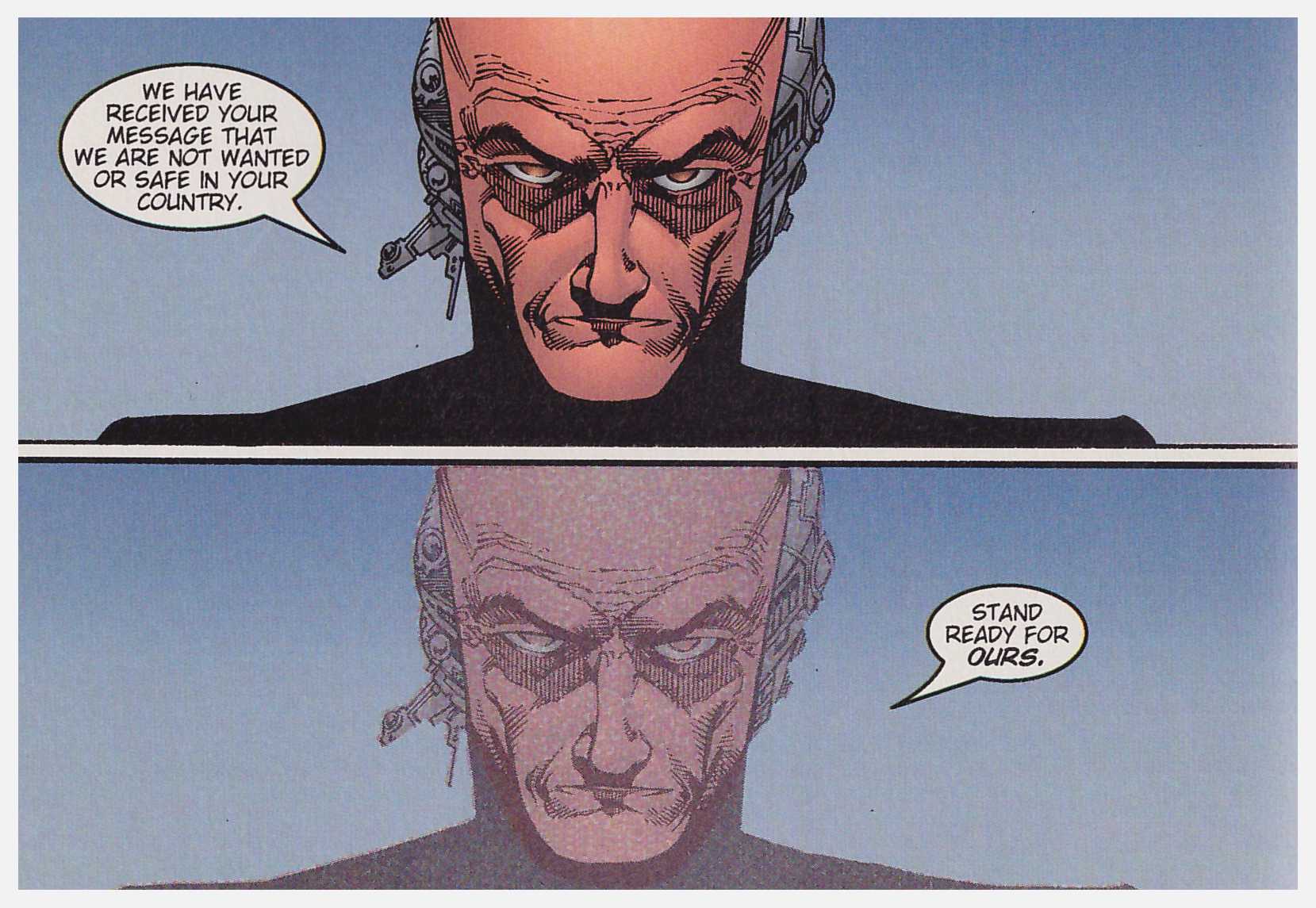 Stormwatch catches Warren Ellis as he transforms from a writer who’d thrashed around a bit on mainstream superheroes into the highly regarded and individual creator he’d become.

The focus is a global protection organisation of superheroes operating from an orbiting satellite under the control of one Henry Bendix, known as the Weatherman, perpetually aligned with information and control systems. He reports to the United Nations.

Granted an extended opening chapter, Ellis sets out his stall by clearing out what he considers detritus, establishing three categories of Stormwatch mission with a team appropriate to each, and having Bendix commit to targeting causes rather than effects. In come Jenny Sparks, Jack Hawksmoor and Rose Tattoo, while the previously introduced Swift is given a significant power boost. It all points to The Authority, which is where Stormwatch would end up. As the previous Stormwatch was hardly a gleaming jewel, anyone applying some thought was welcome, but Force of Nature is still Ellis feeling his way. He’s not yet completely divested himself of fallback techniques: gruesome content for shock value, his chain-smoking hard drinking analogue, dialogue that’s just too glib, but there’s a spirit here that was previously lacking in both Stormwatch and Ellis’ writing. His plots have some ideas behind them and he’s not beyond the occasional self-criticism.

New artist Tom Raney isn’t the finished article at this point either. His figure work is questionable, he has problems conveying movement and his layouts are odd. On the positive side anyone that committed to six consecutive chapters was welcome, and there’s a distinct improvement between the first and last. The following volume, Lightning Strikes, is a great improvement. This is also collected along with that and some of Change or Die in Stormwatch volume one.