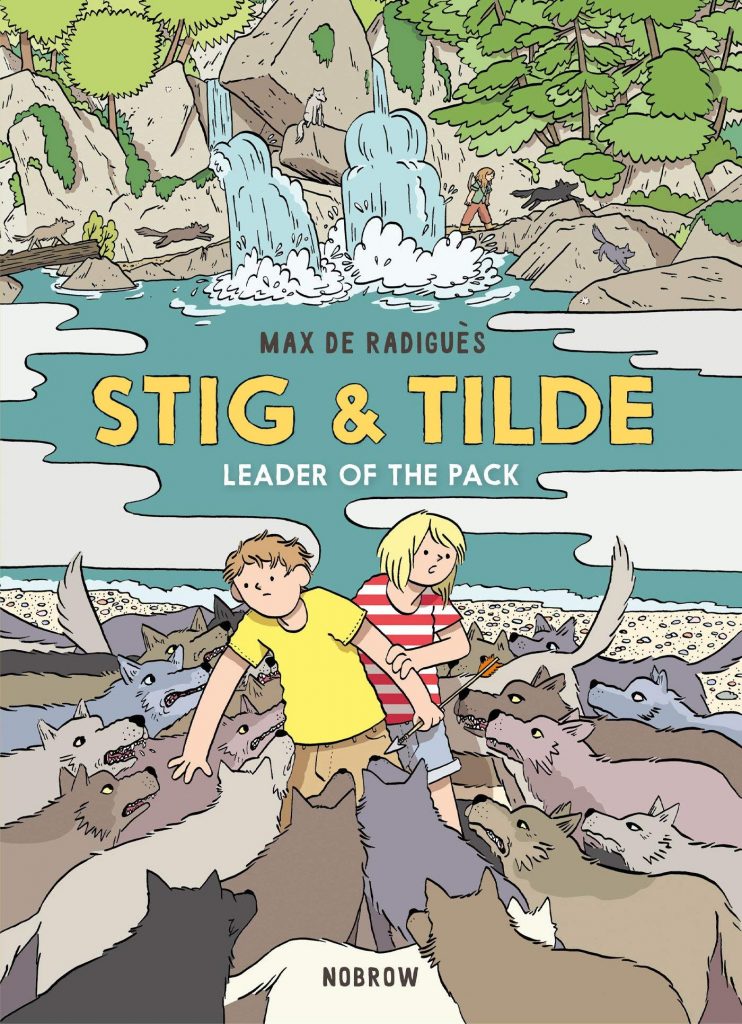 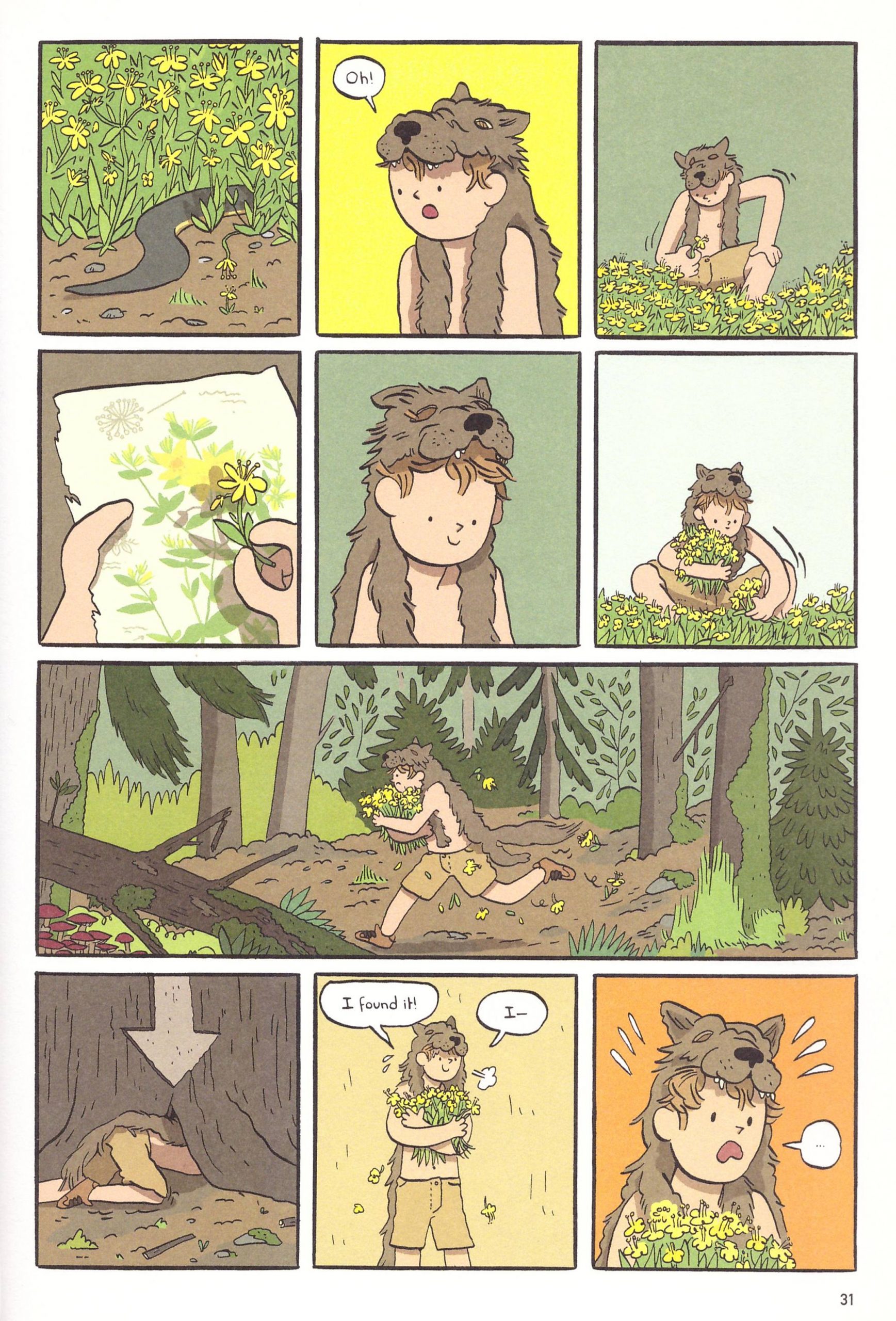 In sister and brother Stig and Tilde’s homeland there’s a cultural tradition known as the Kulku, whereby children aged fourteen undertake a coming of age ceremony where they spend a month on a specific one of many offshore islands. As seen in Vanisher’s Island, Stig and Tilde arrive at the wrong island, one that presents considerable danger. Leader of the Pack continues their fraught experience as they arrive on another island with new dangers.

Max de Radiguès continues his homage to the European adventure strips of his childhood by introducing a new threat. There may be no humans living on this island, but there’s no shortage of wolves. Balancing that, there are a few answers to the remaining mysteries of the previous volume, and the location of them provides Stig with the means to move around freely, which is just as well because a deadly situation arises.

The Stig & Tilde adventures feature slightly more adult themes than the likes of Tintin, unhealthy obsession for one, fewer comedy moments than Spirou and Fantasio, and artwork that shows the consequences of violence. However, de Radiguès keeps his young audience in mind, and there’s never anything presented likely to give them nightmares. Leader of the Pack’s dangers are all natural, and so are the solutions. His art has a beautiful simplicity, yet it’s expressive, revelling in nature, and providing the occasional creative piece of design to fire the imagination further. He eventually takes quite the surprising turn, almost tragic in fact, but it’s only adults who’ll see it that way.

It’s another fine adventure, more emotionally draining than the first, but delightful. Stig and Tilde finally catch up with the people they should have been with from the start in The Loser Squad.