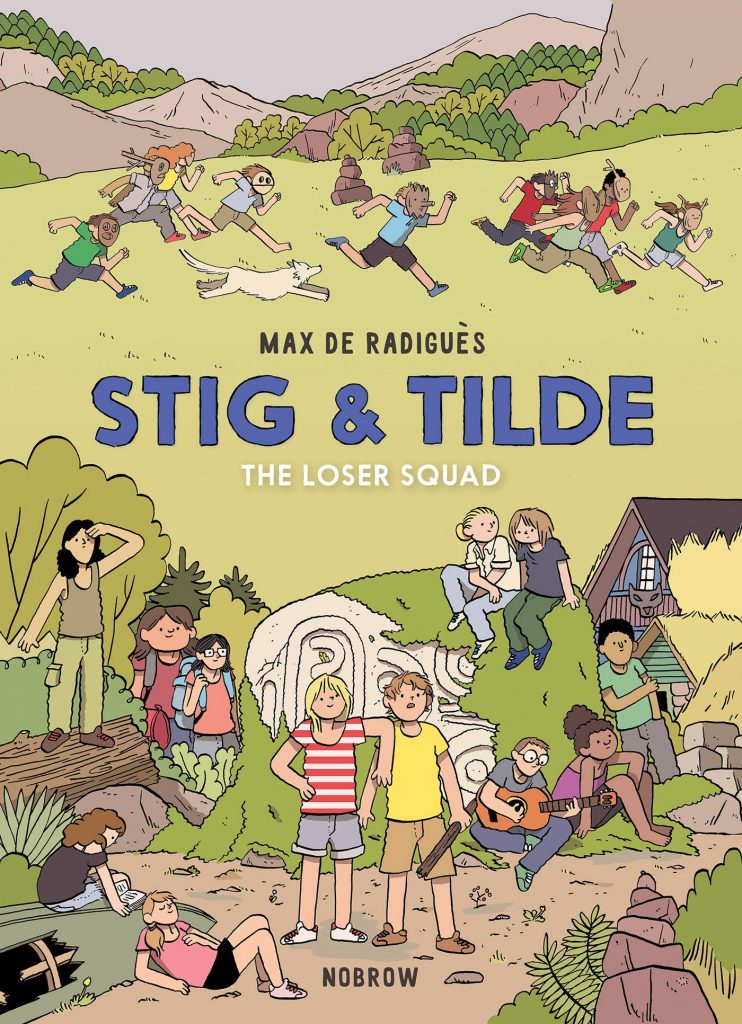 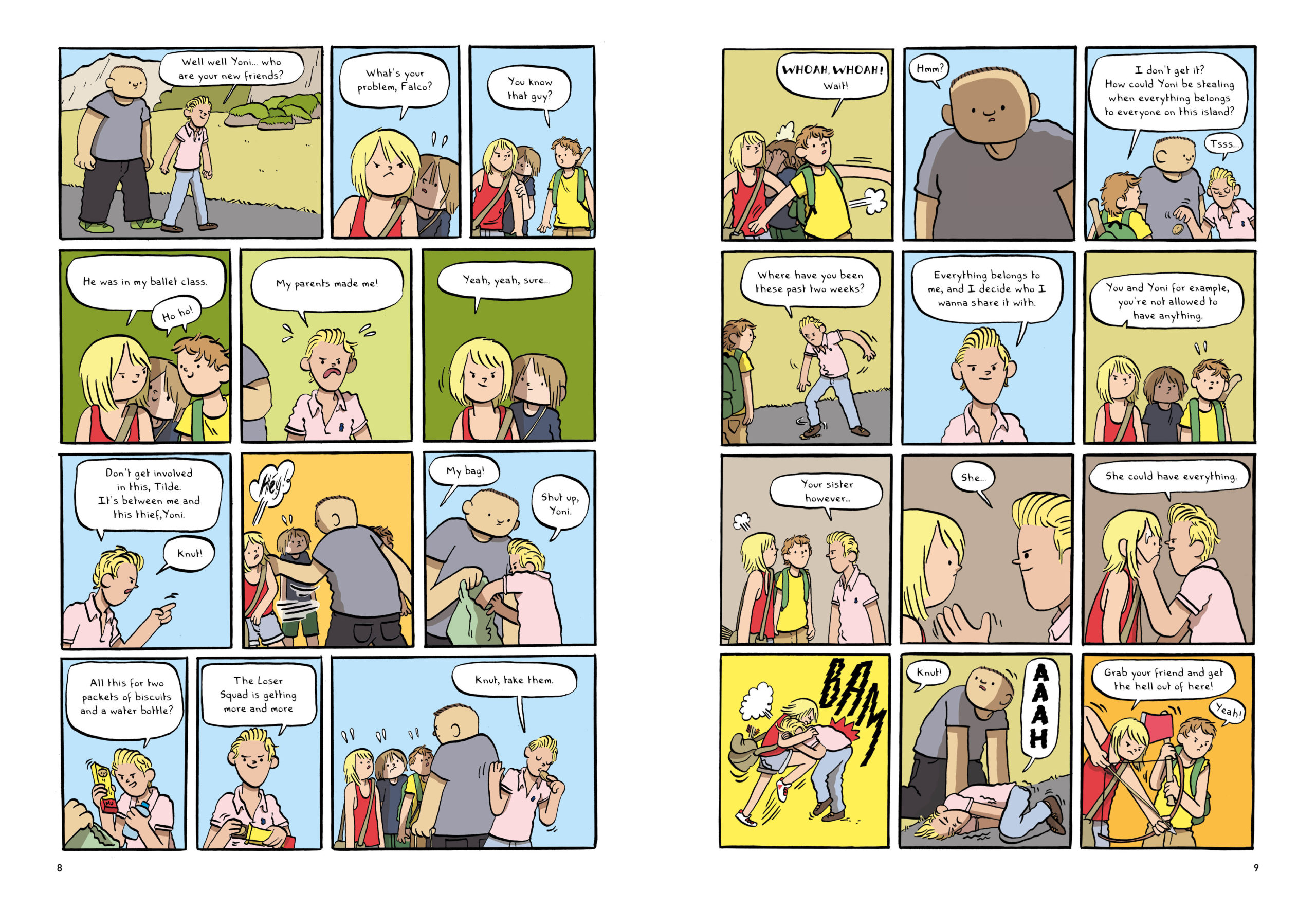 It’s third time lucky for brother and sister Stig and Tilde, who finally arrive on the island where all the other fourteen year olds are housed for a month without adult supervision, only to discover that in the two weeks it’s taken them to arrive a poor atmosphere has developed. An entitled youngster named Falco has befriended the biggest kid on the island, and they’ve set up their own kingdom, monopolising supplies, keeping some other kids captive, and running others out of camp. With the survival skills learned in Leader of the Pack Stig and Tilde are a valuable asset to the already organised smarter kids, and an early mission is to rescue Tilde’s friend Hermine.

Despite being drawn in the simple, but detailed, classic European adventure style, some of the language and themes raise Stig and Tilde from all-ages to young adult level. It never reaches the full-on terror and persecution of children in a similar situation in Lord of the Flies, but as seen on the cover, animal masks play a part and given the way Max de Radiguès sets the story up, we know some sort of conflict is inevitable. That plays out unpredictably.

While Vanisher’s Island and Leader of the Pack were both standalone adventures, they really have to have been read to make full sense of The Loser Squad, as otherwise events at the end will transmit as altogether too convenient. Feeling that way would be a shame as de Radiguès ties everything together extremely neatly while slightly expanding on what came before.

There’s an open-ended conclusion that can be seen as finishing a trilogy, while leaving the door slightly open should de Radiguès want to revisit Stig & Tilde. Two years since the publication of The Loser Squad, that hasn’t been the case.