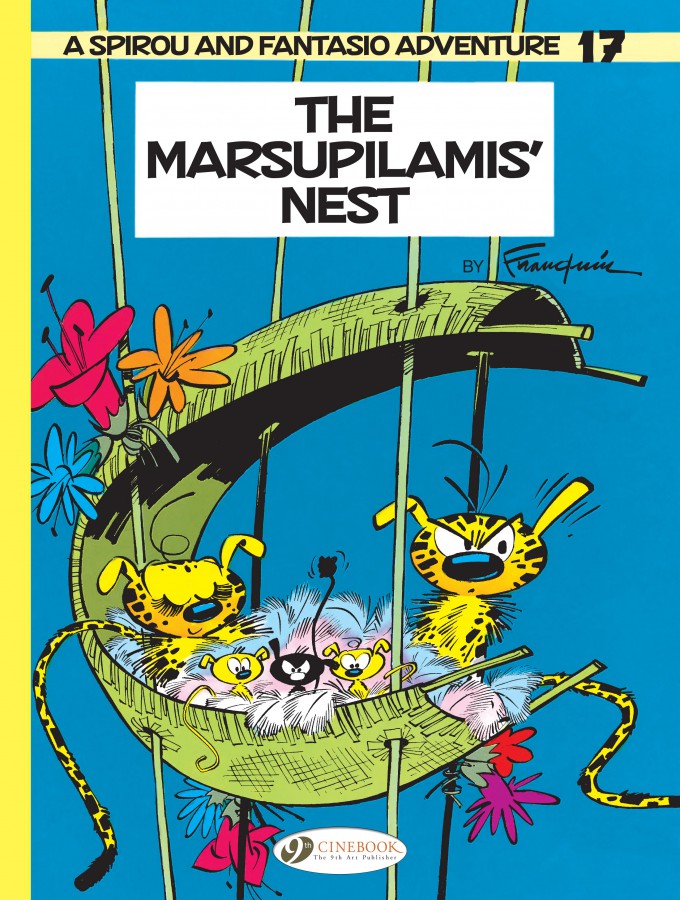 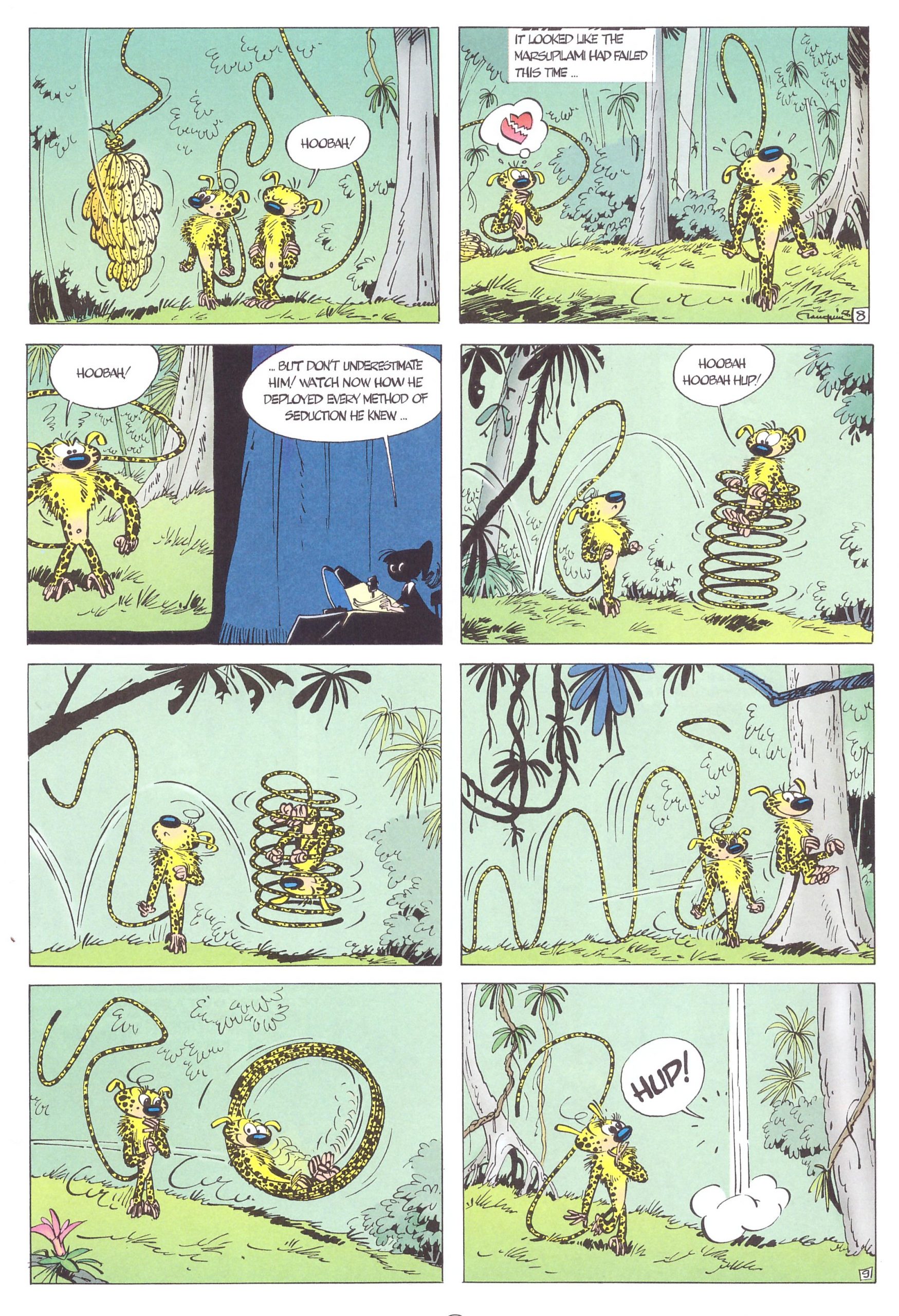 André Franquin introduced the Marsupilami in Spirou & Fantasio as an exceptionally cute nihilistic presence, and the first of two delights here has him bump the title characters from their own story. Franquin had established the creature originated in the fictitious South American nation of Palombia, and after some introductory mishaps Spirou and Fantasio settle down in the cinema to watch a nature documentary about the Marsupilami made by their journalistic rival Cellophine. Franquin fleshes out the myth of the Marsupilami and its surroundings, revealing the jungle creatures and situations to which he’d return in the 1980s for the Marsupilami series. We’re introduced to the piranhas, the perennially unfortunate jaguar, the speech and song, and the distinctive Marsupilami nest among other aspects during a series of perfectly crafted skits. They’re immaculately staged, beautifully drawn and full of life as the Marsupilami reveals its full range of talents. The French album was released in 1960, but the serialisation was in 1956, and as Franquin serialised the story of Marsupilamis expecting then raising a family it mirrored his own life and the birth of his daughter. So many wonderfully conceived charming touches are scattered throughout, one being that when a Marsupilami is born its distinctive long tail is knotted and has to be delicately unpicked by the parents.

The title story is a continually inventive delight, but has a puzzling start referring to the as yet untranslated adventure The Well-Toned Gorilla (eventual English title will surely differ) in which Spirou and Fantasio had their own jungle adventure. There might be concerns about a sexist portrayal of Cellophine as a reckless driver as per jokes of the era about women, but it’s balanced by her adventurous competence, braving the Palomombian jungle to make an absorbing film. Besides, the way Franquin draws the traffic sequences is hilarious. Also to be taken into account is that in an era when other European creators were drawing racist caricatures, the Japanese man in the back-up story is dignified.

‘The Gangster Fair’ restores Spirou and Fantasio to leading roles, and is a complete contrast to the title strip, being the sort of adventure the books usually present. Spirou and Fantasio are taught judo to protect an American millionaire being threatened by gangsters. The plot is somewhat arbitrary, and then becomes very complicated, although a treat for Spirou readers in the 1950s would have been Gomer Goof guest starring. As with all Franquin work, the purity of cartooning is to swoon over, with the fairground dazzling, and he once again uses his real life circumstances by featuring a crying baby that needs to be fed.

While all Spirou and Fantasio albums so far translated can still be read and enjoyed, some giveaways mean they’re also fixed in their era. Because the lead story here is almost all set in the exotic Palombian jungle it’s timeless. It’s also worth reiterating that in Europe Franquin is revered alongside Hergé as the pinnacle of all-ages cartooning, the subject of exhaustive hardcover appreciations of his career, and enough credit and gratitude can’t be given to Cinebook for finally making his classic era available in English. We’ve several more of his 1950s and 1960s albums to look forward to, but in French over the years The Marsupilamis’ Nest has proved his Spirou & Fantasio bestseller.