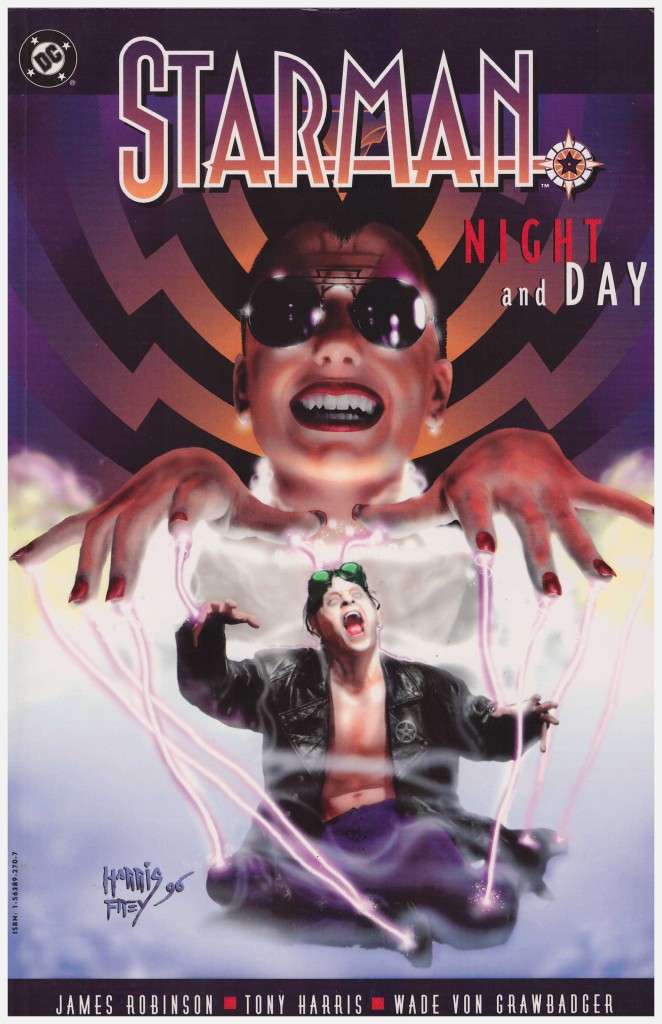 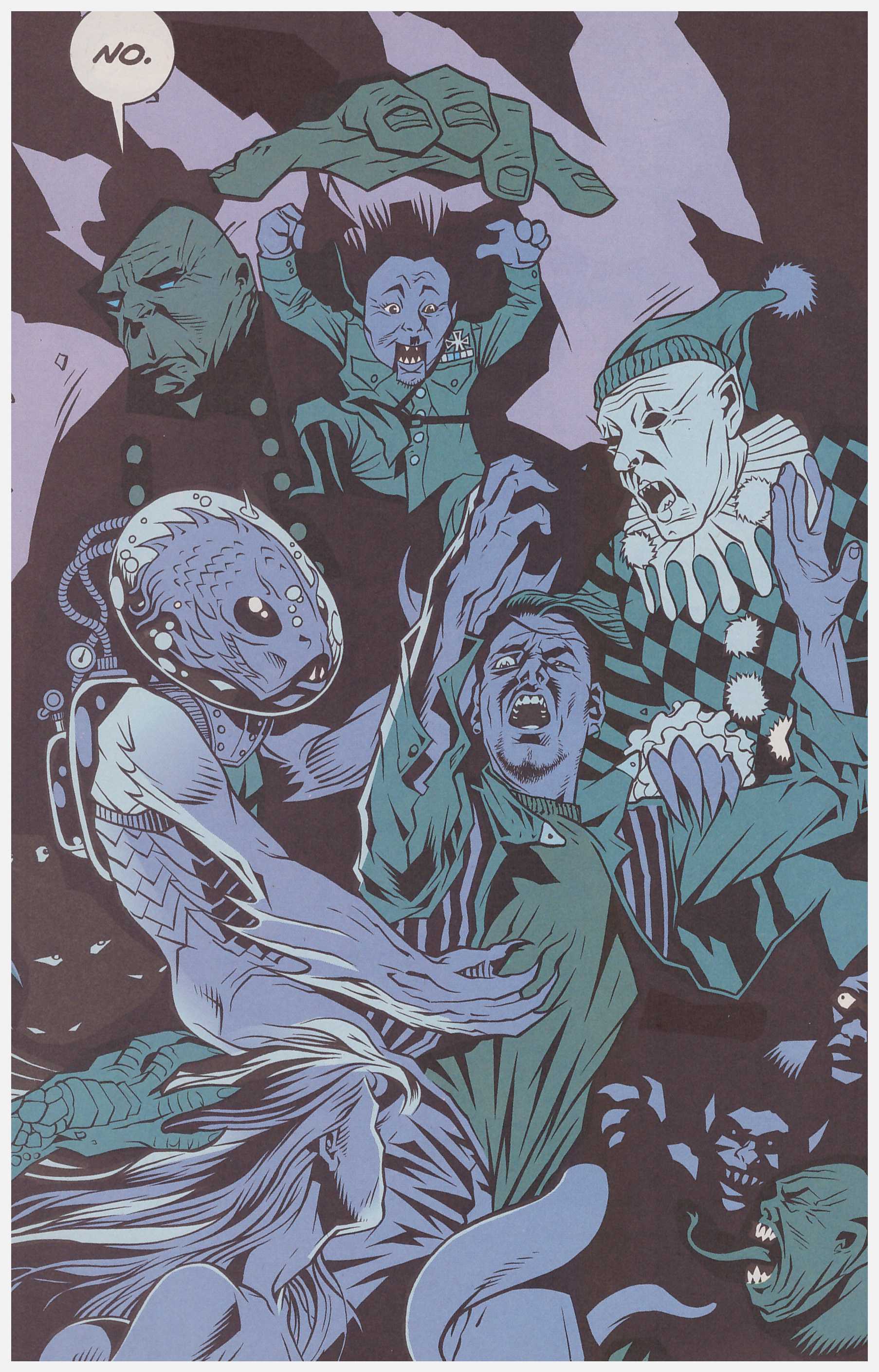 With Night and Day James Robinson is writing material with the confidence that his series is successful enough to continue, and begins to forge his own paths. Here at least, these aren’t always resoundingly successful, but have enough substance and ideas behind them to paper over the cracks, with Jack Knight’s narrative captions being a strong part of this. Robinson just rambles, imbuing much of his own fondness for cultural ephemera in Knight’s monologues, and reels you in whether or not you care for The House of Wax, the Marx Brothers or Teddy Pendergrass to pick three random examples.

Robinson’s also hauling in the flotsam and jetsam of the DC universe and refitting them for purpose. The Shade, such a successful introduction in Sins of the Father, returns, and villainous swamp monster Solomon Grundy turns up. He’ll prove an unlikely sympathetic recurring character. Also revived is the first of the assorted other characters to bear the name Starman over the years, this an alien with a form of power gem located in a circus freak show.

A narrative device that Robinson uses throughout the series begins here, with the foreshadowing of future plots via a single page depicting an unusual occurrence. People are sucked into posters, or corrupt police detective Matt O’Dare is pictured wallowing in excess.

There are pros and cons to Tony Harris’s work. His imaginative layouts, fantastic sense of design and intriguing characters far outweigh the static figure work. There’s often a posed quality from artists using picture reference, and the result is a diminished realism rather than intended effect.

The meat of this book is ‘Sins of the Child’, following up on the progress of the Mist’s daughter Nash, now jailed for her participation in the events of Sins of the Father. It’s great, and the five chapters form the highlight of the series to this point. Nash has evolved from the waif she previously was, recreating her father’s abilities as the Mist, and sets Jack a challenge. The story involves almost everyone significant in the series to date, and Robinson jumps repeatedly back to the start of the day to divulge what’s happened to the assorted cast members. Various guest artists illustrate a chapter of Nash going about her murderous business, and the chaos it causes, and this involves an unlikely, but credibly portrayed, reformation. Jack only plays a part in the opening and closing chapters, and it’s a measure of both Robinson’s storytelling skills and his faith in the cast he’s assembled.

This material is also gathered in the first Starman Omnibus, and the series continues with A Wicked Inclination.