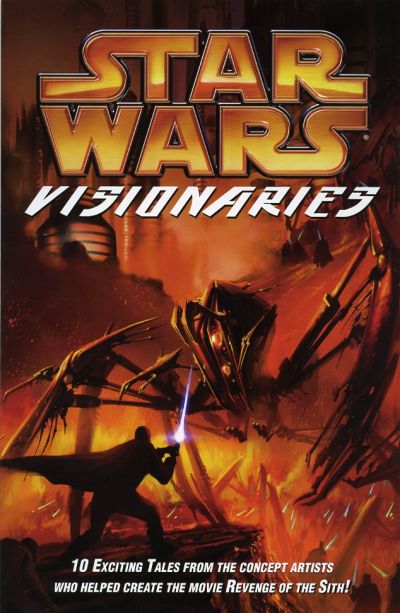 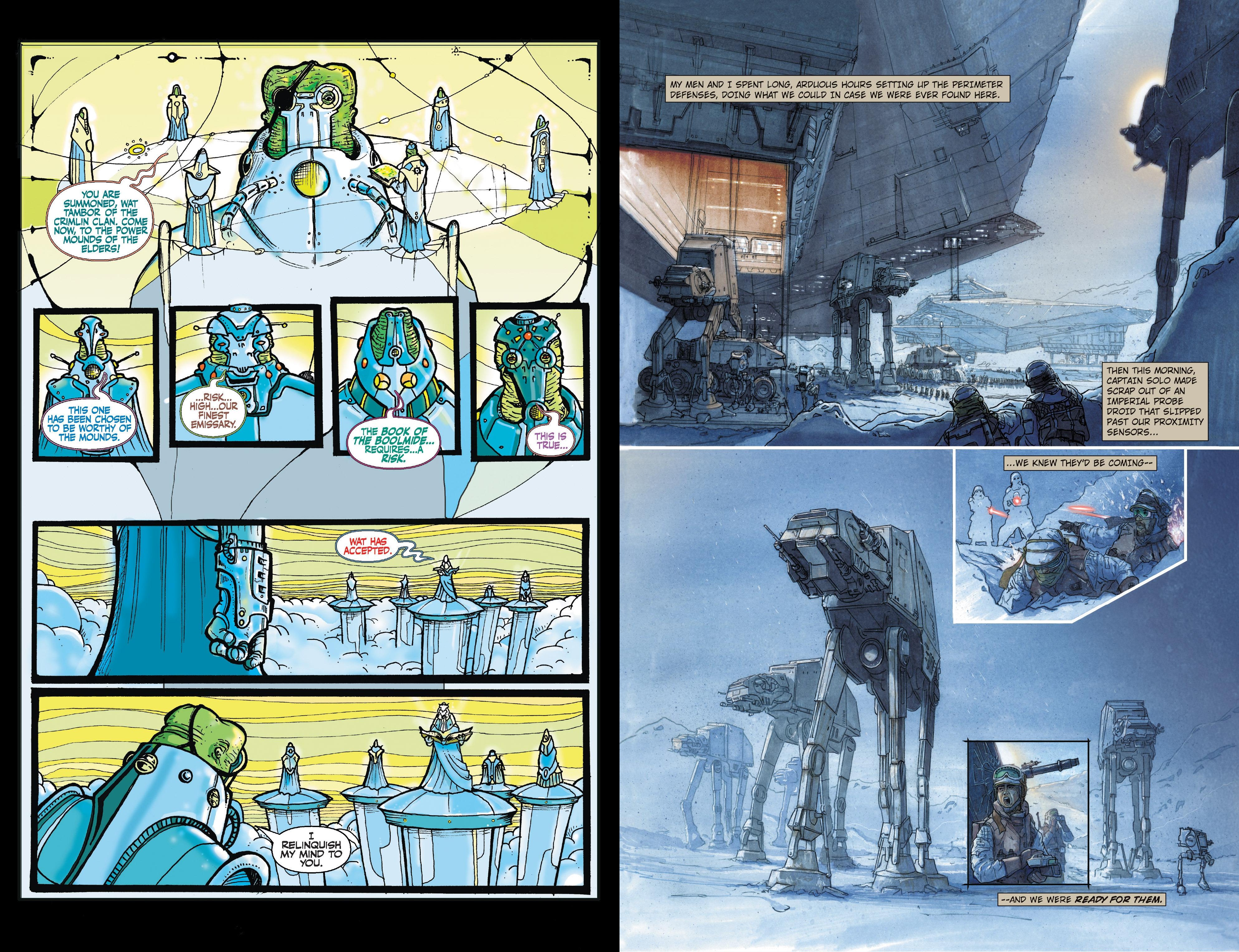 On the face of it, approaching the concept artists who worked on Star Wars: Revenge of the Sith and offering each of them a dozen pages within an anthology to tell their own story involving the Star Wars cast is a great idea. After all, if these weren’t imaginative and highly skilled artists they’d not be working on the film. The problem comes with their trade being as artists. They’re used to coming up with spectacular single images and brilliant designs, but when it comes to telling a story, most of the contributors here are lacking some necessary skills, and they’ve chosen to work alone rather than with a writer. The result is that the best content is the single pin-up images separating the stories.

The artistic contrast is illustrated by the sample art. The work on the left is from Michael Murnane, whose lumpy cartooning produces a series of astounding bright visual images that don’t pull together for a satisfying story. On the right is Alex Jaegar’s ‘Entrenched’, with the meticulous fine detail applied to the technology absolutely astounding. Jaegar is the only creator to collaborate with a writer, M. Zachary Sherman (see Executive Outcomes), and it’s one of the most successful stories, a letter home from a rebel commander.

Several other artists choose to supply selections of images in preference to a cohesive story. The airbrushed precision of Stephane Martiniére brings nothing to mind so much as prog rock album covers of the early 1970s with his crazy cosmic duel open to interpretation. It looks fantastic, but means little, so perhaps a homage to the mood of Moebius and his 1970s Heavy Metal companions. Similarly ‘Celestia Galactica’ by Ryan Church (cover artist) is a collection of stunning concept sketches from the best Star Wars trading card set never issued.

Robert E. Barnes and Warren J. Fu both offer tales of transformation, emphasising concept design, with Fu’s story presenting the origin of a known face from the movies. Neither are particularly successful as stories, both taking too long to say what’s needed, and they provide a complete contrast in style. Fu sets a sparse mood while Barnes packs his panels to the point of hurting the eyes.

Derek Thompson elects to avoid any words, but it’s not always easy to follow his train of thought, while Erik Tiemens uses very few in his poetic tale of an artist’s obsession. Plain old science fiction action, surely the mood most associated with Star Wars only provides the inspiration for two strips. Aaron McBride’s opener features an attack on Tatooine. It offers zero new content, so coming across as a nicely drawn homage. Far more satisfactory is Sang Jun Lee’s ‘Deep Forest’, which best understands the needs of a comic strip as opposed to illustrations. There’s a continuity from panel to panel often absent elsewhere, and a story complete with variety and surprises. In a normal Star Wars anthology it would just be part of the crowd, but in Visionaries it stands out.

Anyone really wanting to buy this might be better off with Star Wars Omnibus: Wild Space Volume 2, where it accompanies a wealth of other individual interpretations of the Star Wars cast.