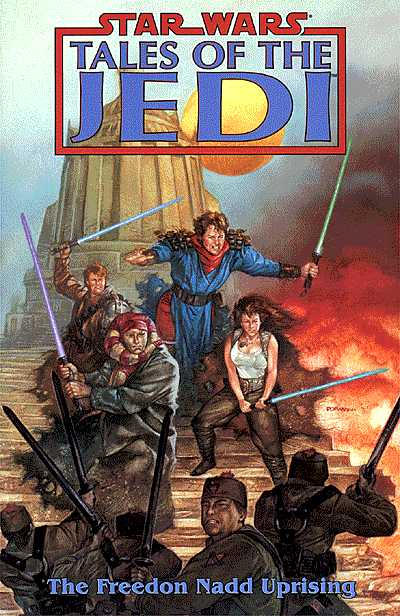 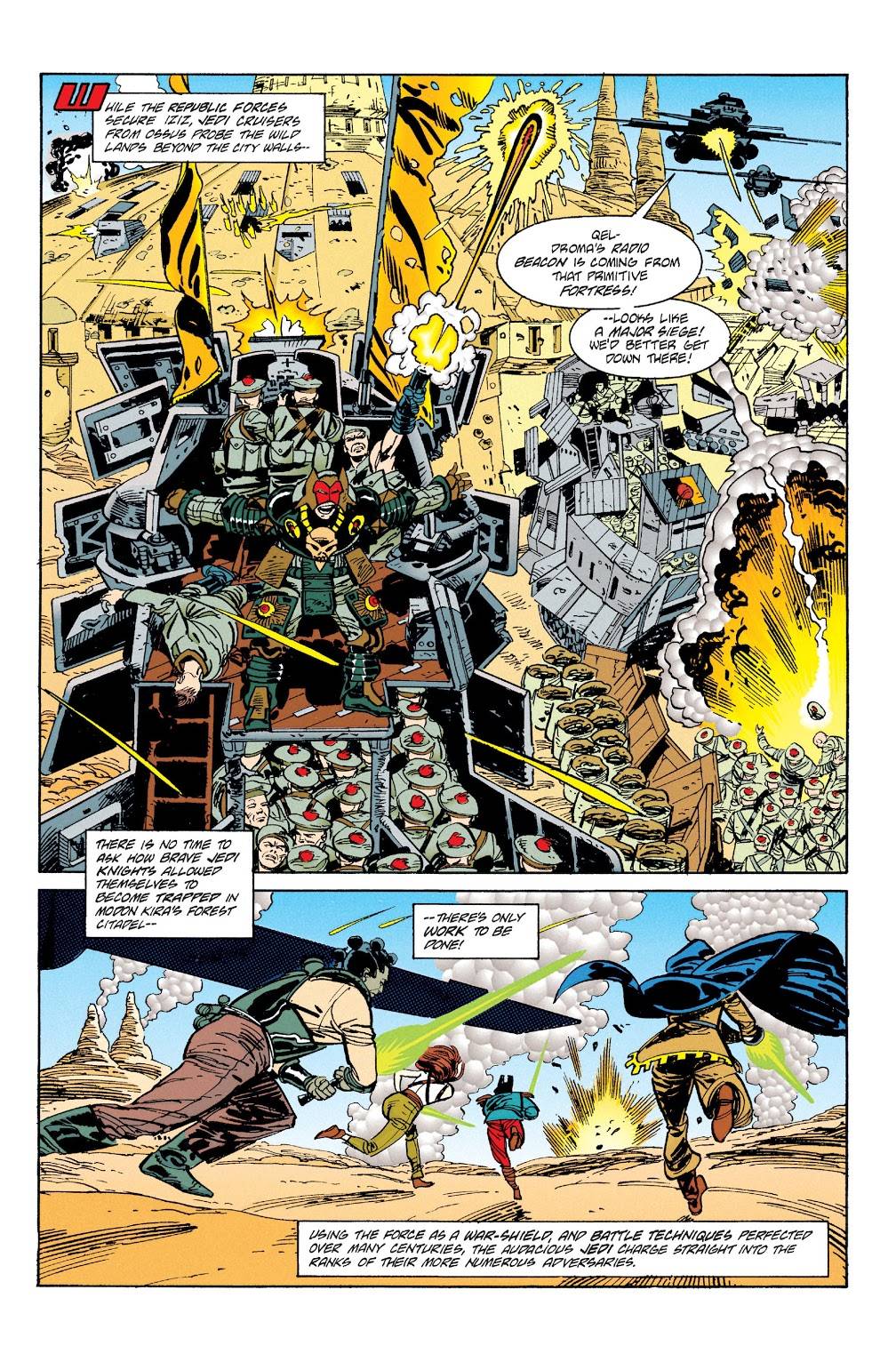 For his first mission after training, Jedi Ulic Qel-Droma was sent to the planet Onderon and charged with restoring peace. As seen in Tales of the Jedi: Knights of the Old Republic, it proved beyond him. This might have been the case for any Jedi, and Master Arca had to deal with an evil that had spanned generations from when a Jedi named Freedon Nadd had turned to the dark side. He’s still revered, and it turns out his influence extends way beyond his death.

Tom Veitch really takes the easy route with The Freedon Nadd Uprising, not bothering to extend his plot beyond vague mystical mumbo-jumbo convenience, and his approach is otherwise almost a Jack Kirby version of Star Wars. Veitch uses a shorthand form of storytelling, a few battles punctuated by interludes elsewhere, one on the planet Coruscant, and keeps introducing new Jedi and new concepts without ever explaining much. It’s as if the hope is that readers will become so absorbed in the constant rush, discarded plot points will be forgotten.

It all leaves Tony Akins having an extremely crowded variation on The Magnificent Seven to draw, as more and more Jedi heed the call for help. There are pages that have a decorative splendour and others where the battle is well transmitted, but they’re all too few, and much of the rest are just cluttered.

The Freedon Nadd Uprising is brief, and ultimately little more than set-up for future plots. Ulic has now met Nomi Sunrider, while Satal Keeto and Aleema have acquired ancient Sith dark magic, and all are seen again in Dark Lords of the Sith. Both are also found in the second Star Wars Omnibus: Tales of the Jedi.