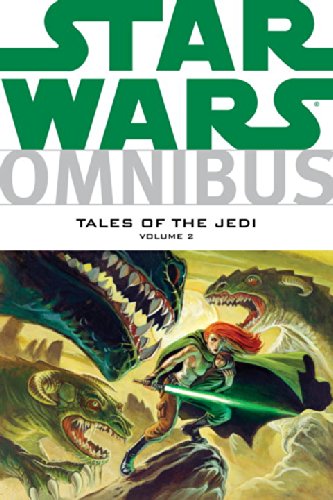 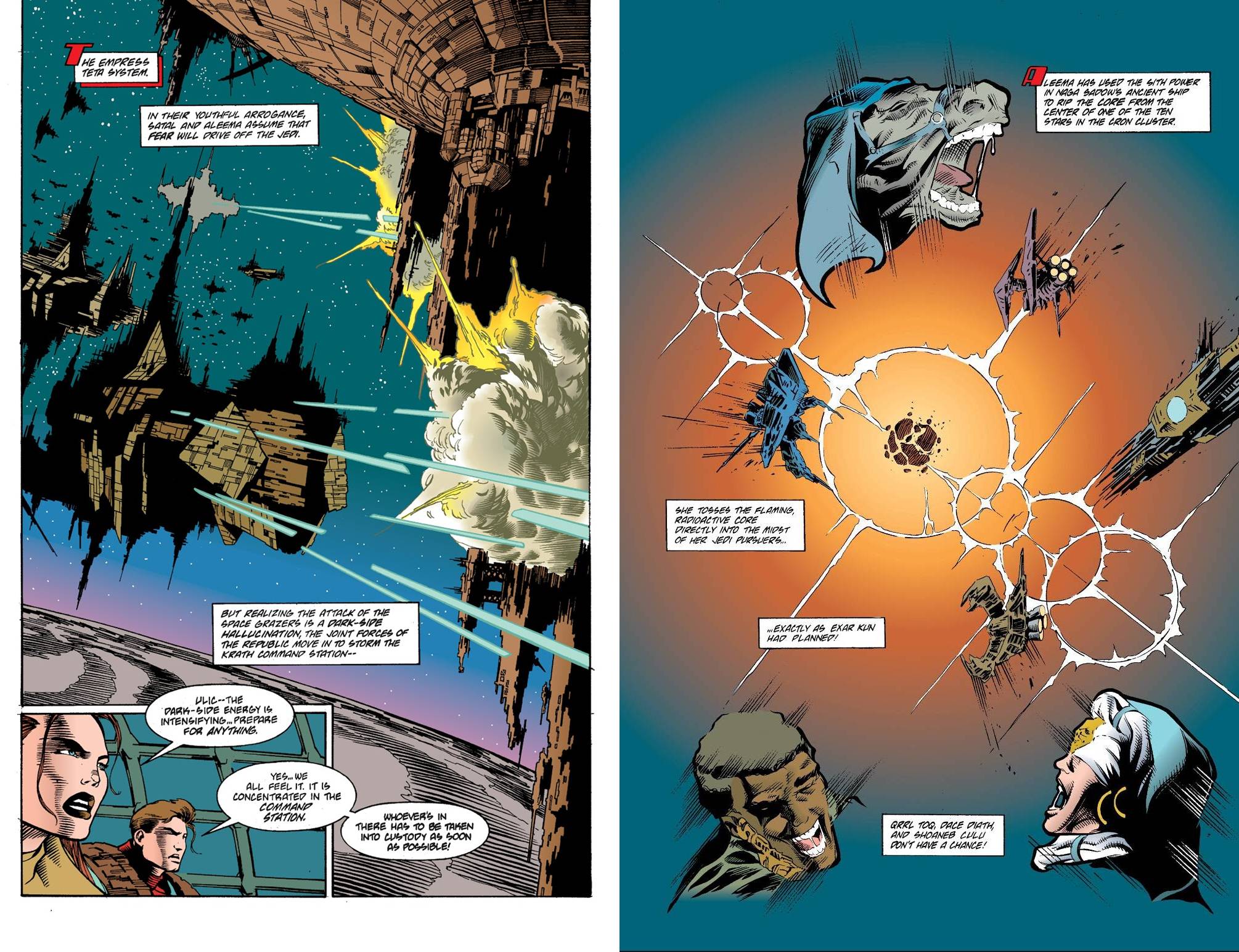 A second Tales of the Jedi Omnibus is entirely set in the same era that finished the first, with three primary characters followed. Ulic Qel-Doma and Nomi Sunrider were introduced in Volume One, and Exar Kun turns up in the second story here. All are Jedi trainees when events begin, and each follows a different path. A story played out over generations several thousand years apart in the Star Wars universe is how the Force can be seductive, and any Jedi not of strong enough character can be seduced to darkness. This is another version.

Tom Veitch, then Kevin J. Anderson follow through an entire epic of ambition, manipulation and sorrow, over what can also be found as four separate trade paperbacks. The earlier episodes, available separately as The Freedon Nadd Uprising and Dark Lords of the Sith, were published relatively early in Dark Horse’s control of the Star Wars comics franchise and haven’t aged well, and neither has The Sith War, not least for never really transcending the familiarity of the plot. It’s only what was originally published as Redemption that offers something different. Another problem is Anderson in particular playing fast and loose with the Force depending on how convenient it is to his plots. One evil Sith Dark Master readily communicates from beyond the grave, in effect motivating everything that occurs, yet others remain resolutely dead. Many Jedi Masters are gathered in a single location, a couple of them having lectured to their trainees about attuning themselves, yet everyone is taken by complete surprise when an attack occurs. Such flaws applied to a plot where the originality is only in moments rather than throughout, provide an unsatisfying reading experience.

Unfortunately the art doesn’t rescue the content. Chris Gossett (sample spread left) is superb with technology and locations, but all too often slapdash when it comes to people. Dario Carrasco’s designs are also good, but overall his art doesn’t come close to matching what he drew in Volume One, so poor in places it’s amateur, and rarely makes the most of the visual opportunities provided. The right hand sample page ought to have a sense of widescreen awe given what’s happening, but it wastes the scene. Art Wetherell finishes one of Gossett’s stories, using a blockier version of his style that isn’t as attractive, and Tony Akins is much like Gossett in that some of his pages are delightfully ornate, but all too many are ordinary.

As noted, it’s only the final section that really offers anything new. It’s set ten years after the remaining content, when themes of sorrow and regret have entered the equation, and Nomi’s daughter Vima is now a rebellious teenager. Her mother is occupied with incredibly weighty matters, yet Vima feels she’s always secondary, and if she’s really so attuned to the Force, the time has come to be trained. The person she selects to do this would be no-one’s choice but hers. Anderson supplies a greater intimacy, Gossett’s art is more attuned to people, and there’s a good ending. It’s the best story here.

When Star Wars comics were in short supply these stories were well received, but Dark Horse subsequently published much better Star Wars material. 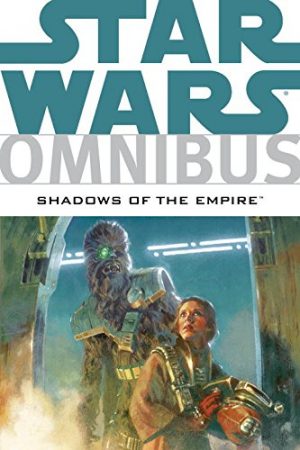