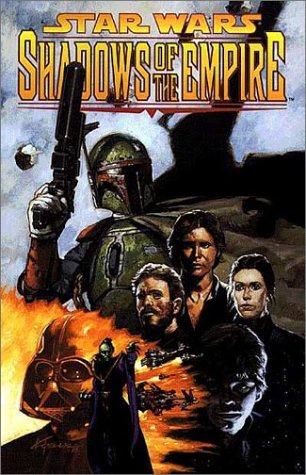 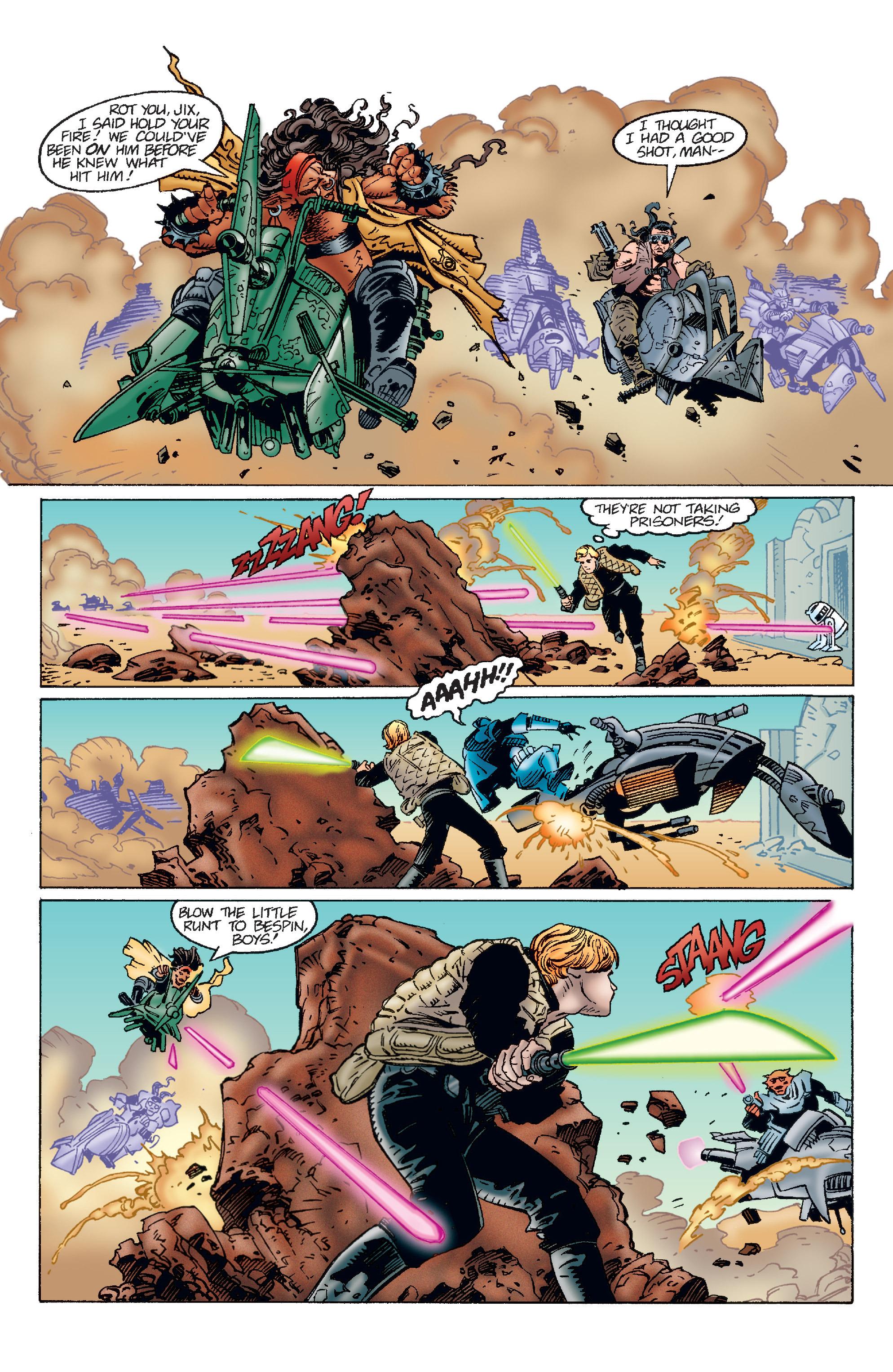 Shadows of the Empire is set between The Empire Strikes Back and Return of the Jedi, and so the starting point is a rescued Luke Skywalker with a newly affixed prosthetic hand now aware who his father is, but keeping it secret, and Darth Vader still confident Luke can be turned to the dark side. Han Solo is encased in carbonite and being flown back to Jabba the Hutt by Boba Fett, and Princess Leia has to meet Prince Xizor, revealed early as a manipulative rogue aiming to displace Vader as the Emperor’s ear.

Conceived as a multi-media experience via simultaneous launch as a video game, a novel and a graphic novel, each portion of Shadows of the Empire starts in the same place, but while keeping to broad points, each diverges. Under John Wagner, the graphic novel focuses on the galaxy’s villains, and the bounty hunters who chase them down. As Fett discovers, there’s no honour in his trade, and the sections where he’s outwitting his competitors provide the best aspects. Wagner had been writing science-fiction based adventure for a long time before taking this on, so he he has a solid grasp of what’s required for an episodic tale, but this never takes flight as it should. The over-riding impression is that he’s professional, but has no great affinity for the cast or their world.

Killian Plunkett has a great loose and sometimes scratchy style, designs good aliens and builds character well. He packs his panels with eye-catching detail. An example is the opening of the second chapter in which there’s a discussion with Jabba while he’s eating, and Rancor is prancing around. Plunkett’s also good with locations, but he’s not as good with space battles. His craft are extensively detailed, and if a single striking image is needed that’s great, but the battle scenes don’t have the memorable aspects of those by other Star Wars artists.