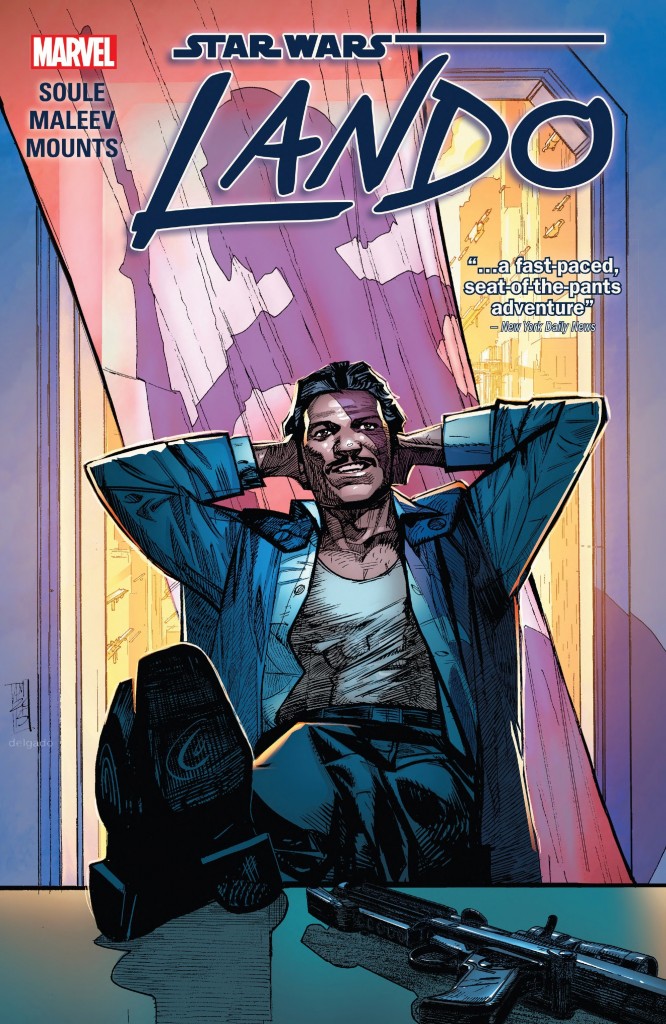 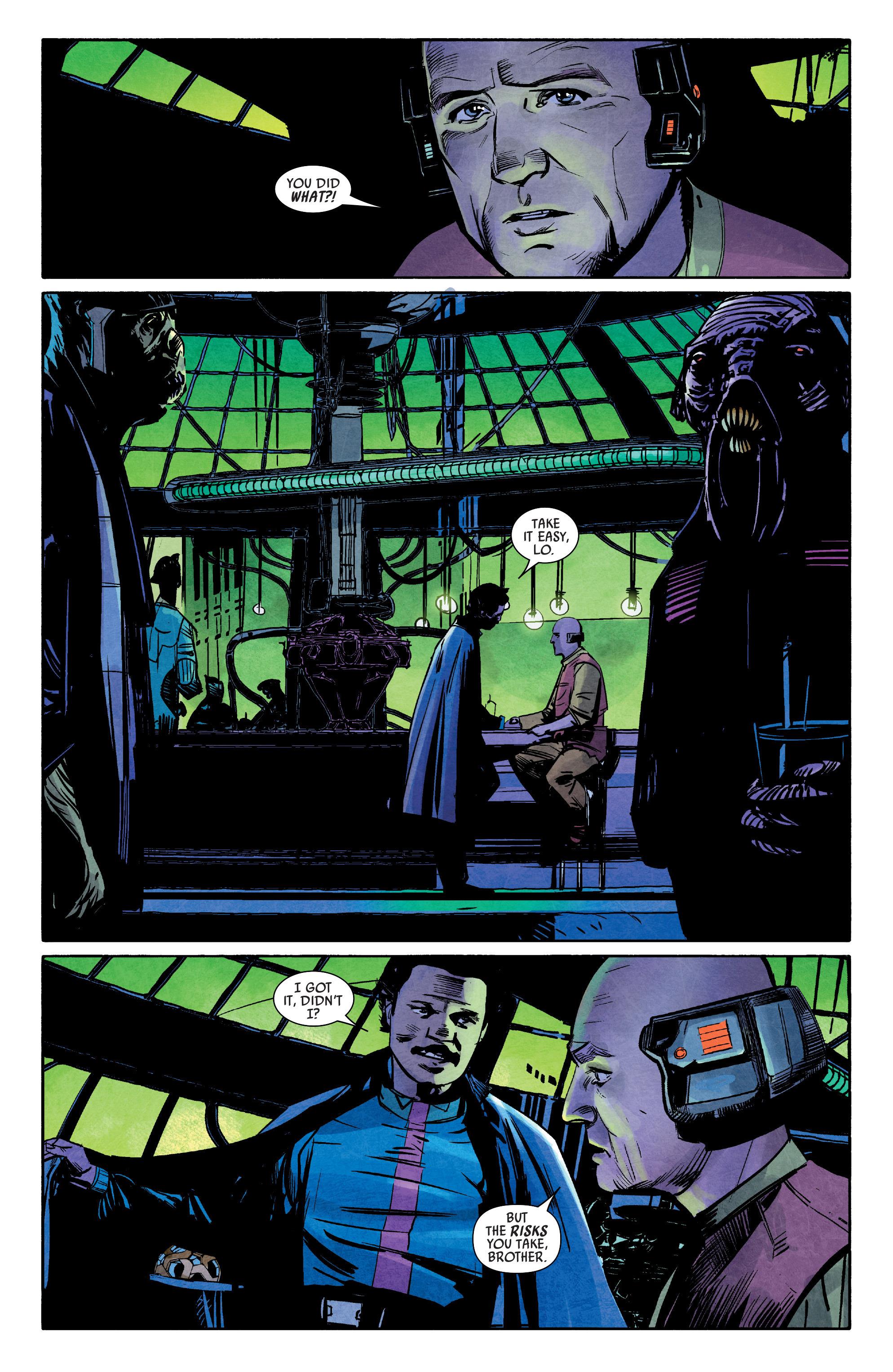 Anyone hoping to see Lando Calrissian in Star Wars: The Force Awakens felt a bit cheated when he didn’t appear. That doesn’t mean he’s been absent from the Star Wars universe. He’s appeared in books, the animated Rebels and the upcoming Han Solo prequel. And there’s this stand-alone written by Charles Soule and illustrated by Alex Maleev.

Star Wars: Lando takes place around the time of A New Hope and leads into the events of The Empire Strikes Back. Times are tough for those forced to make a living through more nefarious means. Fortunately the Rebel Alliance is helping matters, keeping the Empire preoccupied, which opens opportunities for any smugglers and pirates willing to try. Lando Calrissian is one such and he is willing to bet all on one single score. Especially if it’ll free him from his debt to crime boss Papa Toren and leave plenty over. The job is straightforward. Steal a pleasure ship, return it to Toren and keep whatever’s on board. Accompanied by best friend Lobot, a genetic enhanced living calculator, Lando is confident of success. He has a good team assembled and retirement is calling. Of course, he doesn’t know who the ship belongs to. If he did, he might be thinking otherwise.

Lando is pretty good. Soule’s heist caper presents Lando as a lover not a fighter, a gambler and a confidence man with plenty of charm, sex appeal. The devil may care attitude shines through. He’s also selfish, less concerned with the lives of others than he is with his own agenda, he has a sticky moral compass and Lobot is his only true friend. There’s good camaraderie there, Lobot himself an interesting character. Maleev’s style is unusual for a Star Wars tale, yet works quite well, better as the heist goes progressively south. His action scenes are vibrant, the violence enhanced by Paul Mounts’ colouring. They capture the mood of each scenario whether an airy apartment or a dingy nightclub. The plot is formulaic, so  you’ll  know where this is going if you know the films. What Soule and Maleev are doing is paving the way to what we already know, which is predictable, but far from boring. The dialogue is sharp, the characters interesting and the story great fun.

Star Wars: Lando is as charming as Lando himself with surprising tender moments, and explains why Lando made the choices he did in Episode IV. It isn’t what you might expect, but it is a cracking read.

Lando is also collected in the hardcover Star Wars: Heroes for a New Hope.