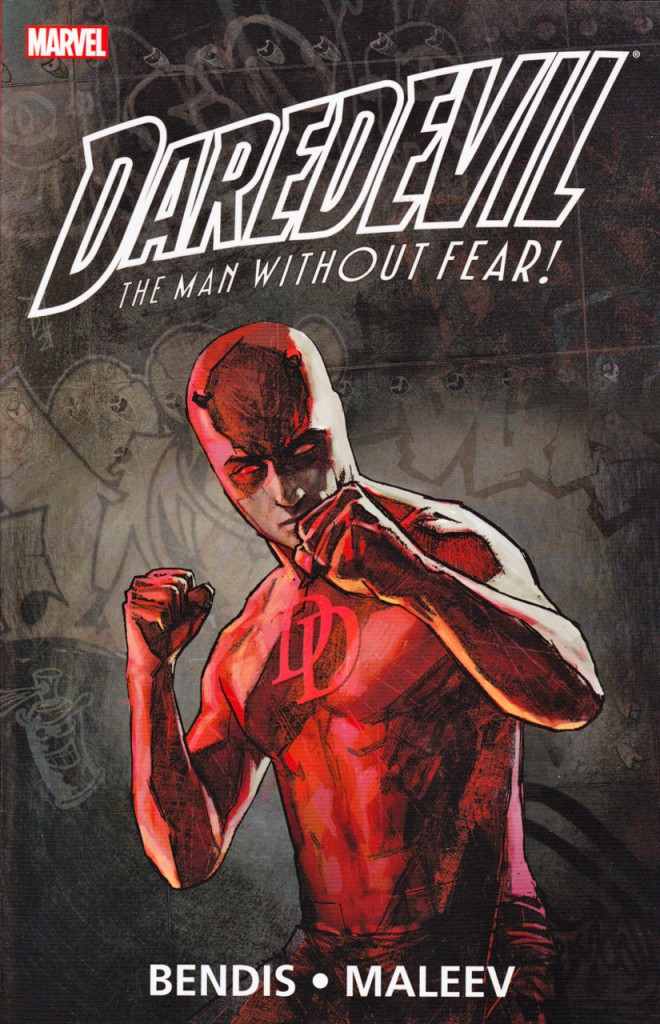 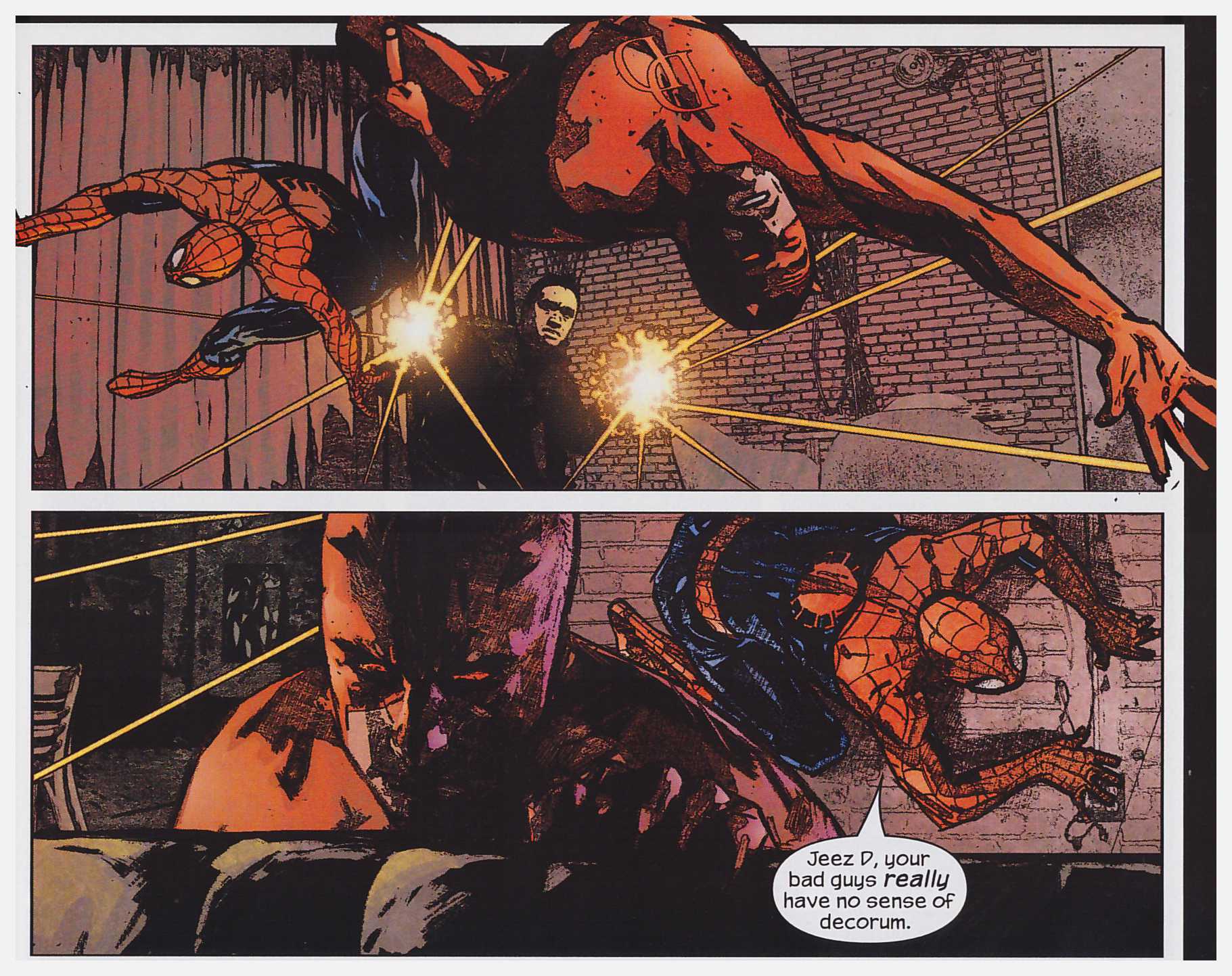 This middle section of Brian Michael Bendis and Alex Maleev’s run on Daredevil is the cream of the crop. Both opening and closing volumes of this three issue series have some material not matching the remainder, but there’s very little fat to be trimmed here.

In the previous volume speculation as to Daredevil’s civilian identity became common currency, and true as it happens. Yet the idea that a blind lawyer might also be a superhero isn’t discounted as ridiculous, and several of Daredevil’s foes seem to believe it to be the case. The issue complicates and informs pretty well every Daredevil story Bendis writes.

The revelation coincides with room atop the pyramid that is New York’s crime network. The Owl, the Kingpin and the Yakuza all lay claim, some more convincingly than others. One corollary of Matt Murdock being claimed to be Daredevil is that he’s accompanied by protectors, enabling other Marvel guest stars, among them private detective Jessica Jones, and Luke Cage with his steel hard skin. When the Black Widow drops by for the final sequence she brings her own problems with her.

Other superheroes also appear in a sequence where Daredevil investigates possible ways out of his dilemma. The best of them are drawn by Chris Bachalo and P. Craig Russell.

Bendis introduces several fine new characters to the cast. Primary among them is Milla Donovan, a blind person first rescued from the wheels of a passing juggernaut, who rapidly comes to mean an awful lot more to Murdock. Her involvement is central to the stunning bombshell dropped in the middle of the King of Hell’s Kitchen arc. There’s also egotistical hitman Quinn, who records his thoughts mid-operation for his eventual memoirs, and FBI Agent Del Toro, who’ll play a greater part in the next collection. Her colleague Agent Hoover remains a fine and sarcastic foil for both heroes and villains. “Leland Owsley back from beyond the grave. The Owl. Ooooh, the Owl.” and to the Kingpin “I wondered what a man who lost everything looked like. Now I know.”

The art of Alex Maleev is a double-edged sword. On the one hand his grimy, grainy depictions drip crime noir, and he’s adept at keeping pages of talking heads looking interesting. On the downside digital manipulation permits the constant recycling of images, and when it occurs three times on the same spread (and not for dramatic emphasis), it’s plain idle.

Those who prefer their Daredevil in lighter chunks will find the material here in individual volumes titled Lowlife, Hardcore, King of Hell’s Kitchen and The Widow.