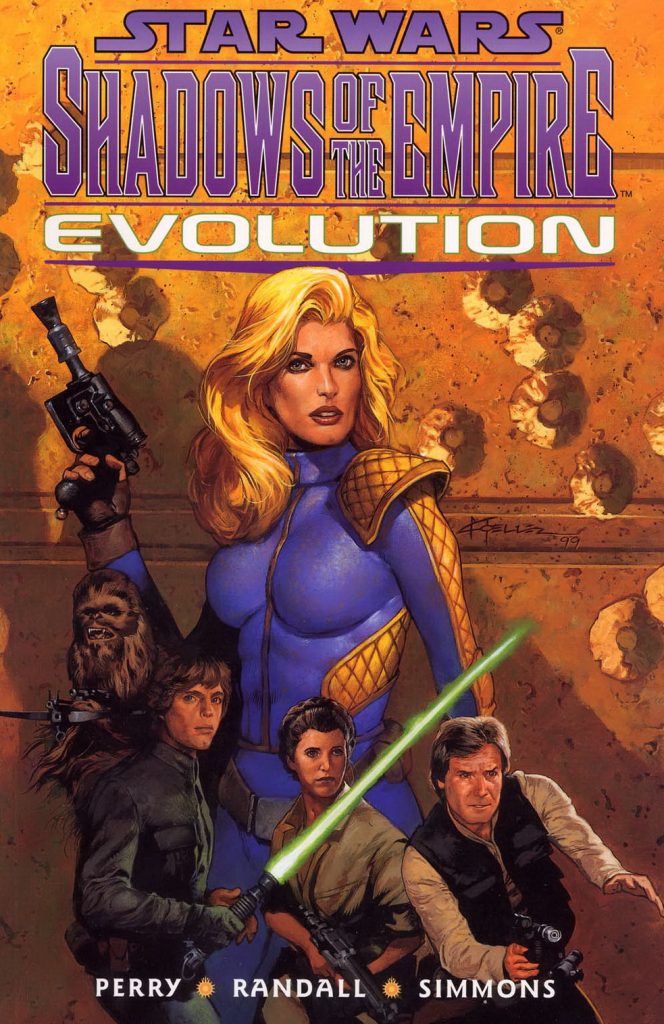 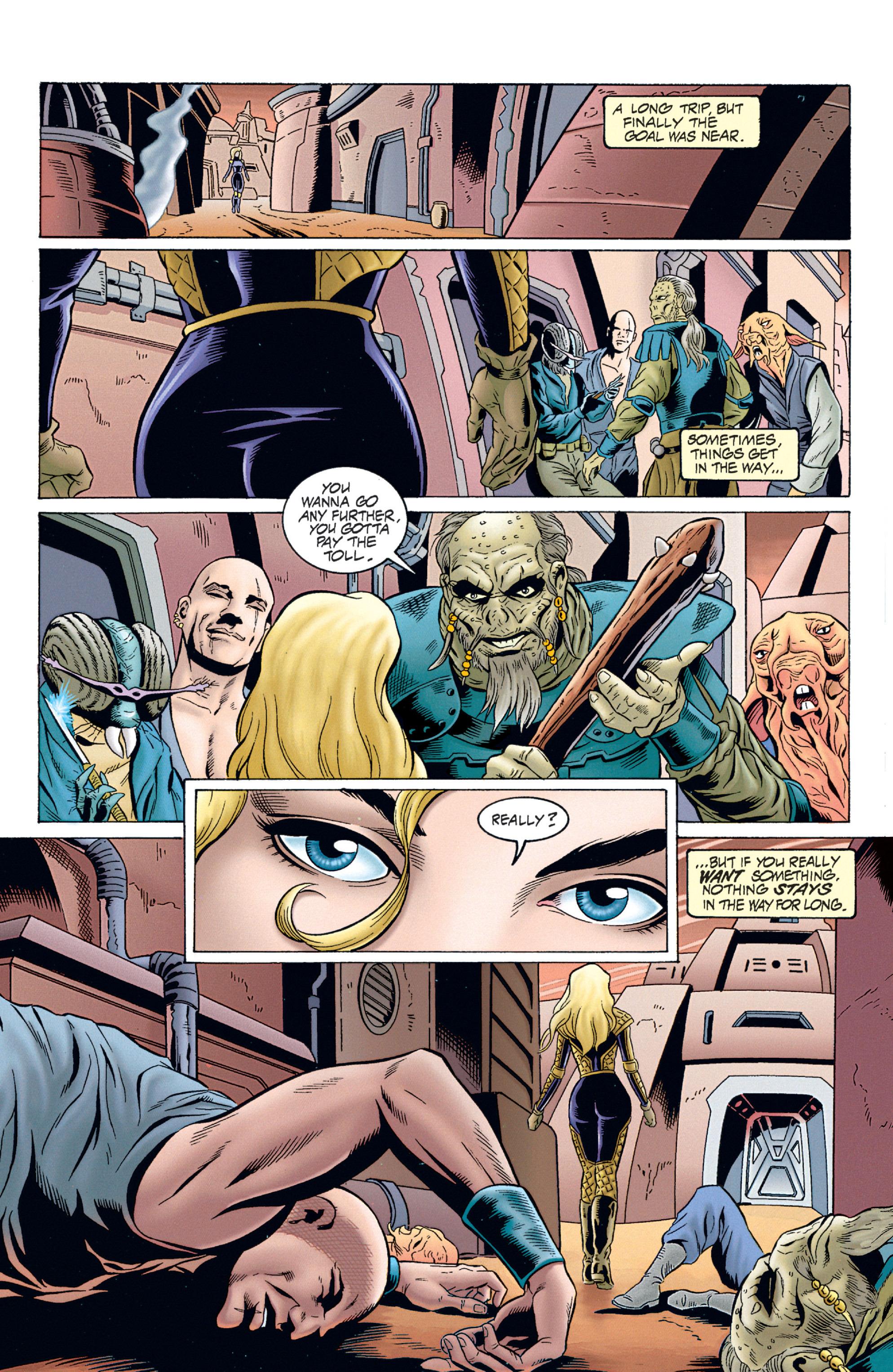 Guri, a replica human droid played a small part in the original Shadows of the Empire graphic novel, as an assistant to Xizor, but moves centre stage for Evolution. She can pass for human in almost every respect, and wants to delete the programming that also compels her to be an assassin when ordered by the right people. There is someone who can do this, but in order to do so needs his medical droid, who’s been abducted by a rogue scientist called Spinda Caveel. In order to move a step nearer to human it seems as if Guri must access her programming a final time.

In some Empire era and New Republic Star Wars graphic novels the Black Sun criminal organisation and its associates have proved rich storytelling material, and it’s again involved in the machinations of someone who’s tracking Guri.

When the Shadows of the Empire project was prepared, science fiction novelist Steve Perry came aboard to produce the novelisation, and Evolution is his first comics work. Considering that’s the case, it’s an impressive effort. Perry’s at his best when he limits himself to using cast members whose creation he was involved in, surrounding them with assorted others who play well off them. There is a minor problem with the pacing, which is stop/start at times, and when familiar faces do turn up their appearance is gratuitous, seemingly more connected with pumping up sales than narrative purpose.

Ron Randall is an accomplished artist whose clean pages appear influenced by Brian Bolland. He creates convincing locations and populates the story with interestingly designed aliens, but does tend to objectify Guri, who’s constantly drawn with chest or bottom sticking out, her figure emphasised by clinging clothing. Given her predominantly blue uniform, her external shoulder pads and Randall’s style, there are times when she resembles Judge Anderson. Randall puts the effort in, though, with several well designed montage pages standing out.

Evolution is now collected with its forerunner in the Shadows of the Empire Omnibus, or alternatively in the Marvel Epic Collection: The New Republic volume one.