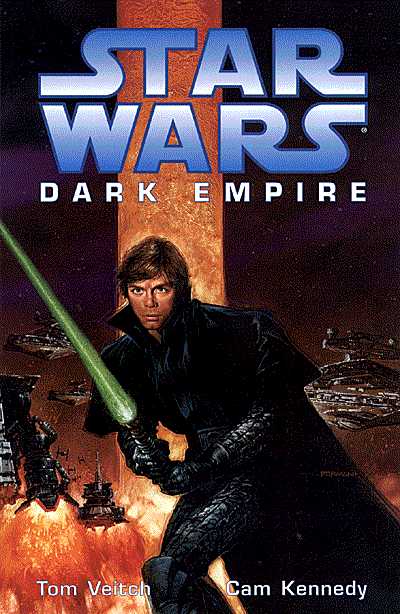 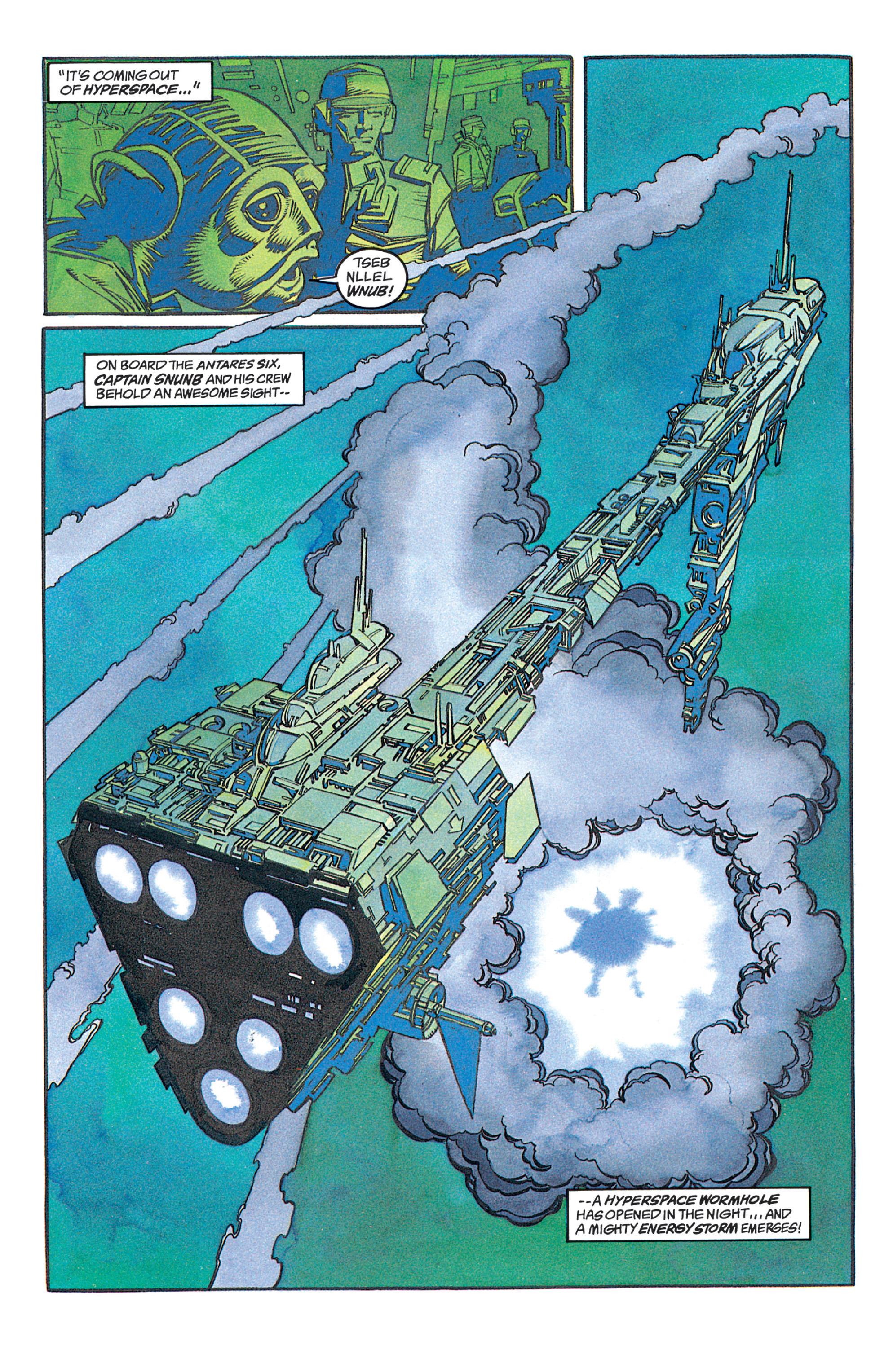 Tom Veitch and Cam Kennedy first began working on Dark Empire for Marvel in 1988. It only saw publication after Dark Horse picked up the publishing rights to all Star Wars comics in 1990. Obviously Dark Horse saw something in their story that Marvel hadn’t, and their foresight was justified as Dark Empire marked a new era, rejuvenating the Star Wars comics franchise. Imagining how events might play out post Return of the Jedi is currently producing exciting new films. At the time of Dark Empire it was unusual, perhaps even unimaginable.

After the deaths of Emperor Palpatine and Darth Vader, the Empire splintered into warring factions. The Rebel Alliance, under the banner of the New Republic, took advantage and gained much needed ground. Luke Skywalker, Lando Calrissian and Wedge Antilles attempt to press the advantage further on the planet Coruscant. Disaster strikes and while Princess Leia, her husband Han Solo and the Alliance stage a rescue, Luke senses a disturbance in the Force. As the Empire coalesces again, Luke must make decisions that save the Galaxy but darken his soul, and to save him and all she loves, Leia must embrace her own heritage. Not as a princess, a wife or a mother but as a Jedi. The future of the Galaxy depends on it.

Before this the policy was for Star Wars comics to focus on the films and events in-between. Veitch and Kennedy saw potential for stories beyond that. Even now, roughly thirty years on, the level of work both creators contributed is impressive, while Kennedy’s art isn’t what you would expect to see in a Star Wars tale from any period. Character features are expressive, battle scenes contain oodles of detail from the big to the minute. debris floats across the empty vastness of space. and the subtleties of starfighters’ and cruisers’ flight patterns and formations are very convincing. Panel layouts engage. Splash pages are swathed in washes of watercolour in blues and yellows over inks and pastels.

Fot his part, Veitch introduces many interesting concepts and ideas, particularly for Leia. Cult characters feature while old ones are reintroduced, but Veitch uses them to facilitate his story rather than bog it down in nostalgia. There are worlds to create, options to explore, the plot twisting and turning, yet his ideas make sense. Yet while Dark Empire undoubtedly opened the way for the 1990s Star Wars revival, it is affected by the passing of time. Kennedy’s use of monotone colours impresses at first, then distracts. It shifts focus away from the characters you should be paying attention to. His strong 1980s fashion sense has dated too. Stylish on release it now makes fashion victims rather than pop culture icons. Veitch’s writing has a tendency to waffle on, falling into grandiose narration.

No, time has not been kind on Dark Empire. Despite that, the art is impressive more often than not and its bold ideas opened the way for later stories in all media forms. You can argue that it isn’t official canon and thus irrelevant, but it’s difficult not to see the influences Dark Empire has left on the franchise. There are even little things in The Force Awakens that make sense after reading this. Dark Empire II picks things up a few months later. Both are more readily found in Marvel’s Dark Empire Trilogy collection . 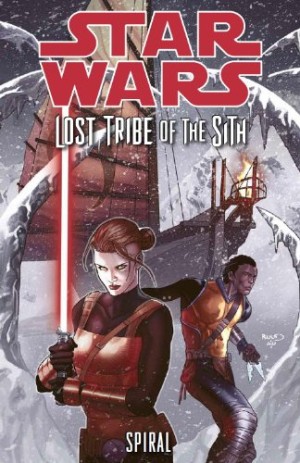