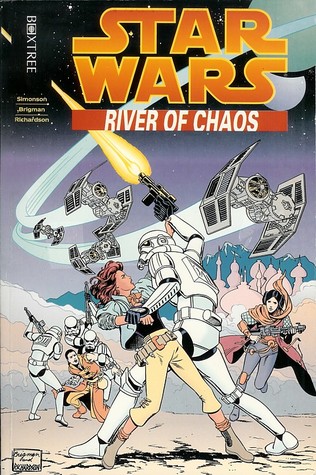 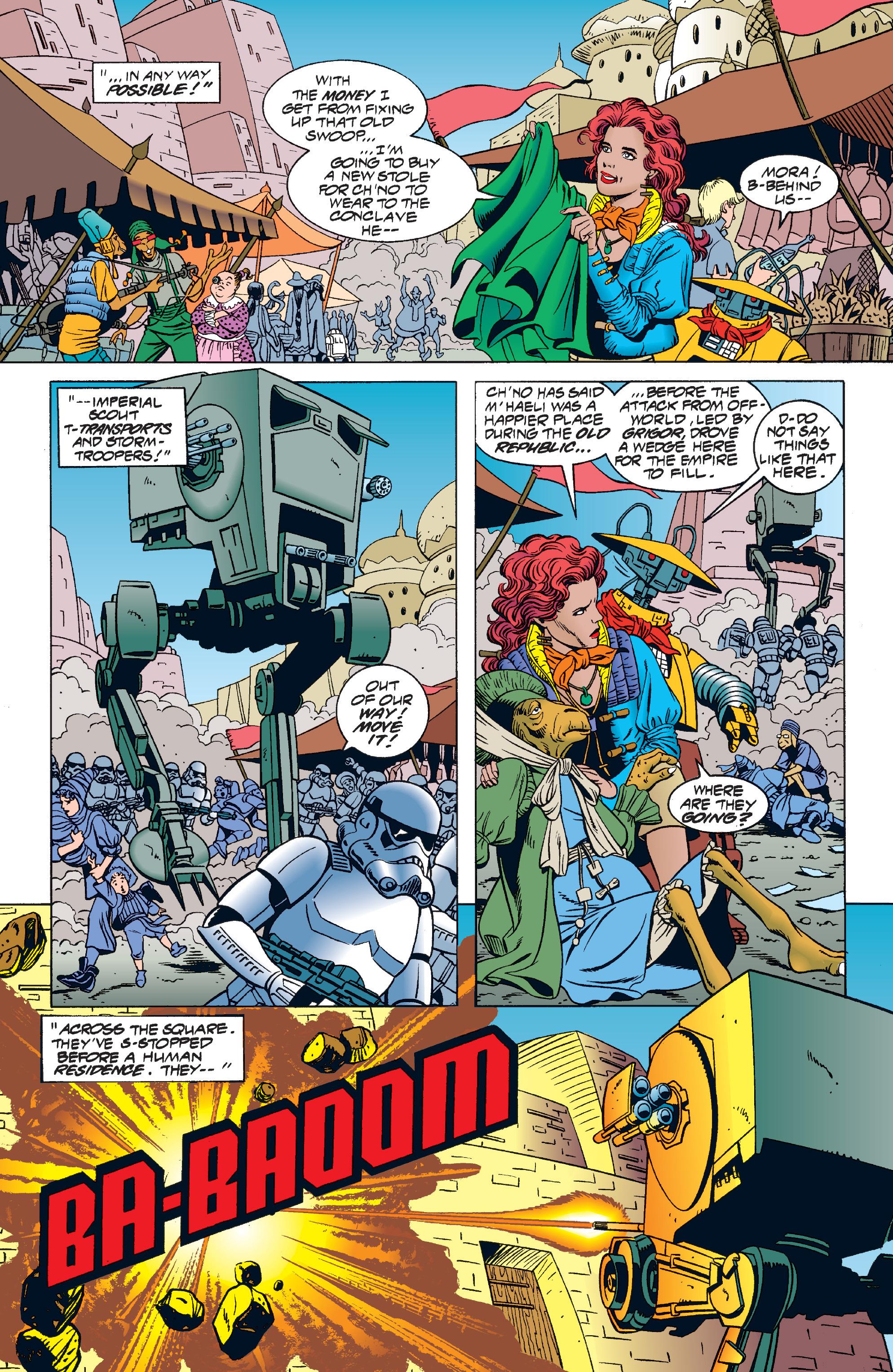 Until gathered as part of the large Early Victories Omnibus in 2008, River of Chaos was a relative rarity, never issued beyond serialised comics in the USA, while making it to print in the UK as part of Boxtree’s short lived graphic novel line.

M’Haeli is spiritual planet where humans share space with the H’drachi, among whom certain adepts can predict the future. The most accurate is Ch’No, who adopts an abandoned human baby. The older Mora becomes, however, the more she disrupts the time stream via her presence, throwing the future into uncertainty. Also uncertain is military hero Ranulf Trommer, sent by the Empire to M’Haeli to monitor Governor Grigor, considered untrustworthy, but Trommer is having doubts about his service.

As seen by the sample page, June Brigman’s art is fantastic, detailed and individual, and helped by the distinctively bright colour applied by Dave Nestelle. Then Louise Simonson’s provided Brigman with a clever story. It mirrors her theme of uncertainty, because on several occasions a supposed predictability about the plot is thrown into disarray by a wild card, Ranulf’s doubts and his attraction to Mora. There are a few too many self-reflective thought balloons for today’s tastes, but otherwise Simonson plays well with the conflicts of loyalty set against love, and there’s a subtle side dish explanation of how the innocent can be forced into rebellion through persecution. The tension keeps escalating, and as Princess Leia is the only known face in the cast there’s no guarantee of survival for most.

It’s presumably down to low sales of the original comic serialisation that River of Chaos never saw a US graphic novel publication, but it’s far better than many that have. Top notch adventure.