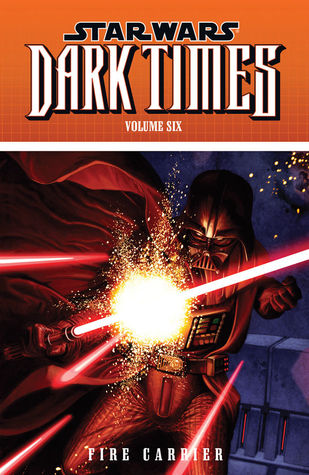 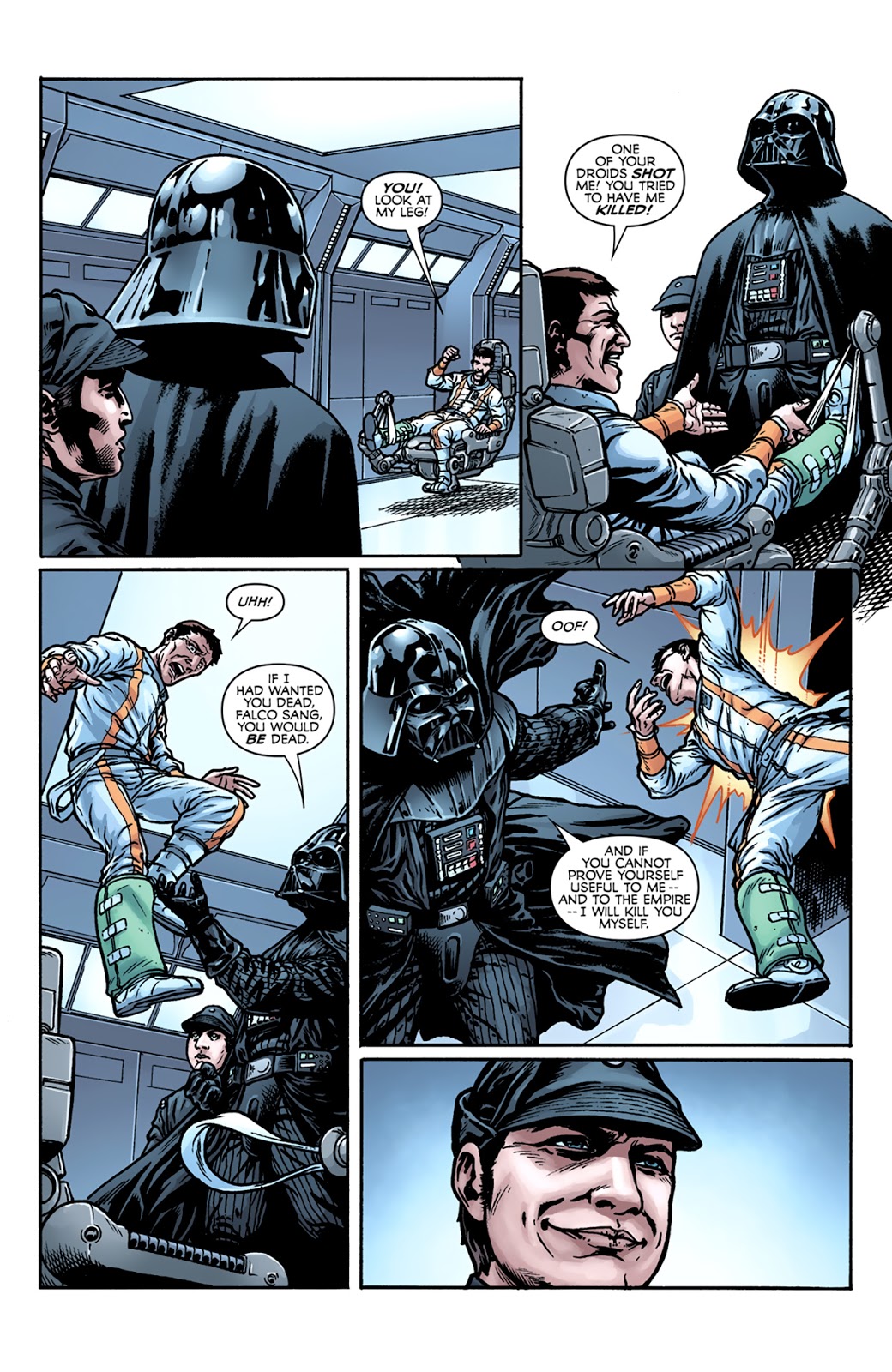 When last seen in Parallels, three volumes previously, Jedi Master K’Kruhk had saved his group of padawans from hostile space pirates, but only at the cost of displaying his darker side. At least the pirates provided a spacecraft enabling K’Kruhk and his charges to escape the planet on which they’d been stranded. This, though, only manages to transport them to the refugee camp on a neighbouring planet. All is not, however, what it seems.

Yes, with Fire Carrier the plot strand that writer Randy Stradley appeared to have forgotten slides back into view. K’Kruhk is an interesting character, physically imposing and with a warrior’s features, he’s naturally intimidating, yet largely a spiritual man of peace, and joining forces with another Jedi who appears in the refugee camp enables escape.

As ever, the series flits back to Darth Vader for a two or three pages at a time every chapter. Vader has become obsessed with tracking down another Jedi Dass Jennir, but learns little. It’s a weak point of Stradley’s plotting that Vader doesn’t accomplish much here, or in previous volumes. As the nature of the series is to swivel the spotlight in assorted directions it might have been better served with a dedicated story arc following Vader exclusively rather than have him intrude into other plots with largely irrelevant interludes. Of course, it runs parallel with other Darth Vader stories, particularly Darth Vader and the Ghost Prison.

Gabriel Guzman illustrates this story. He’s not as photorealistic as regular series artist Douglas Wheatley, but no slouch in providing exciting layouts, although falls down with oddly pudgy people in places. The story of K’Kruhk and the padawans is concluded here, with a question mark still hanging over how one of them will develop. It’s not the strongest in the series, with little in the way of unpredictability.

Dark Times continues with A Spark Remains and the Dark Time Omnibus volume two collects that along with Fire Carrier, and the earlier Blue Harvest and Out of the Wilderness. 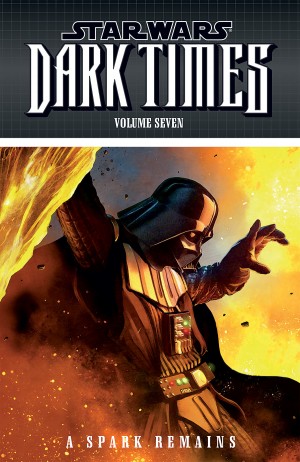