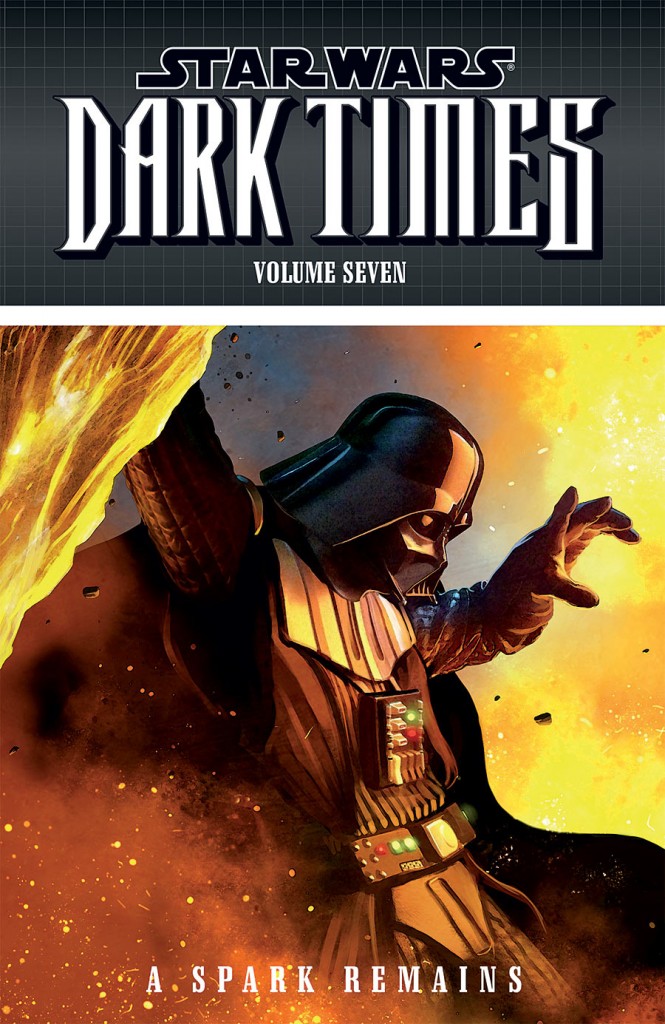 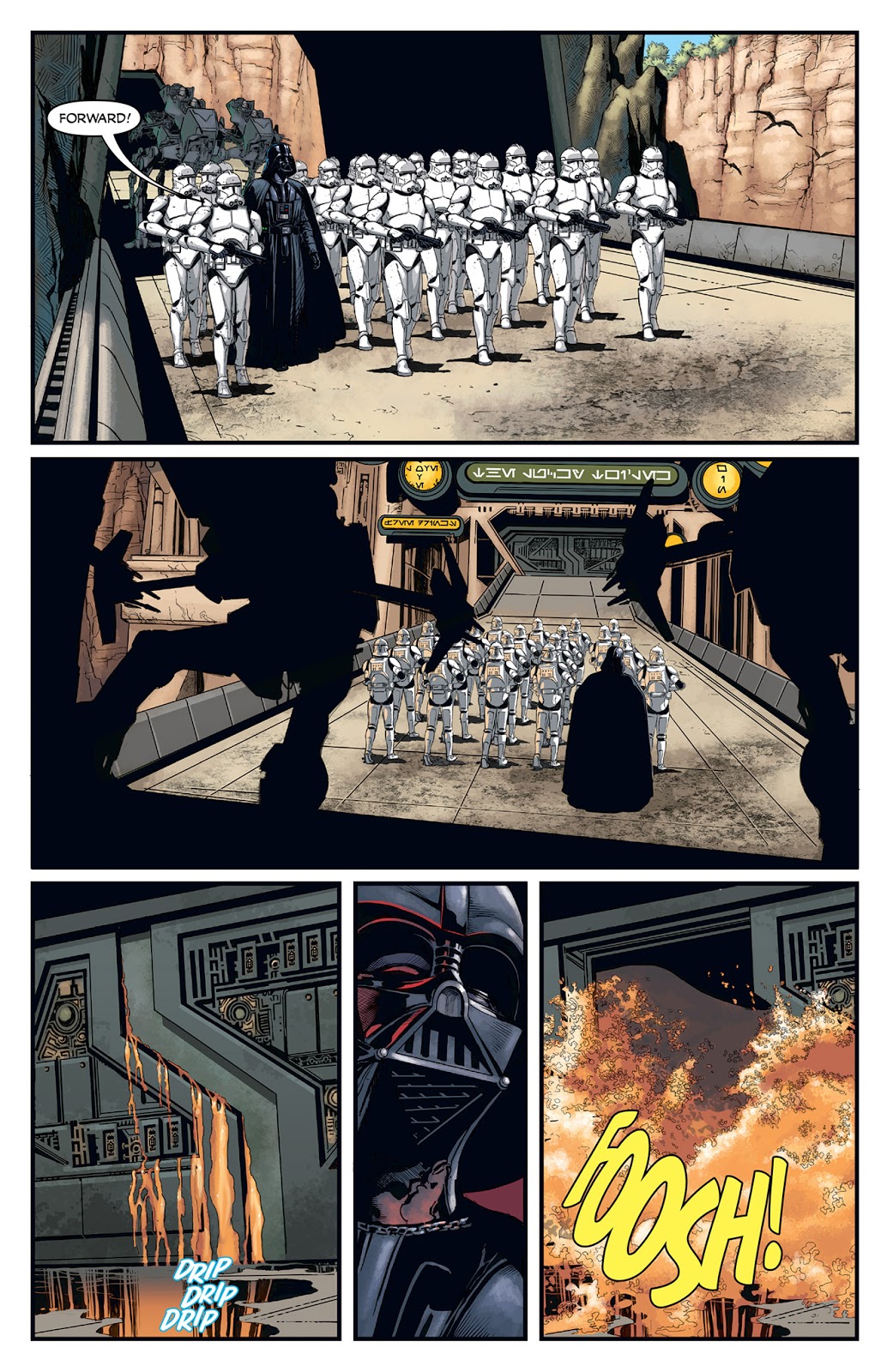 Up until this point in the Dark Times continuity, separately and together both Jedi Dass Jennir and the crew of the Uhumele have been largely reactive, but when information comes their way that might enable them to deliver a significant setback it causes divisions. There’s another change here as well. Throughout the series Randy Stradley has supplied decent action-motivated plots, but they’re resolutely linear and springing surprises hasn’t been one of his strengths. That changes here with a spectacular bombshell, later followed up with another decently plotted shock.

This is the final Dark Times volume, and whether intentionally or via foreknowledge there is a valedictory feel imparted, and an increased level of tension. Darth Vader takes a far more direct role in events than he has to date, and the assassin he saved previously also has a part to play. There’s also the return of a character not seen since the final volume of Star Wars: Republic.

The plan conceived by the Uhumele crew is both fraught with danger and audacious, involving luring Vader and his stormtroopers to a fortified location and playing on his vanity and ego. At the same time he’s also aware that despite his apparent position as the Emperor’s favourite, this is a poisoned chalice.

Artist Douglas Wheatley returns to the cast he’s defined in brilliant fashion throughout, exceeding his previous high standards with some frankly astonishing art here. In the opening pages there’s a spectacular action sequence of Darth Vader marching a platoon of stormtroopers across a large stone bridge, and there’s plenty more to follow. Perhaps fittingly for a finale this is the best of the series.

Dark Time Omnibus volume two collects this story along with the earlier Blue Harvest, Out of the Wilderness and Fire Carrier.